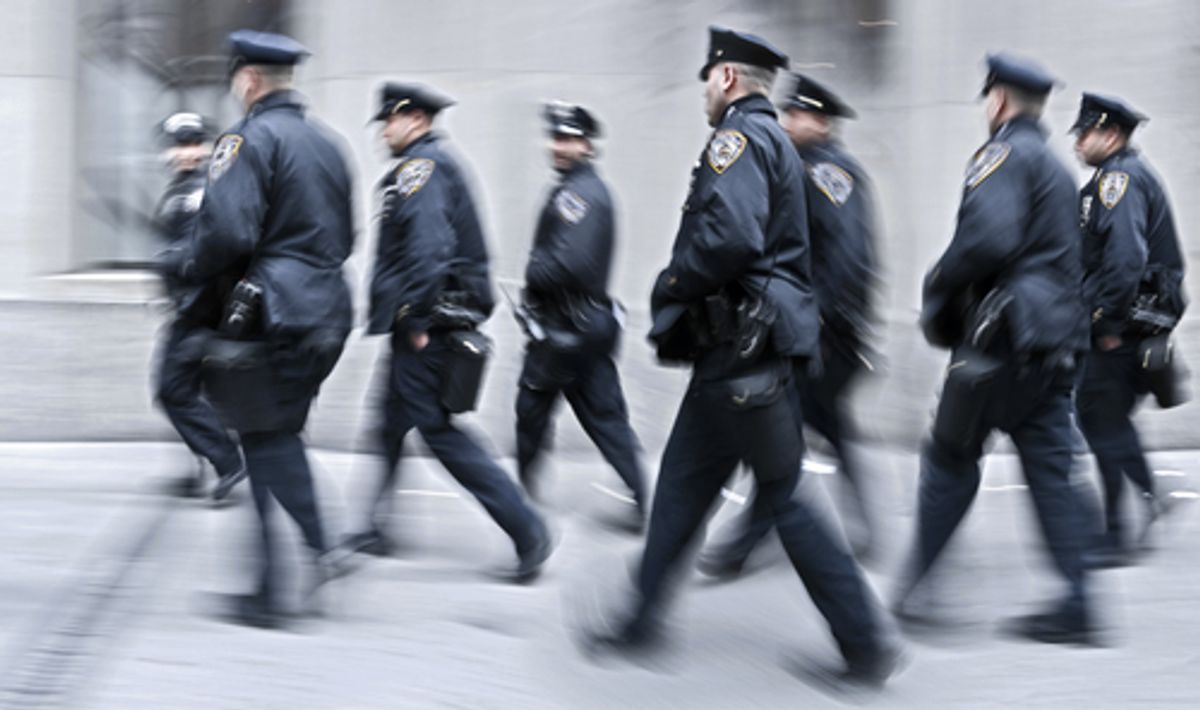 On the same week that footage of Philly cops spewing racist slurs during a stop-and-frisk went viral, other stories of police brutality, trigger-happiness and impunity around the country are worth bringing to light.

In Cleveland, cops who fired 137 bullets at the car of an unarmed black couple... The couple were riddled with bullets following a car chase which began when the sound of a car backfire was mistaken for a gunshot by police. Khalek noted:

However, “No one will be fired, and the longest suspension will be 10 days,” reports 19 Action News, adding that several officers were cleared of any wrongdoing.

The cops disciplined this week were not the cops who unloaded their guns, but were all in some way involved in the incident. A review of the shooting officers is still to come.

The incident is somewhat reminiscent of the recent police shooting on Capitol Hill, when police shot dead unarmed 34-year-old mother, Miriam Carey, following a car chase in D.C. The Metropolitan Police are carrying out a routine internal investigation into the incident, and two cops involved are currently off the street, but not necessarily off duty.

In the case of the racist Philly cops, their police department has trotted out an all-too typical "bad apple" defense. "Their internal affairs department is investigating the actions seen in the video but narrowed any found misbehavior by one of their officers to that individual alone," reported the New York Daily News. The Philadelphia Police Department has, however, faced a series of lawsuits in recent years for brutality and discrimination -- bad apples, after all, do not fall far from the tree.

Meanwhile, Khalek today also highlights the case of a Pittsburgh teen -- also unarmed -- who was paralyzed by police and still faces a potential 20-year prison sentence. Khalek highlights the following report from The Root:

Leon Ford Jr. was unarmed when pulled over by Pittsburgh police on the night of November 11, 2012...

Almost everything that happened next — whether Ford should have been stopped, what happened when Pittsburgh police officers approached Ford’s car, what Ford and the three officers said and did, even the order of events — is disputed.”

But this much is not: Ford, 19 at the time of the incident and unarmed, was shot multiple times and left paralyzed below his waist and now faces up to 20 years in prison. He has been charged with aggravated assault along with two counts of reckless endangerment and traffic violations, including running a stop sign and reckless driving.