My dinner with dopey Breitbart and Tucker Carlson: Bill Ayers talks to Salon 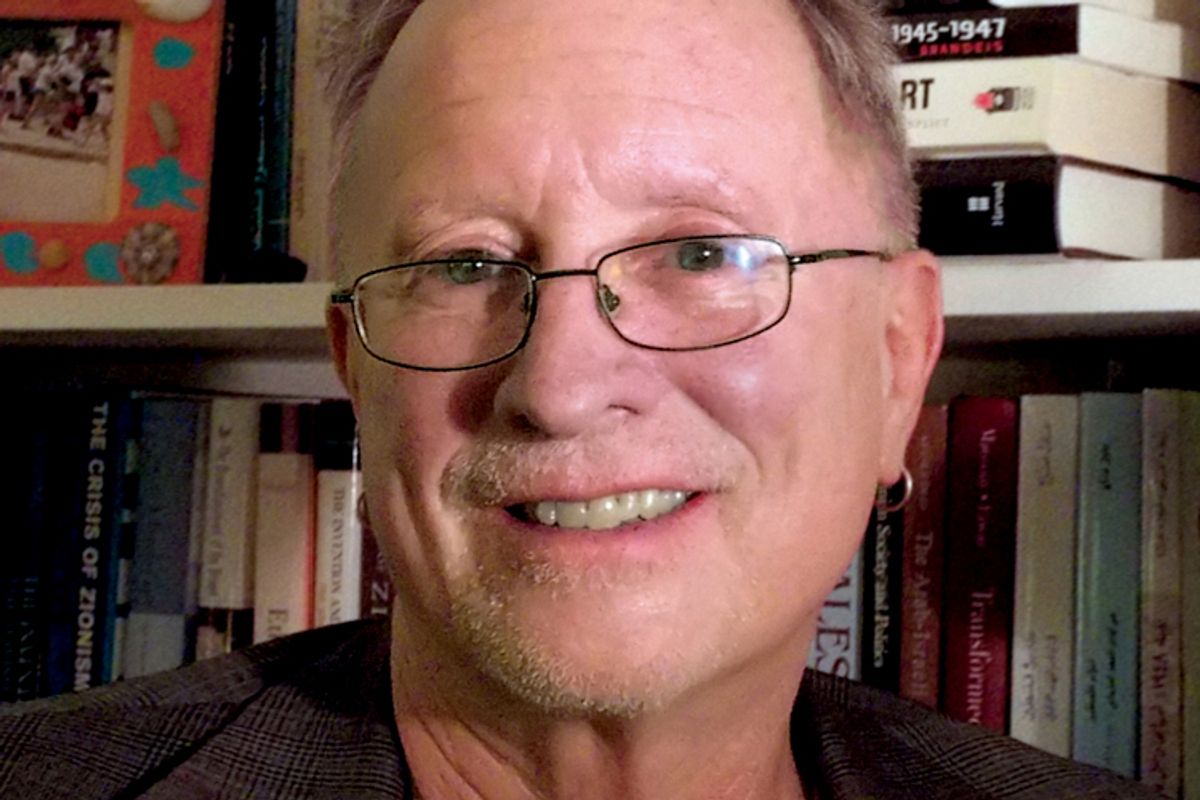 Bill Ayers has been given many labels over the years. "Terrorist," "Radical," "Communist," "Anarchist," "Socialist," "Teacher," "Sell-Out." No one of them is correct, but there's probably a little truth to them all.

Ayers, now 68, is unburdened -- he rejects labels and embraces contradictions. The former (and founding) member of the Weather Underground, now an education theorist at the University of Chicago, was pushed unwillingly into the harsh glare of the political media's limelight during Obama's 2008 campaign -- he was the "terrorist" with whom the now-president had been "palling around" Chicago, as Sarah Palin put it. In truth, the president and Ayers have had little close contact, save for mutual involvement in the same education organization in Chicago some years ago. Indeed, Ayers has regularly spoken out against the administration's civil liberties and human rights record.

On the release of his new memoir, "Public Enemy" (his second to date), Ayers spoke to Salon about his current political allegiances, his feelings about the current state of U.S. politics and about having the right-wing blowhard Andrew Breitbart over for dinner before his death. The conversation below has been edited for clarity and brevity.

As a member of the Weather Underground in the late 1960s and early ’70s, you were designated a "domestic terrorist" and targeted by the FBI for setting off explosives in symbolically pertinent places, never injuring any people. In recent years, actions by activists which are, relatively speaking, less militant are decried as "violent." Recall, for example, Chris Hedges' condemnation of Black Bloc tactics in Occupy as a "cancer" -- and this tended to involve pretty minor property damage. Do you think the parameters of what gets treated as "militant" or "radical" -- by the authorities and in the public imagination -- have shifted?

I’m not sure. It may seem that way in the short term. But we get stuck if we start to worship the tactics of the generations gone by. In other words, street demonstrations and militant street actions may not be the form that it takes the next time around. Just to take Occupy for a minute, I think occupy accomplished things that had been unthinkable the day before it started, which is true of all social movements. The metaphor, the 1% and the 99%, -- which is a metaphor, is a compelling metaphor -- and it is a metaphor that everyone references now. It's not like they "won," but in terms of changing the frame of the discussion, the whole question of income inequality was put on the front burner by Occupy. I don’t want to heroize them but I think that we would be remiss if we stood on the cliffs of respectability and threw rocks at these folks. They did something remarkable. And they accomplished something remarkable. It wasn’t the end of anything, but it was, I think, worth applauding, worth supporting.

During the 2008 furor surrounding your connection with Obama, the tactic (first, as you have noted, dreamt up as a damage-by-association attack initially by the Clinton campaign during the primaries and later seized upon by GOP opponents) was intended to cast Obama as a leftist radical. The idea was that he would be tarred by association with you. In contrast -- however -- do you feel tarred by the public association to a president pushing a fierce and global neo-liberal agenda?

President Obama is sitting on the throne of Empire. And I have no doubt that’s what he’s doing. The Obama administration, on the issues that I care about, war and peace, incarceration, surveillance, education, they are on the wrong side of these issues. And the reason that they are is that we don’t have, at this moment, the kind of popular movement that can derail them. So we need a popular movement for a single-payer healthcare system. This health debate is so preposterous. It's dancing on the head of a pin. And who's on the side of so-called Obamacare? The health insurance industry, of course. They are the ones that are going to win, big time. And then you have the reactionaries going even crazier than that. We need a movement to fight for universal health care. The Obama administration is very similar to the Bush administration. In fact you can’t see anything much different between the two. They believe in privatizing public space, which I’ve spent my whole life opposing.

You live in Chicago, a current locus in the fights over government-supported privatization efforts with regards to education, where there is a galvanized pushback by the Chicago public school teachers and their supporters are pushing back. Has this movement heartened you? Where do you think it might lead?

I'm even more than heartened by it, I've been part of it. It's one of the most important pushbacks that we've seen against a national policy that is draconian and deadly. What's so amazing about the Chicago Teachers Union is that no one could have predicted this five years ago. You can't quite predict how resistance will swell up and what it will look like. What's so brilliant about the CTU today is that they've taken on the whole neo-liberal agenda of public school reform. When they went on strike, what you saw in the streets of Chicago was a social movement, disguised as a labor dispute. The first day of the strike saw 25,000 people rally in the downtown area. It was fabulous.

You detail in your book the surprising dinner party that took place with you, your wife Bernadine Dorhn, and conservative firebrands Tucker Carlson and Andrew Breitbart, after they had bid for and won the dinner as a part of a charity auction. Did you ever feel compelled to turn down the Tea Party ideologues; what was your takeaway from the dinner?

Bernadine and I often contribute to different organizations and causes when we are asked to. And we are often asked. And one of the things we typically do in an auction is, for example, to raise money for this little organization that we are on the board of, called the Public Square, we offer a dinner for six that we would cook and serve. And we’ve done this dozens of times. It didn’t seem extraordinary. And there was a little button that we auctioned where you could automatically get the dinner for $25,000. And Tucker hit it and got the dinner. A lot of my progressive friends were saying, "don’t do it, you’re going to legitimize these guys, they are going to take you to the cleaners, and they are bad people." And my response was: We already won. They gave us $25,000 to this progressive little organization. I’m willing to make them dinner. They were completely off balance from the moment they arrived. I think part of the reason is they are not very deep, they are not very thoughtful. Neither Tucker Carlson or Andrew Breitbart are all that bright. They had slogans that they threw around, they had ideology that they exhibited, but they didn’t have much to say. I think I write about this in the article about the dinner: One of their young associates was criticizing the Republican candidates in the primary -- this is leading up to 2010 -- and he kept saying, "he’s not a conservative, he’s not a conservative, she’s not a conservative," and I said, "what’s your definition of conservative?" And he said, "small government." And I said, "so you must think Somalia is a small-government paradise!" It struck me as so preposterous that that was his whole politics – small government – I mean, he must be dancing on his desktop with the government shutdown because that’s the ideology. He hasn’t thought it through. He doesn’t have to say much beyond that. But that’s what he says.

A lot of groups have tried to put you in box over the years. Is there any one you've felt aligned with of late?

All of us are being labeled all the time. I've spent my whole life as a teacher -- I've written books about the destructive nature of labeling. I could probably say that I'm a work in progress, living in a dynamic history -- incomplete, I am what I am not yet. That said, when it comes to prisons, I'm an abolitionist; when it comes to free speech, I'm a fundamentalist; when it comes to government, I'm a bit of an anarchist; with the economy, a socialist. If you add that all up, perhaps it's a label -- but it would be written in disappearing ink.