Ohio outrage: Publishing photos of an alleged sexual assault is disgusting and wrong 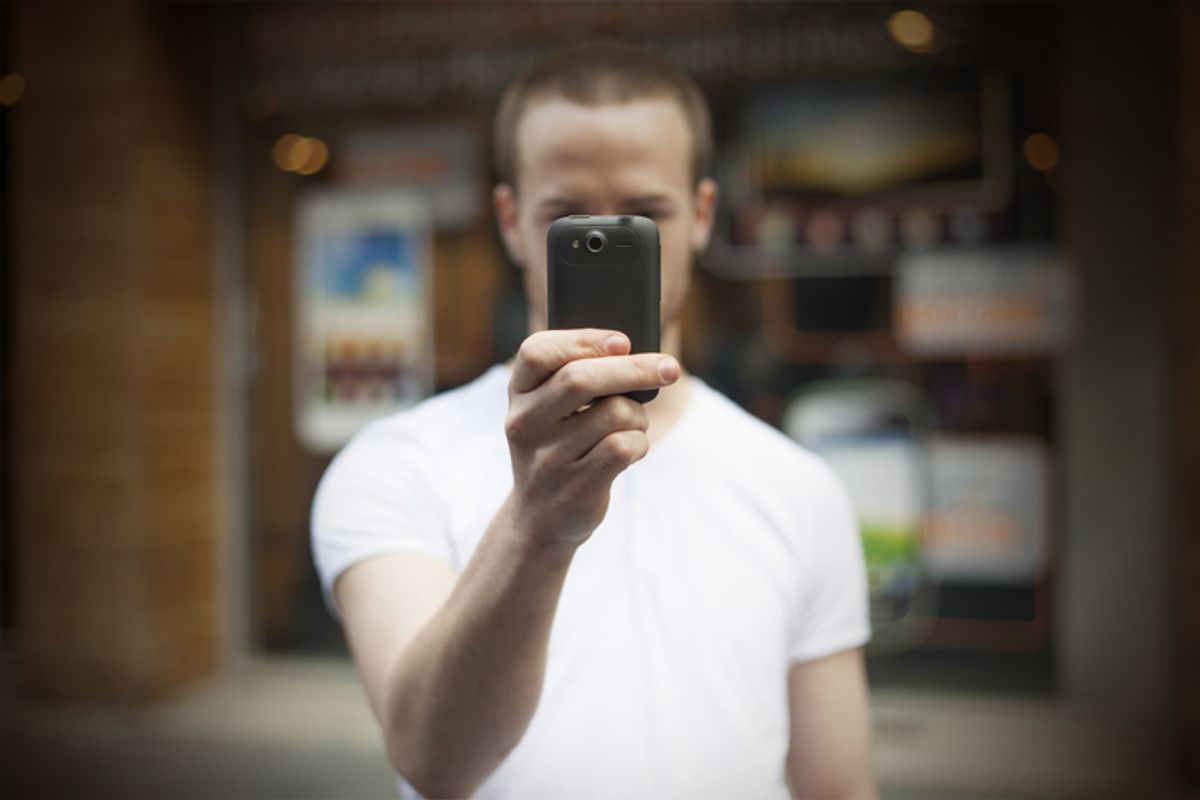 If you want to do a story about the ways in which the images of an alleged rape were horribly, dehumanizingly trotted out across several social media platforms, may I suggest you not republish the images?

The Ohio University newspaper The Post reported Monday that Athens, Ohio police are investigating a rape complaint filed Sunday after a video of a man apparently performing oral sex on a woman appeared on Instagram. The woman has said the man was a stranger, and that the act was nonconsensual. The Post adds that "Alcohol is believed to have been involved." Last month, police were called in to investigate a reported rape in one of the university's dorm rooms.

Screenshots from the incident quickly made their way across social media, including several Twitter accounts, prompting local police chief Andrew Powers to tell the Post, "What is more disturbing are the social implications of what it means for someone to have been standing there watching this thing happen, videotaping it with their phone instead of getting involved and trying to help the victim."

The story – especially coming so soon after the galvanizing tale of the alleged sexual assault of Daisy Coleman in Missouri -- was a natural to get picked up in other news media. But what makes a terrible story even more terrible is the apparent total lack of hesitation to publish images from the incident. BuzzFeed, helpfully exonerating itself with a warning of graphic content, called it "a possible sexual assault that occurred in front of a crowd of people" and included screenshots of some of the tweets regarding "a guy eating a girl out on court street" -- as well as the suggestions that revenge porn king Hunter Moore check it out. It also included a photo of the woman, splayed against the window of the Chase Bank, with a man kneeling in front of her with his hands in her crotch. (Their faces have been obscured.) And it added a screenshot of the Instagram video, with the man's face between her legs. Gawker similarly ran the images, noting that "the woman in the photo came forward to claim she had been sexually assaulted." Metro likewise published the photos. Business Insider, under a headline noting "Ohio University Police Chief Criticizes Crowd For Filming Apparent Sexual Assault Instead Of Stopping It," then added, "Here's one of the photos (Warning: graphic)."

Was what happened on Saturday night a sexual assault?  That's still being investigated. And an anonymous source told Total Frat Move – which also published the photos – that "the two oral enthusiasts posed for pictures with each other and with several bystanders after they were finished."

But if you're writing about a woman who says she has been sexually assaulted and you use the images of that alleged assault as clickbait, you're disgusting. That's why I'm not linking to any of the stories. Because that's not journalism. That's not illuminating a difficult issue through the power of a photograph. That's just unfeelingly grabbing content off Instagram, with zero regard for context. And to do a story that acknowledges that a woman says she's been violated, one that quotes a police chief asking point blank about "what it means for someone to have been standing there watching this thing happen," without connecting the dots that "watching this thing happen" is actually not okay, takes an extra-special brand of callousness. It's gross enough that someone would see a man performing oral sex on a woman on the street and have the immediate response to document it and share it on Instagram. But it's unconscionable that a media outlet, fully aware that the incident was currently being treated as a possible crime, would then publish it.