Air pollution is officially a carcinogen

The air we breathe is a leading cause of cancer, says the World Health Organizaiton 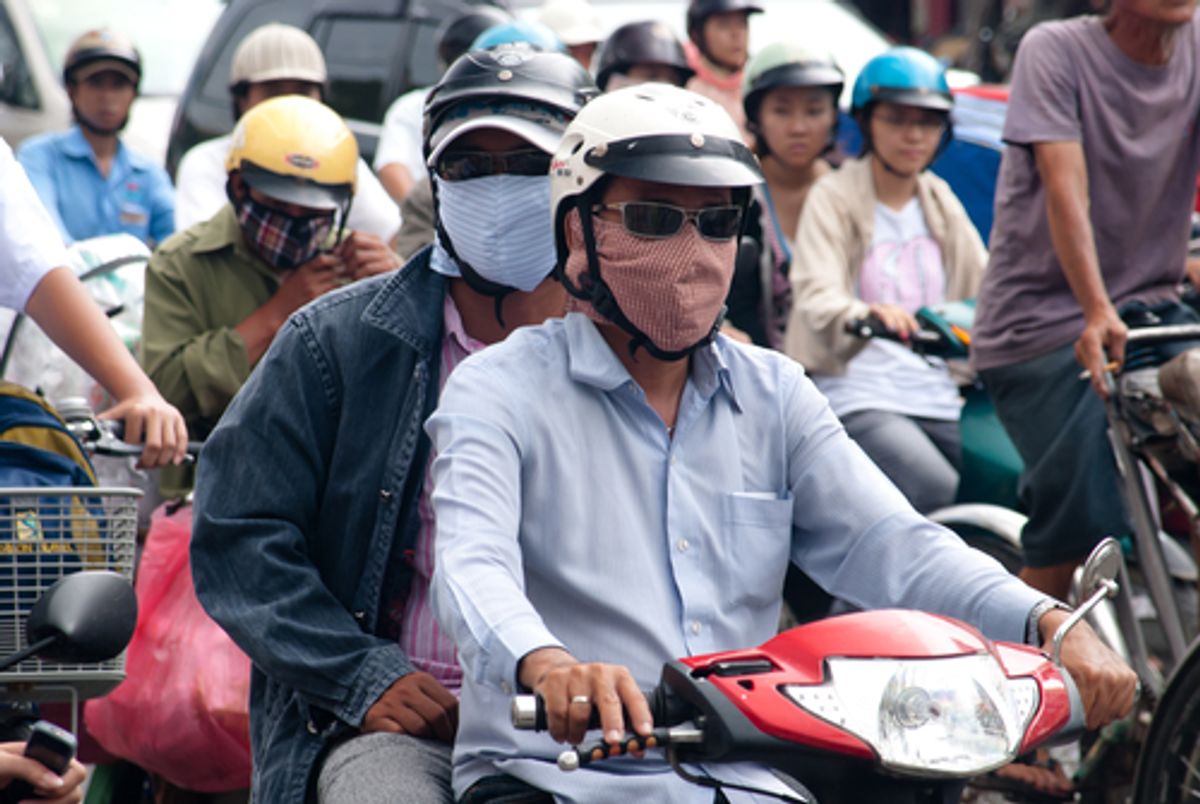 Air pollution has joined the ranks of asbestos, tobacco and ultraviolet radiation as a leading cause of cancer, the World Health Organization (WHO) announced today.

Yes, we already know that exposure to emissions from transportation, power plants, and industrial and agricultural emissions, among other sources, can pose a major health risk. But for the first time, the WHO's International Agency for Research on Cancer (IARC) is declaring that air pollution as a whole should be classified as carcinogenic to humans.

"We consider this to be the most important environmental carcinogen," said Kurt Straif, head of the IARC department that ranks carcinogens. Because it's impossible to fully avoid, he said, it's more of a concern than something like second-hand smoke. Francesca Dominici, at the Harvard University School of Public Health, agreed, telling the Associated Press, "You can choose not to drink or not to smoke, but you can't control whether or not you're exposed to air pollution."

An estimated 223,000 deaths from lung cancer can be attributed to air pollution, according to a study cited by the IARC -- one of the 1,000 they analyzed. They also found evidence to suggest it can increase the risk of bladder cancer.

The risk of any individual person getting cancer from air pollution, experts emphasize, is low. But by recognizing its global impact on public health, WHO is emphasizing the need for us to take the issue seriously. "There are effective ways to reduce air pollution," Christopher Wild, IARC's director, told Reuters. "Given the scale of the exposure affecting people worldwide, this report should send a strong signal to the international community to take action,"