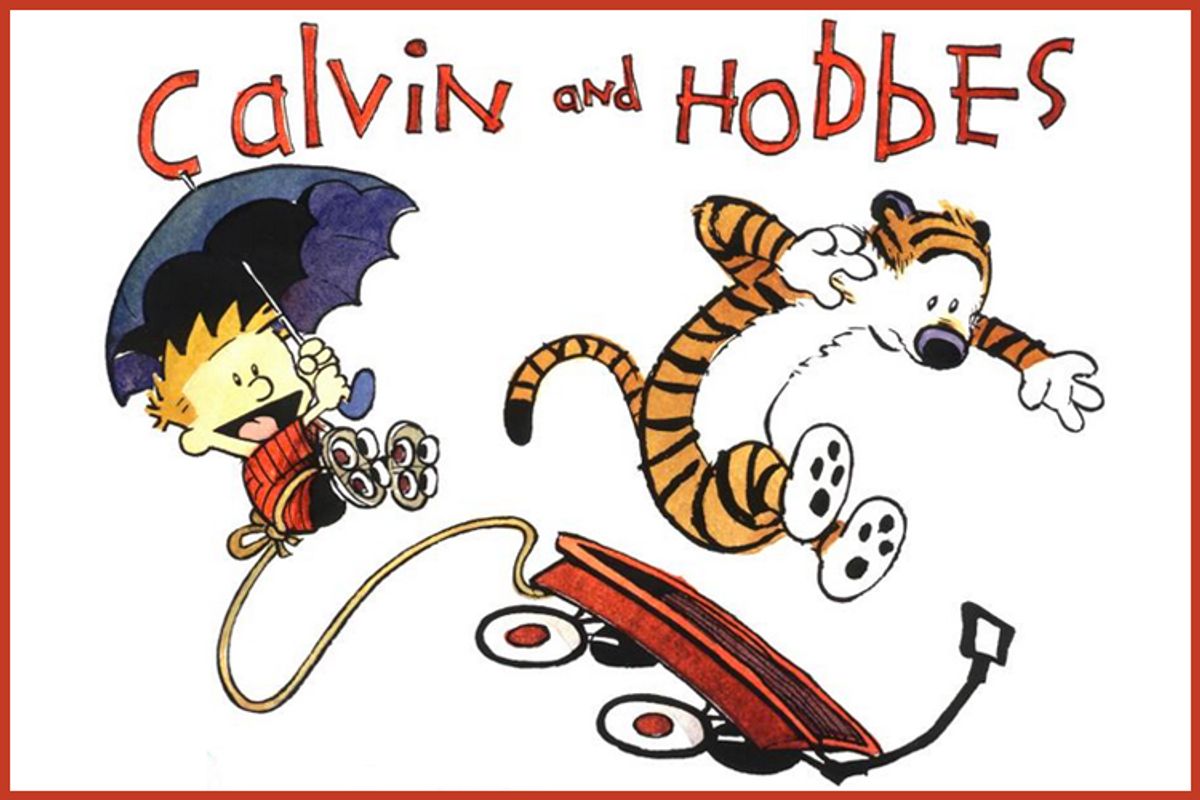 Mental Floss's Jake Rossen has scored the interview of a lifetime, becoming one of only a handful of people to ever have been granted a response by reclusive "Calvin and Hobbes" creator Bill Watterson. Watterson, after a long battle over copyright issues, quit producing the beloved comic strip in 1995 because he didn't want to make any "artistic compromises." Watterson purposefully disappeared into obscurity in his hometown of Chagrin Falls, a suburb of Cleveland, Ohio, where he took up painting.

Mental Floss will publish the full interview in its December issue, but an excerpt made available online today shows what Watterson thinks about the current state of comics:

Personally, I like paper and ink better than glowing pixels, but to each his own. Obviously the role of comics is changing very fast. On the one hand, I don’t think comics have ever been more widely accepted or taken as seriously as they are now. On the other hand, the mass media is disintegrating, and audiences are atomizing. I suspect comics will have less widespread cultural impact and make a lot less money. I’m old enough to find all this unsettling, but the world moves on. All the new media will inevitably change the look, function, and maybe even the purpose of comics, but comics are vibrant and versatile, so I think they’ll continue to find relevance one way or another. But they definitely won’t be the same as what I grew up with.

The visual sophistication of Pixar blows me away, but I have zero interest in animating Calvin and Hobbes. If you’ve ever compared a film to a novel it’s based on, you know the novel gets bludgeoned. It’s inevitable, because different media have different strengths and needs, and when you make a movie, the movie’s needs get served. As a comic strip, Calvin and Hobbes works exactly the way I intended it to. There’s no upside for me in adapting it.

Editor-in-Chief Mangesh Hattikudur told Poynter via email that he had “no idea” why Watterson decided to talk to Rossen. “It really stunned us when he pulled the interview.”

We have a few theories: It might be because we have ties to Ohio, and a town near where he grew up (we used to operate our little shop out of Chagrin Falls; his signed comics often show up in a book store around there). Or it might be because of how Jake approached him– in a very journalistic over a fawning fan way. We weren’t totally sure it was him– even though we put two fact-checkers on the case– until his syndicate had to go to him for approval to use Calvin and Hobbes as the main art on our cover (he’s very protective about licensing). He gave us permission immediately.