The best "Jeopardy!" answer of all time

A competitor mixes up a famous actress and a Czech novelist 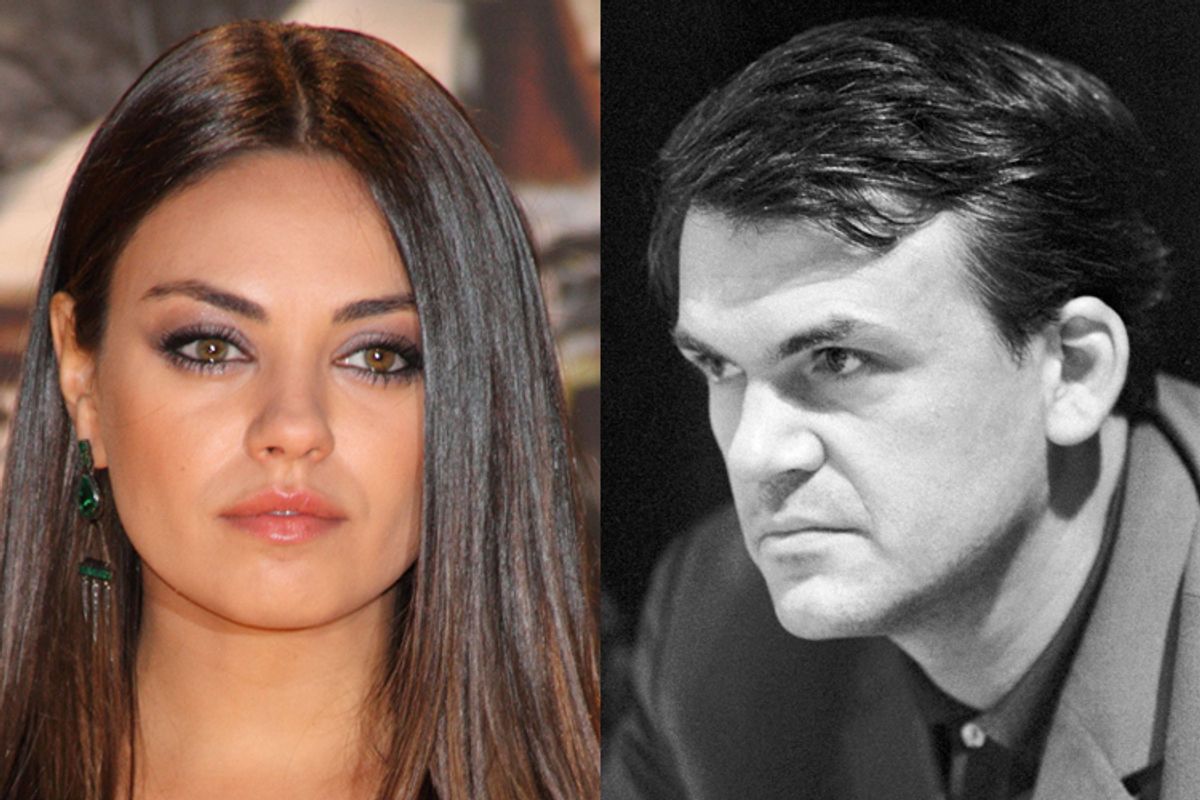 Last night, in the "Jeopardy!" category "Filmographies," the show presented three of a movie star's films. Who had starred in "Black Swan," "Ted" and "Friends With Benefits"?

You and I know the actress as Mila Kunis. Stuart Anderson buzzed in with "Milan Kundera." Kundera, avid readers will recall, is the author of "The Unbearable Lightness of Being" and "The Book of Laughter and Forgetting," among other novels.

It's not so far off; oddly, it was closer, at least phonetically, than one of his competitors' answer "Natalie Portman." And Kunis and Kundera share certain qualities. They're both Eastern European artists: Kundera was born in what is now the Czech Republic, while Kunis was born (54 years later) in what is now Ukraine. They're both celebrated within their fields: Kundera has won the Jerusalem Prize in 1985 and is a perennial Nobel Prize contender, while Kunis won Esquire's "Sexiest Woman Alive" title in 2012 and is a perennial Teen Choice Awards contender. And Kundera's famous critique of kitsch -- "When the heart speaks, the mind finds it indecent to object. In the realm of kitsch, the dictatorship of the heart reigns supreme" -- is an apt critique of Kunis' performance in "Forgetting Sarah Marshall."

Anderson, despite his confusion, ended up winning the game -- and he will never, ever forget Mila Kunis' name.