It has some important things to say about conservationism, too 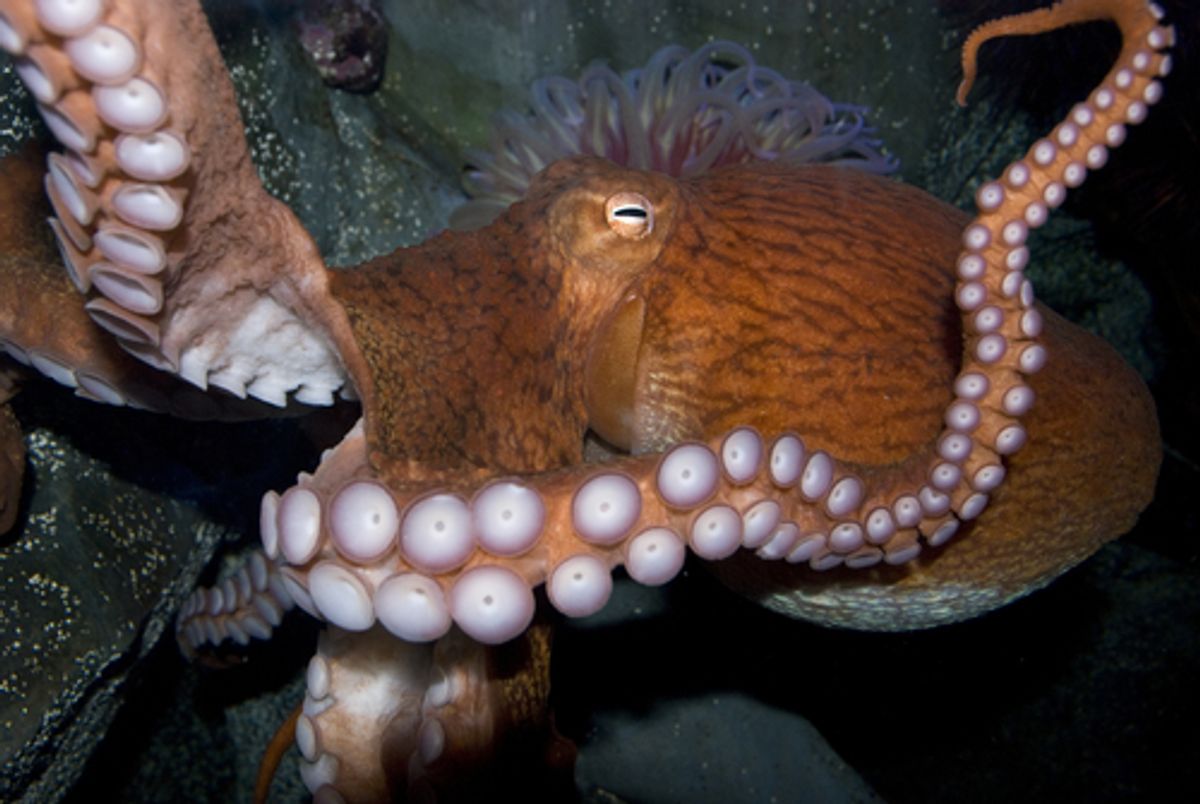 It also includes a pretty bad-ass account of octopus wrestling:

The giant Pacific octopus was curled inside a rock piling, both its color and texture altered by camouflage. [19-year-old Dylan] Mayer judged it to be his size, about six feet, and wondered if he could take it on alone. He lunged at the octopus, grabbing one of its eight arms. It slipped slimily between his fingers, its suckers feeling and tasting his hand. He reached for it again, and again it retreated. Able to squeeze its body through a space as small as a lemon, the octopus was unlikely to succumb to his grip. He poked it with his finger and watched it turn brighter shades of red, until finally, it sprang forward and revealed itself to be a nine-foot wheel charging through the water.

The octopus grabbed Mayer where it could, encircling his thigh, spiraling his torso, its some 1,600 suckers — varying in size from a peppercorn to a pepper mill — latching onto his wet suit and face. It pulled Mayer’s regulator out of his mouth. His adrenaline rising, he punched the creature, and began a wrestling match that would last 25 minutes.

That action scene, thrilling (and technically legal) as it was, sparked a major controversy in Seattle last year. Locals took up arms against Mayer's actions -- but at the same time lavished praise on a high-end restaurant renowned for its, yes, giant Pacific octopus. And so the foodie community was tasked with an uncomfortable dilemma: "Should it save the giant Pacific octopus or just eat it?"

"Mayer’s real offense," writes Hanel, "may have been forcing a community to realize that just because they’ve embraced local fare doesn’t mean they’re necessarily ready to see, in gory detail, it slaughtered or hunted or punched out and dragged from the bay." It's a local lesson that we can all identify with -- even ethically raised meat, animal rights activists will remind you, is eventually slaughtered, and slaughter is rarely not brutal. When we're forced to truly consider just where our food comes from, things invariably get more complicated.