This is your city underwater 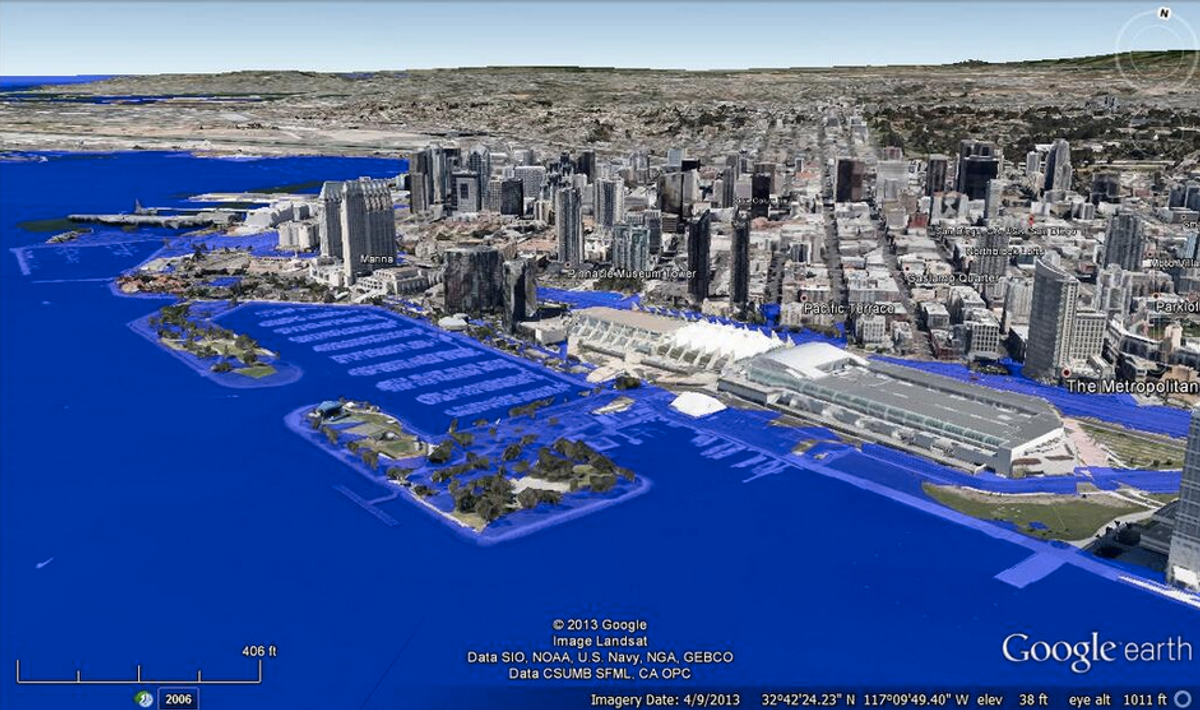 Sea levels are rising -- what will that mean for your city? Andrew David Thaler, a marine biologist who blogs at Southern Fried Science, has taken to Twitter to find out. The result, #DrownYourTown, has become the official hashtag of the apocalypse.

Thaler's original concept was to show cities at 80 meters, or about 262 feet, of sea level rise: the extreme end of climate change predictions. He created his renderings using GIS modeling overlaying Google Earth images with a simulation of the rising tides. In the manipulated images, Miami is gone while only the top of the Washington Memorial pokes through in downtown D.C. The project served as both a dire warning and a promotional device for his self-described "dystopian maritime science fiction serial adventure" book series.

Yesterday, Thaler started fielding requests from Twitter to drown users' hometowns, and he's back at it again today. The results are more far-fetched for some cities -- like Denver, which is sitting pretty at 1.612 meters above sea level -- than others. The prognosis for Jacksonville, as he puts it, is "less 'neat' and more 'oh crap that's bad news.'" None of the renderings are overly realistic-looking, either -- this isn't "Day After Tomorrow"-level technology. But the pang of recognition imparted from seeing a familiar landscape under a sudden layer of blue certainly makes climate change feel a bit more real.

Check out some highlights from Thaler's Twitter spree below, and see if your hometown survived: