A couple of weeks ago, my wife and I got rid of our package. Now I actually watch TV because I want to 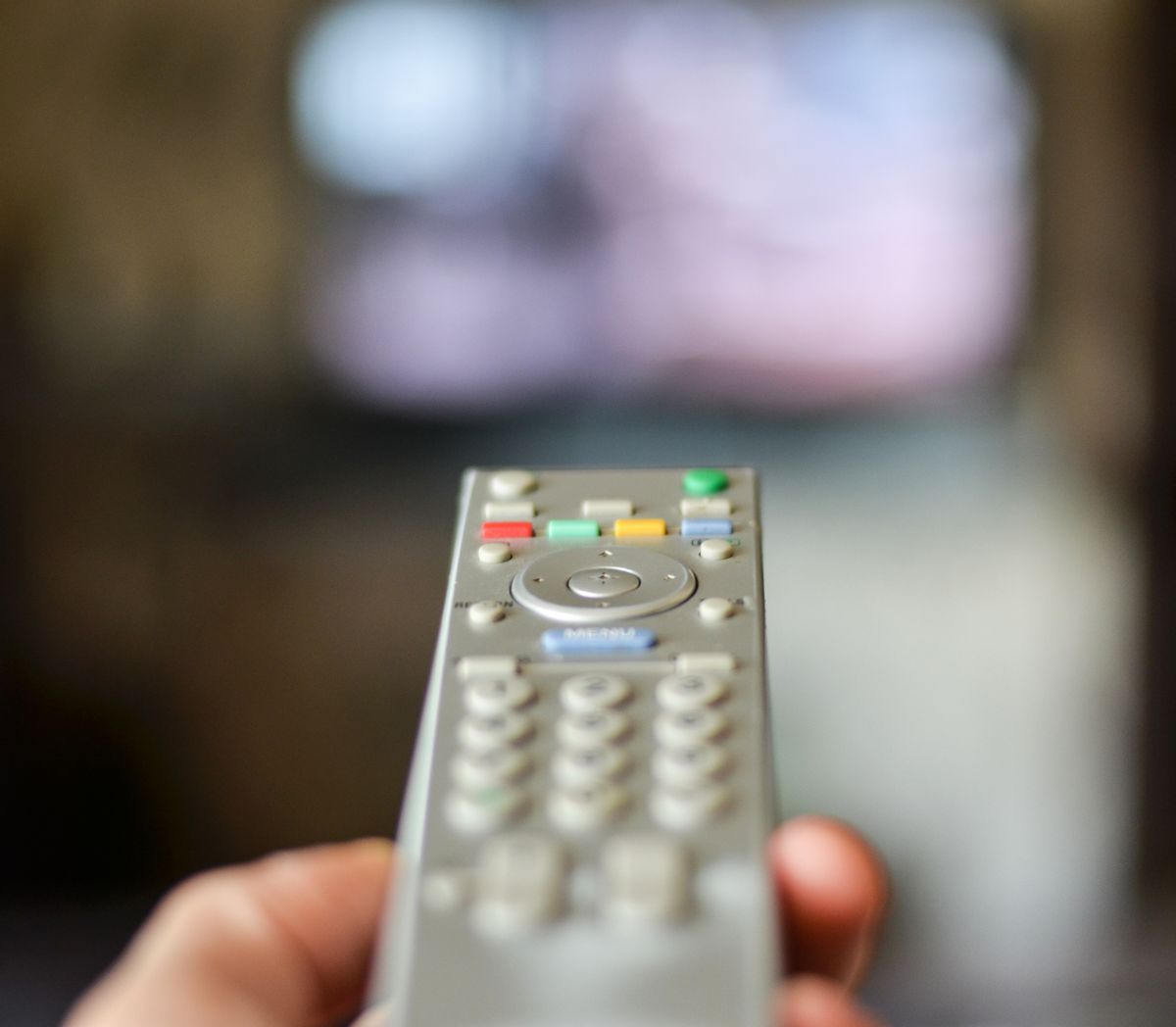 My wife and I got rid of cable a couple weeks ago. I’d kicked the tires on the idea a few times over the years — ever since reading this piece, actually — but the inertia of paying the monthly bill made it hard to take the necessary steps. As recently as last month, I’d done research on what it would cost to switch to a lower package but not give it up altogether. As part of a flurry of cost-cutting measures, though, we eliminated cable TV altogether and kept our Internet service. Comcast sent me a shipping box with a prepaid UPS label, and the cable box was gone.

And nothing has changed. Everything is the same, but better.

I should be clear, cord-cutting might not be for everyone. But for us, right now, it’s amazing. Here’s why:

At all. My wife and I don’t follow sports, watch live games, or keep up with sporting news. I couldn’t tell you what channel ESPN was in my now-defunct lineup. I don’t remember who won the Super Bowl earlier this year; I don’t even remember who played in it. I know the baseball playoffs are happening right now, and my gut says something happened with the Tigers, but I don’t care enough to look it up because I’m just going to forget it in an hour.

This is probably the biggest barrier for people who want to ditch cable, because even with a digital antenna or a device like Aereo to watch over-the-air games, your selection is still limited by location. (And at this moment, the future of Aereo is uncertain, too.) We’re lucky, though, in that we’re just not that into sports, so giving up the opportunity to watch them wasn’t even a factor.

We already pay for Netflix, Hulu Plus, and Amazon Prime.

Our Netflix plan allows for unlimited streaming, as well as one disc (Blu-ray or DVD) out a time, because there are still loads of movies and shows not available to stream. That covers dozens of series, as well as recent seasons of things like Breaking Bad or Mad Men. We’ve also got Hulu Plus, which has back catalogs of a variety of series as well as new episodes of ongoing series that are still airing, like New Girl and Parks and Recreation. And I’ve been an Amazon Prime member for years, since it was solely a shipping-related perk, so the addition of streaming video made it an even better deal. (At $80 per year, Amazon Prime is also cheaper than either Netflix or Hulu Plus, both of which offer streaming service for $8 per month, or $96 per year.) We already had so many ways to watch TV and movies, whether on our computers or phones or streamed to the TV via my Xbox 360. We weren’t hurting for entertainment options.

Related to that, we were already so used to watching new TV series a day or two after the latest episode aired that having to wait for those episodes to hit Hulu Plus doesn’t feel like a chore. Even when we watched shows the night they aired, we rarely watched them live: we’d usually allow for a buffer of 15-20 minutes that meant we could skip commercials and rely on the DVR. Bumping New Girl from Tuesday night to Wednesday night doesn’t feel abnormal or inconvenient.

A family member remarked that one of the things that made it easier to cut cable when we did was that Breaking Bad had finished airing a couple days before we pulled the plug. And yes, it was nice to watch Breaking Bad the day it aired, and to be able to publish pieces on each episode the same night. But I didn’t need cable to watch the show. I could just as easily have bought the show via iTunes, downloaded it a day after air, and been fine. My reviews would’ve been a day late, but that’s it. It was the powerful illusion that I needed cable that kept me on the hook.

We don’t watch that many new series, and we’re OK paying for the ones we do watch.

My wife and I both like to keep up with (among others) Parks and Recreation, New Girl, Bob’s Burgers, and Brooklyn Nine-Nine, all of which are available the day after air via Hulu Plus. We’re also big fans of FX’s Justified and The Americans, both of which are available to purchase through iTunes and Amazon. (Currently, the fourth season of Justified is $35 on iTunes, though that’s HD; the SD version is $23.) It’s easy to purchase a season pass for those shows and then have them download after they’ve aired, which we plan to do when they return next year. I could easily see us buying an Apple TV or a Roku to make the TV interaction even simpler. Paying for a season pass is cheaper than footing a cable bill, and the episodes are yours to keep, too. I could buy both season passes at once for $70, which is still less than one month’s cable costs in my old setup.

I never cleared out the DVR.

I’m a recording hoarder. I’d get excited about some great movie coming on TCM, set up a recording to catch it, and then never watch it. Our DVR was choked with movies I kept telling myself I’d watch but that I never got around to watching. More importantly, almost all of them are available to stream or rent on disc. (If you’re curious about a film or TV show’s availability online, CanIStream.it is a great resource.) I was hanging onto the idea that someday I’d make time for these movies, but I was fooling myself. Getting rid of the cable box meant giving up the DVR, and it was something of a relief to be able to be honest with myself. Now, if I want to watch a movie, I stream it, rent it, or pick it up from Redbox. I don’t record it and ignore it.

We watch Netflix most of the time anyway.

My wife likes to watch some shows I don’t, and vice versa, but even accounting for those, we spent most nights watching movies or favorite TV shows on Netflix instead of watching something new on cable. Earlier this year we caught up with some classic movies, and we’ll sometimes go on runs where we just want to watch something comforting and entertaining after dinner (Bob’s Burgers and old-school West Wing get a lot of play in our house). Sometimes my wife would watch Netflix on her laptop while I played video games on the TV. So what sense does it make to pay for this service with a bundle of hundreds of channels we almost never used? Especially when there are so many other ways to watch the exact same stuff?

We haven’t bought any extra hardware yet. Digital antennae are available for HDTV sets if you want to watch something live over the air, but the on-demand functionality of next-day streaming — where I can pause, rewind, and start and stop as needed — is so convenient that I don’t mind waiting for it. The DVR didn’t entirely do away with the idea of appointment television, but it did deal it a severe blow, and I’ll happily trade the ability to watch a show the instant it airs for the ability to watch it in the time and manner of my choosing.

The trickiest part of cable, for me, was its ability to act as a time-suck. We paid for movie channels I barely used unless it was to watch 20 minutes of a movie while waiting for something better to come on, or while I tried to decide what else to do. Or I’d just surf around, settling on sitcom reruns I’d seen a hundred times and that I didn’t really care to see again. I wasn’t watching them to watch them, I was watching them because they were on, and the TV was just sitting there, so I might as well use it. Now, though, everything’s a choice, even if it’s just picking something to watch for a few minutes while I have breakfast. Cutting cable has helped me become more of a conscious, intentional consumer of these things, and as a result I’m more aware of how I spend my time and what I actually watch. For the first time in a long while, I’m watching things I really want to see, not just things that happen to be available at a given moment. We turn the TV off a little more than we used to, yet we’re also getting more use out of it than before.