"12 years a slave": The perfect answer to Tarantino 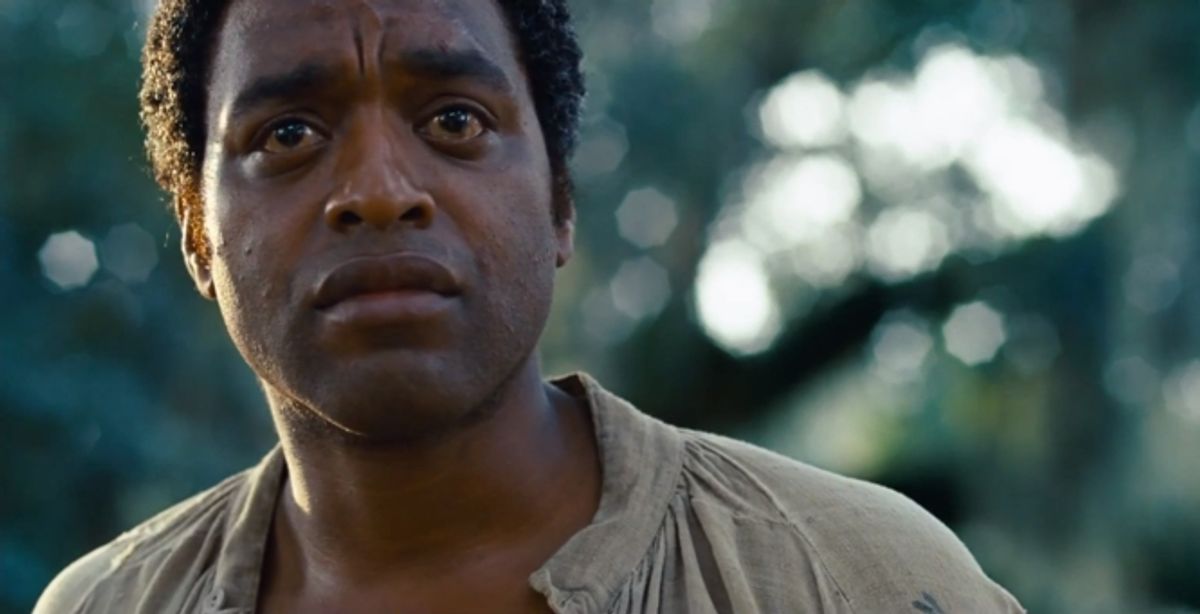 Throughout our lives, our generation has been shown violence as entertainment. In video games we get points for killing; on television we watch graphic crimes and see detectives sift through bloody clues; in movies we sympathize with killers and wait for city-crushing explosions.

Even with our country’s most grotesque and grim histories we are accustomed to Tarantino-style cannonball explosions of blood — history gorified, and also glorified. With his new film 12 Years a Slave, director Steve McQueen seizes the hyperbolic trends of cinema violence and shapes them into something far more real. McQueen shatters our generation’s archetypes of trigger-happy Djangos, or previous generations' stereotypes of smiling Mammys, and replaces them with a version of slavery that strips down the Hollywood lie of a cheerful antebellum South, and presents slavery — and the day-in-day-out routine and visceral violence — as barbarity. It’s enough to somber our gore-ready generation into real feeling.

McQueen’s film follows the true story of Solomon Northup, a free African American man who in 1841 was kidnapped and sold. The movie begins with Solomon (Chiwetel Ejiofor) already a slave and cutting sugar cane on a Southern plantation. Through flashbacks we see Solomon’s life before slavery and shadow the terrible journey that brought him to his present place: A free life in New York with a wife and two children, the arrival of two men who lure him to D.C. with the promise of a music job and easy money, and finally a night that begins with a celebratory job-well-done dinner and ends with Solomon drugged and shackled. The movie speeds through these moments of backstory to land haltingly and heavily at the present. The once free Solomon is now enslaved, chained, and being sold from master to master.

Ejiofor plays the role with a brilliant mixture of intelligence, composure, and bewilderment. Born free and not enslaved until midlife, the real Solomon experienced slavery as both an insider and an outsider. Ejiofor brings that gulf of perspectives to the role; Solomon knows a life that is not all labor and punishment, and Ejiofor shows the heartbreak of this knowledge in his every move. McQueen skillfully sets up this perspective during an early scene shortly after Solomon’s kidnapping. Solomon is on a boat heading south and seated next to two other men. The men tell Solomon the only way to survival in this situation is to keep his head down, and keep his intelligence a secret. Solomon, who only days before was in his own home with his family, responds, “I don’t want to survive, I want to live.” The dialogue may be clichéd but it is that sentiment and dedication to life that drives Solomon for the rest of the film.

After being passed between a few different slave owners, Solomon ultimately winds up as the property of the drunk and ruthless Epps (a dangerous Michael Fassbender), a “nigger-breaker” as he’s referred to in the film. On Epps’ plantation is when the film settles into its portrayal of the routine, daily, systematized violence of slavery. McQueen pounds home the reality that slavery was a part of life as routine as breakfast, and within its structure humanity and business are constantly at war. McQueen emphasizes the daily, yearly, generational, unending of it all. A slave is to pick 200 pounds of cotton every day. If they don’t do that they will be beaten. If in 20 years their children don’t do that, they will be beaten. If in 40 years their grandchildren don’t do that, they will be beaten. Epps rapes his favorite slave because he wants to, he lashes his men because he can, and he wakes his slaves in the middle of the night to dance for him because he needs a little amusement. All of that is in a day’s work. It is brutal and it is constant.

McQueen underscores both the duration and habitualness of the cruelty by keeping the camera steady on the harshest shots. For a straight 10 minutes we watch the master’s favorite, Patsey (Lupita Nyong’o), whipped until her back looks like bloodied “meat.” In one of the film’s most upsetting scenes Solomon hangs alive from a noose his feet barely touching the ground while the day’s routine goes on all around him – children laugh, women fetch laundry, and a black man hanging from a noose is just a part of the scene.

As for the film as a whole there are ins and outs. At moments it rambles; the dialogue, rich and written by John Ridley, occasionally suffers under the weight of its density; and Brad Pitt (who plays an efficient and necessary character) has a face and a way that reminds us we are not watching actual history, only men playing at it. The film may be the definitive cinematic look at slave life, and true to that reality there are times when the violence and the unending sadness become almost too difficult to take. Close your eyes if you’d like, but you will still hear the crack of the whip as it breaks the flesh.

By focusing the story of the film on one man, 12 Years a Slave takes the incomprehensible violence of slavery and personalizes it. These are not faceless cotton-pickers representing a moment in time, this is Solomon and the cruelty he knew and by extension the cruelty that defined the lives of millions. Unlike the violence we have come to expect in movies, McQueen never makes this cruelty entertaining; it is gut-wrenching and it is palpable. McQueen also never shows these slaves in a moment of happiness; there is no truth being propagated that the antebellum south was anything but terrifying. 12 Years a Slave hits you with the daily horror, the quotidian violence, and generations of atrocity that this country endured. It's a film that forces a zoom out from the movie violence we grew up with, and a zoom in on what it actually means to be hurt.