Ted Cruz says he will do "anything" to stop Obamacare, Mitch McConnell says "no way" and more GOP infighting 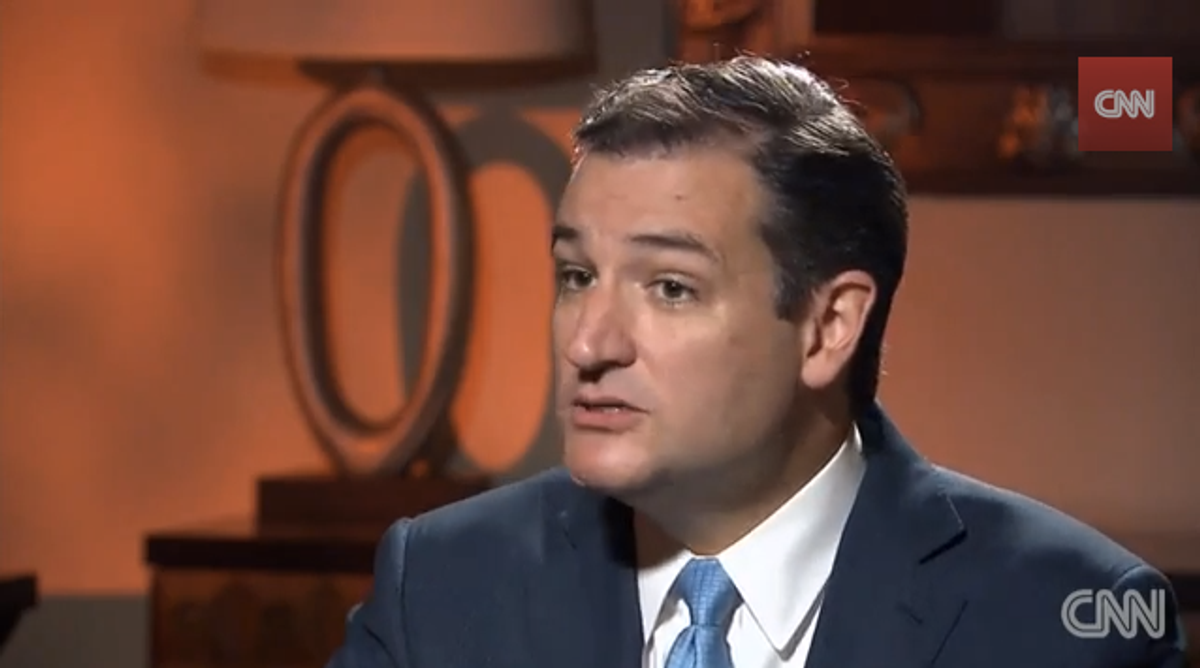 After wasting $24 billion on two weeks and two days of political tantrums, Congress this week reached a temporary deal to end the shutdown and raise the debt ceiling, reopening the government and averting financial disaster ... for approximately 90 days.

In other news, Marco Rubio feels that everyone except Marco Rubio is to blame for derailing immigration reform.

Let's find out who feels what feelings about what issues by reviewing these clips together!

Ted Cruz on ABC's "Face the Nation": "I would do anything, and I will continue to do anything I can, to stop the train wreck that is Obamacare"

Mitch McConnell on CBS' "Face the Nation": "There will not be another government shutdown"

John McCain on CNN's "State of the Union": “Those involved in [the shutdown] went on a fool’s errand”

GOP consultant Alex Castellanos on CNN's "State of the Union": Ted Cruz needs to "learn the difference between standing for principle and standing in front of a train"

Marco Rubio on "Fox News Sunday": "Immigration reform is going to be a lot harder to accomplish than it was three weeks ago"