Dick Cheney: I have "respect" for what the Tea Party is doing 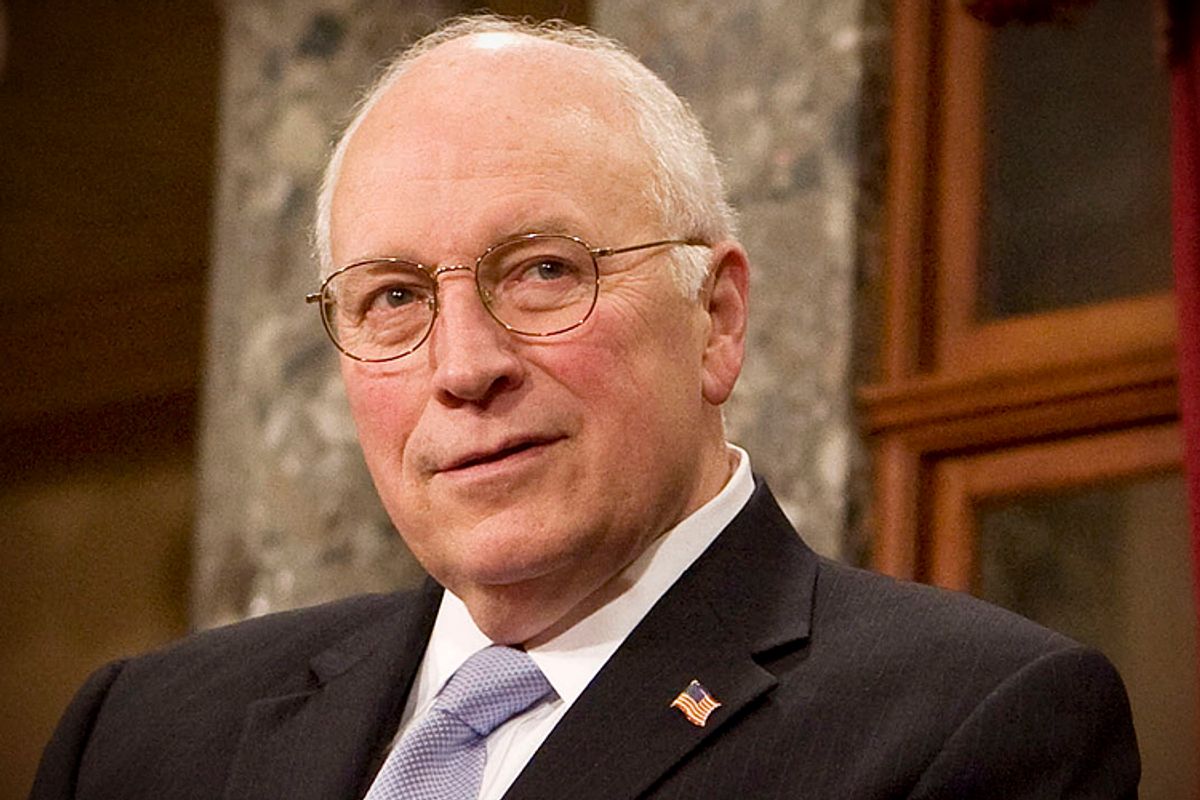 The Tea Party may be more unpopular than ever, but it's still got at least one high-profile fan: Dick Cheney.

Speaking with Savannah Guthrie of NBC's "Today" show, the former vice president refrained from joining some of his fellow Republicans in criticizing the Tea Party, opting instead to describe the group as a positive development for the GOP and for the country.

"I'm not a card carrying member — I don't think there is a card — but I have respect for what the people are doing," Cheney said. "These are Americans. They're loyal, they're patriotic, and taxpayers, and fed up with what is happening in Washington. It's a normal healthy reaction and the fact that the [GOP] is having to adjust to it is positive."

Asked by Guthrie how a government shutdown, which some have estimated cost the economy $24 billion, helps address the Tea Party's fiscal concerns, Cheney responded, "What's the cost of not dealing with the debt? It's more than that." The former vice president, who infamously was reported to have said "deficits don't matter," went on to tell Guthrie it's "outrageous that we're not dealing with the debt problem."