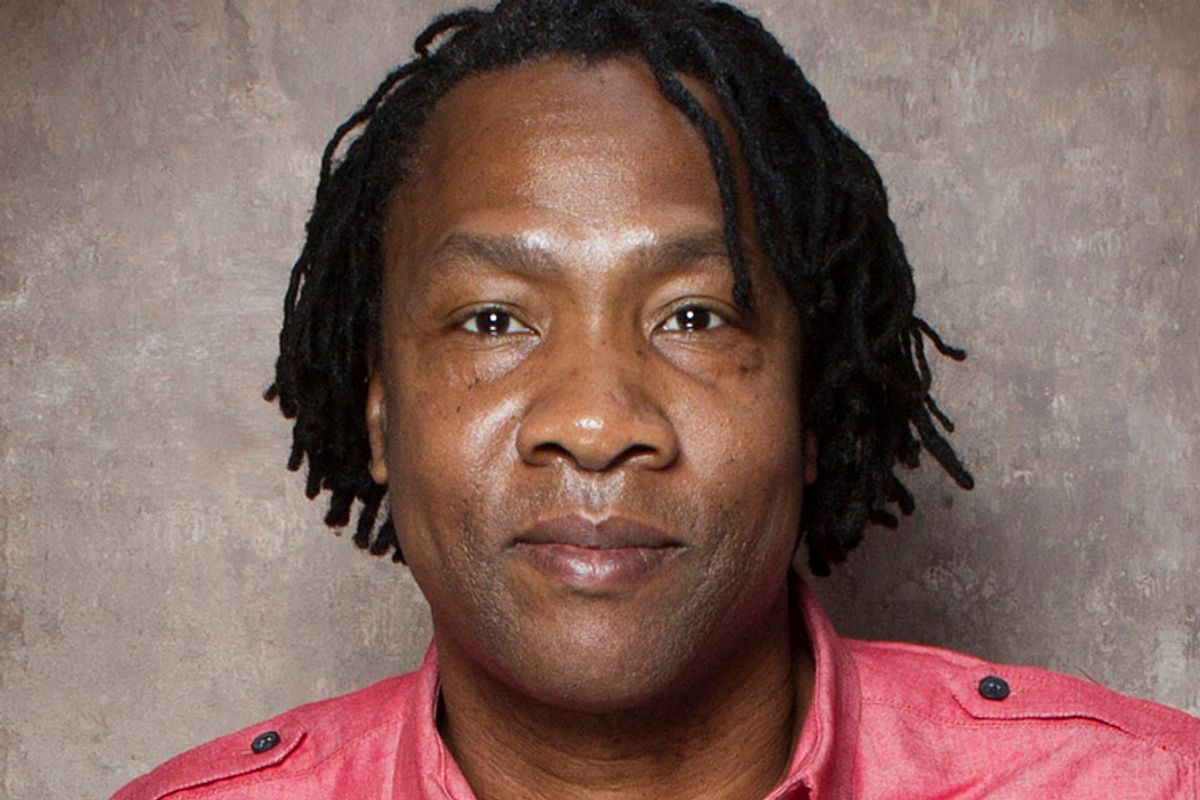 There are few places on earth as inhospitable to gays as Uganda. The nation is weighing the Anti-Homosexuality Bill, which would punish homosexual acts with draconian punishments.

And the situation's only been exacerbated by American evangelicals preaching anti-gay dogma in Uganda -- rushing into the vacuum left by the collapse of Idi Amin's regime in 1979. Roger Ross Williams' new documentary, "God Loves Uganda," depicts the process by which American proselytizers have taught anti-gay hatred to the people of Uganda. Characters in the film include Scott Lively, the author of anti-gay screed "The Pink Swastika"; Jono Hall, a media trainer teaching students at the International House of Prayer how to make multimedia production; and Jo Anna Watson, a mentor to young prospective missionaries to Uganda.

These adults are putting into practice across Uganda an aggressive campaign, bolstered by tried-and-true evangelical techniques that have come to be less effective in the U.S.

Williams is hardly new to directing: his last film, "Music by Prudence," won him an Oscar in 2010; his speech was hijacked by Elinor Burkett, a producer whose relationship with the production had ended acrimoniously. The director hopes for a second Academy Award and a second shot at an acceptance speech, he told Salon: "It would mean vindication."

How've things been going as the film rolls out?

I've been on the road the last eight months, at film festivals -- the film’s been on the festival circuit, at somewhere between 35 and 50 film fests. I've been to 15 countries and 50 cities since Sundance. I just finished a tour of Africa with the film -- to 12 cities in Africa.

Tell me about that trip.

Africa was phenomenal -- and very different from the film's reception in the U.S. Many screenings in Africa were with faith leaders. They'd be very angry and quoting from the Bible, talking about Sodom and Gomorrah. They were very expressive, screaming, yelling -- very passionate. I did a tour through Malawi, South Africa; I was on my own in Nigeria, at screenings organized with members of the LGBT community. A lot of faith leaders had never had a conversation with a gay person. Malawi was the most interesting. I was live on national radio, leading a conversation with 80 faith leaders -- Christian and Muslim -- and about 40 members of the LGBT community. It was, at first, the classic reaction -- the faith leaders said these people are worse than dogs -- and after that, something amazing happened. A gay man stood up and said, "I'm Malawian, and I was born this way. If I could have changed, I would have. You guys have made my life miserable. I can't change who I am." A woman came up and said, "I'm married with two children. I don't love him; you forced me to live a lie. I love my girlfriend." And they kissed in front of pastors. It was the first time gay people had come out in public ever. My mouth was on the floor.

It strikes me that there's likely not a tremendously robust history of even talking about homosexuality in these nations.

There's a history of not talking about sex. Period. Sex is not something talked about. The myth that Scott Lively brought to Uganda is that homosexuality is a Western import trying to recruit children. They believe it because it's coming from an American, and no one talks about it. It’s kept in private. The good thing about the [anti-gay] bill in Uganda and the [anti-gay] bill in Nigeria that got passed is that now there’s dialogue, is that now they’re talking about it.

Why are African nations so open to anti-gay sentiment?

Uganda is very fertile ground, and some of that is this perfect storm scenario. Idi Amin was Muslim and outlawed Charismatic Christianity. The Pentecostal movement was underground, and became identified with breaking away -- a revolutionary movement. Idi Amin felt it shouldn't be aboveground. The head of IHOP told me he was there the day Idi Amin fell, with a group of U.S. evangelists who were there to take that nation. You had a country devastated by war and brutal dictator, and the highest AIDS rate in Africa. It was wiped out, with the youngest population on planet. The adults were wiped out. And evangelicals razed the country in their own image.

It happened across the continent. Uganda was a country at its worst point and America represents so much to the world, its wealth, power and image. Hollywood has done a good job -- people around the world listen.

Are you opposed to missionary movements generally?

What [young IHOP missionaries] Jesse and Rachelle are doing is just preaching the gospel. They're not building schools, building a hospital, feeding the hungry -- it's just a numbers game for them. They want 1 million souls; they’re there to convert souls and not necessarily to help do good work. They believe the gospel will help them and transform lives but they're not offering any physical aid. There are missionaries doing great work and doing things to make people’s lives better.

Were you nervous, as a gay man, traveling to Uganda?

I was very nervous, of course. They hadn't let any documentary crew in ever and they hadn't even let Christian media in, very much. They were particular about letting me follow this group to Uganda, afraid they’d say the wrong things, they’d embarrass them! Right before the trip, they changed their mind.

What I got from them was love and acceptance -- on their terms. People at IHOP were constantly laying hands and praying for my salvation; IHOP believes in conversion therapy, with a department tending to “sexual brokenness." Jono Hall told me he was an expert on working with the sexually broken. He told me this late one night in Uganda. In their bookstore there were a couple shelves of books on ex-gays.

Jo Anna Watson told me she found out she was attracted to women -- but only because I was outed by someone. Someone sent them an email. I won't say who, but this person told them that I had a gay agenda. After that, Jo Anna wouldn't take my call. She cut me off for a long time, cut off access. I met with her finally and she gave me a book by an ex-gay member of IHOP about "coming back from sexual sin" -- by a former homosexual. "I myself," she said, "have been healed from sexual brokenness." I was aghast. I cannot believe this! "Would you like to continue filming with me?" she asked. She wasn't ready to talk about that on camera. I told her, "If you believe homosexuals can be cured, why don't you stand up for what you believe in? Stand by what you believe in! I stand by what I believe in!" I stand by what I believe in.

Let's go back to the person who outed you to the subjects of your film, endangering your production. Was it Elinor Burkett?

I'm not saying. I’m not saying who is the person. I have no comment. It happened and it was very devastating and my life was at risk. I want the focus to be on the film and not on other people.

Talk to me a little about Burkett interrupting your Oscar speech. Have you gotten over it yet?

That was such a devastating thing. I know everyone said, "You got a lot of attention!" No one paid attention to the documentary short category until that incident. But it was a devastating moment. The biggest moment of your life taken from you after you’ve worked your whole life. It’s devastating to lose that.

For me, I’m a filmmaker, I’ll always be making films. When "God Loves Uganda" gets recognized, with the incredible team I've had this time, it’s been a dream. And to have success and be at Sundance and all the attention around the film, with a team I adore that’s very professional -- it's been amazing and transformative. I got very emotional talking to a reporter who asked me what it would mean if I won a second Oscar. It would mean vindication. Vindication! That’s the honest truth.

Not least because it's difficult to get the money together for a documentary, I'd imagine.

It is ... such a grind. It’s so hard to raise money. But documentaries are made out of passion. You have this passion -- this film is a personal passion. If you’re not passionate, you're not going to be able to do it. It's not profitable. You do it because you have to tell stories, and you're fueled by the passion. For me it’s the most exhilarating thing. My whole career before was in television news. I felt like I was on empty. I wasn't doing justice to the public in delivering them the truth. I was mainstream, corporate media and when I tried to do something edgy and interesting, I got shut down. Documentary is the only place you can get real truth and honesty and the best investigative reporting is in the documentary world. I feel like I'd been in prison my whole life and now I was free.