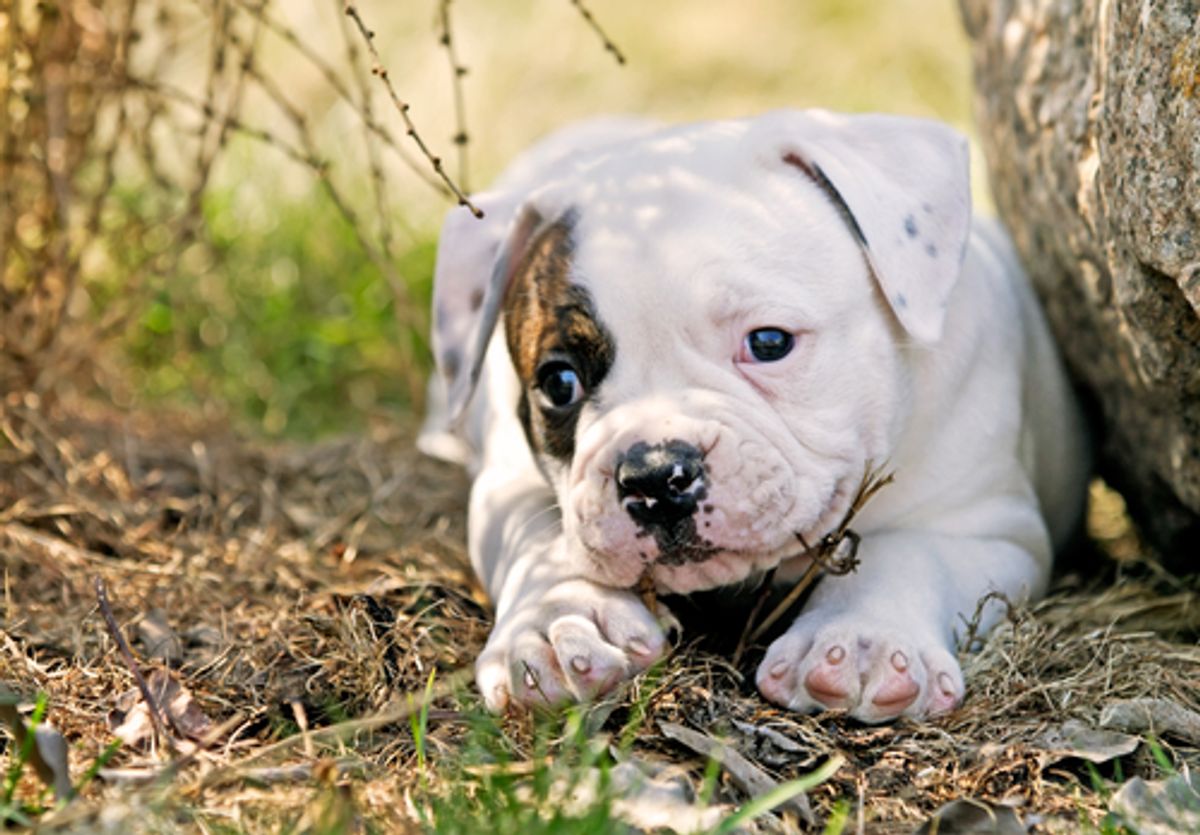 Three dogs killed in Macon, Georgia got a bigger send-off than shelter animals can usually expect Sunday night when a crowd of over 100 people held a candlelight vigil in their honor. The unusual event, the Macon Telegraph reports, was in response to a violent break-in last week at All About Animals, the community's no-kill animal shelter.

The exact sequence of events remains unknown, but the details that have emerged so far are unsettling:

In a short speech, Mayor Robert Reichert said someone broke through the shelter’s front gate late Wednesday night or early Thursday morning, and released 20 to 30 dogs from their cages.

“We don’t know this for a fact, but whoever broke in may have brought dogs with them,” he said. The purpose may have been to train for dogfighting; in addition to the three dogs killed, 15 were injured, with eight of them requiring extensive veterinary care. Volunteers at the shelter said most of the injured dogs suffered bite marks and puncture wounds.

Butler, Jack and Flapjack, the dead dogs, were all American bulldog mixes. PETA is offering up to $5,000 for information leading to the arrest of those responsible. The shelter is posting updates to the injured animals and soliciting donations over at its Facebook page.