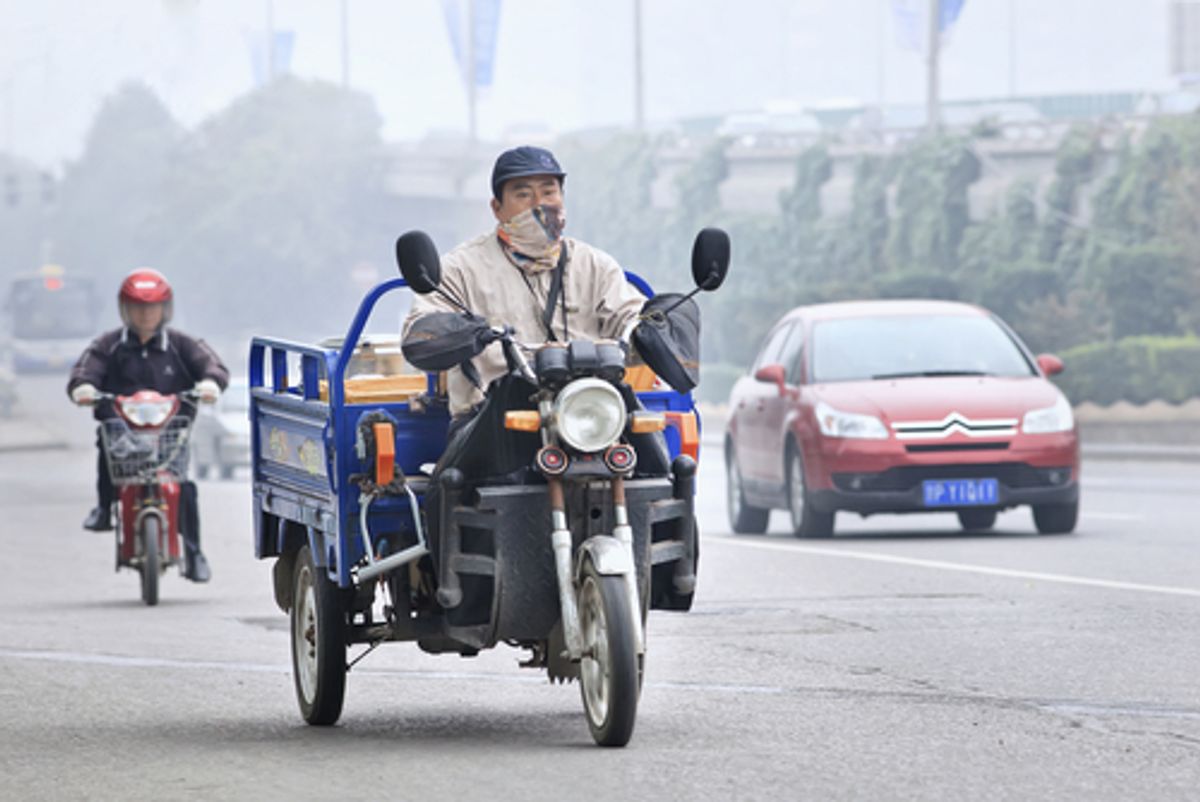 Daily exposure to air pollution -- a newly recognized carcinogen -- shouldn't exceed 20 micrograms per cubic meter of PM2.5, per the World Health Organization's recommendation. Acute exposure to anything higher than 300 is considered hazardous. So when levels in the northeastern Chinese city of Harbin measured as high as 1,000 Monday morning, it counted as an emergency.

Daily life has ground to a stop in the city, population 11 million, where officials suspended classes and closed the airport, according to Reuters. The smog, which has reduced visibility to 10 meters, is believed to have been prompted by the first day of heating being turned on. Ominously, the whole thing is being called only the first major air pollution crisis of the winter:

Air quality in Chinese cities is of increasing concern to China's stability-obsessed leadership because it plays into popular resentment over political privilege and rising inequality in the world's second-largest economy.

The government has announced plans over the years to tackle the pollution problem but has made little apparent progress.

In Harbin, the smog is expected to continue for 24 hours.