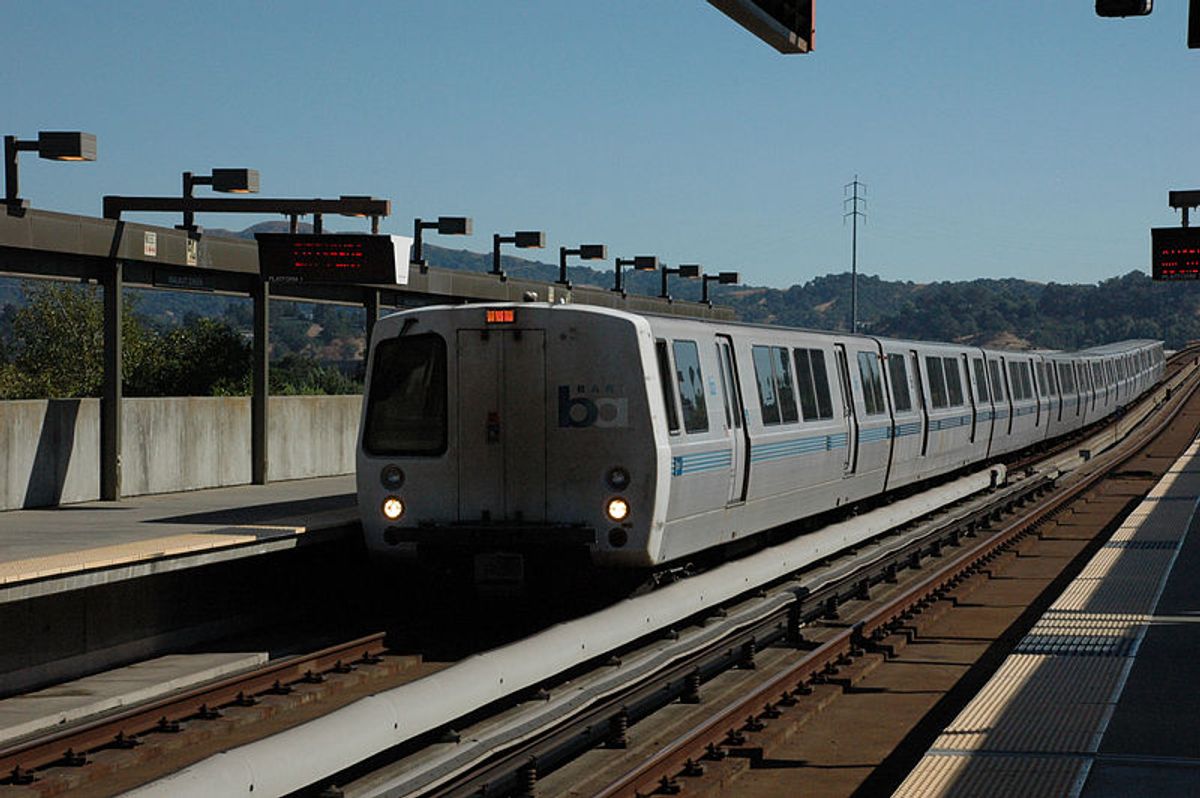 Just 48 hours after BART workers went on strike over pay and workplace rules, two workers were struck and killed by an out-of-service train during a track inspection.

On Sunday the Amalgamated Transit Union Local 1555 canceled picket lines for the day to attend a vigil for the deceased workers. The strikers -- around 2,000 transit employees -- will resume picketing on Monday. Meanwhile federal authorities are investigating the deaths.

Two investigators from the National Transportation Safety Board arrived from Washington on Sunday and were briefed by BART officials. At a news conference Sunday afternoon, Jim Southworth, the investigator in charge, said the agency did not yet know whether the strike would play a role in the investigation.

"My concern coming out here, as it is in every investigation, is to find out what happened," Mr. Southworth said. But he added that the training of the workers would be examined.

Mr. Southworth said his team would view information from digital recorders inside the train’s cab, examine the track and equipment, and conduct interviews.

Transit system employees have been embroiled in a dispute for months with BART management over wages, safety procedures, pensions and health benefits.