Jewish Voice for Peace says ADL, the self-described "premier" civil rights group, is the one being anti-semitic 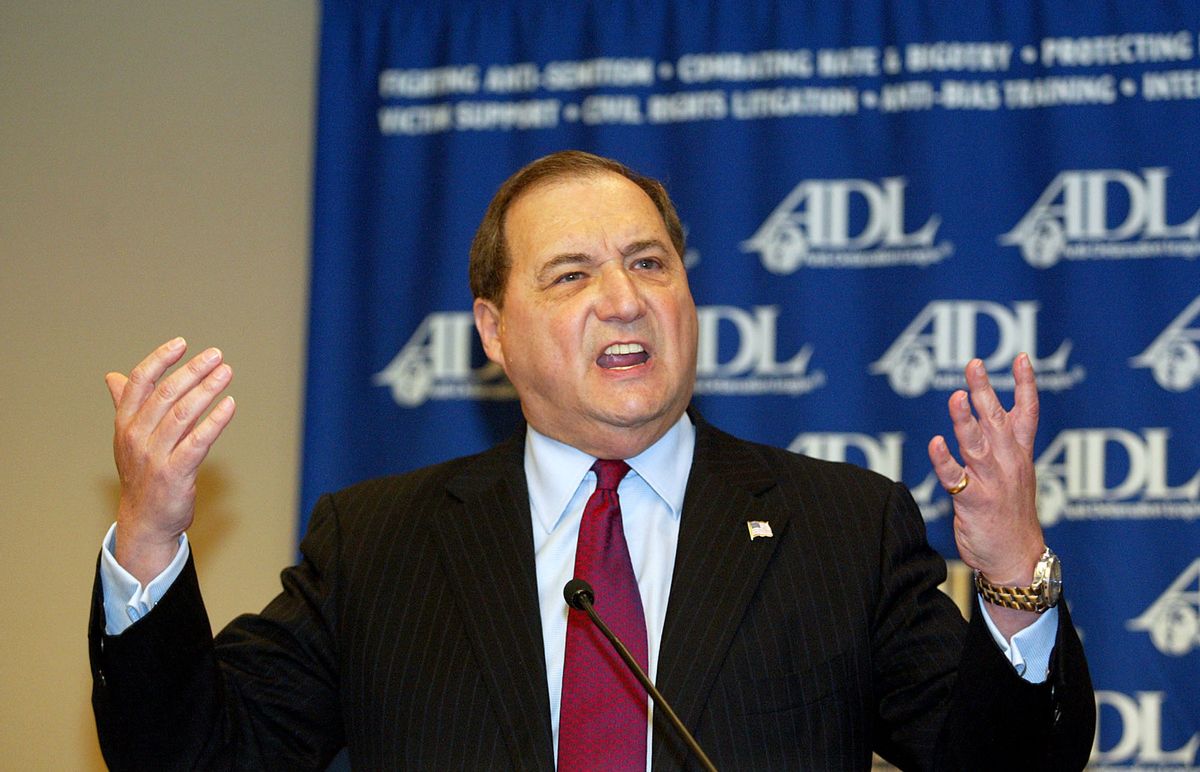 In a Monday report, the Anti-Defamation League – the self-described “premier civil rights/human relations agency” in the United States – slammed what it called the “Top 10 Anti-Israel Groups in America.” Among those listed: several groups with Jewish leaders and activists, and two explicitly Jewish organizations.

“I don’t think that everybody realizes the amount of Jews that are involved in some anti-Israel activity in this country,” Oren Segal, who directs the ADL’s Center on Extremism, told Salon Monday.  “They are saying, ‘You are Jews, but your way of being Jews is not OK,” countered Sydney Levy, advocacy director for Jewish Voice for Peace. “I qualify that as anti-semitism.”

Monday’s report is a follow-up to a previous 2010 list released by the ADL. Segal emphasized that the ADL was not accusing all ten of the organizations – which include Christian, Muslim, and Jewish groups – of being anti-semitic. But he argued that tracking “anti-Israel” activity was “very consistent with our fight against bigotry,” because “Israel is sort of a convenient entity, for many years, for many people to espouse bigotry.”

Segal said that the ADL was not against all criticism of Israeli government policy, but offered three criteria for identifying what he sees as potentially anti-semitic arguments: First, “the notion that Israel is controlling the government and media”; second, “offensive parallels” referencing the Holocaust; and third, “calls for dismantling” Israel as a Jewish state. While any one of those may not automatically signify anti-semitism, argued Segal,“When we contextualize that, then we sort of can decide whether we think they’re crossing the line or not.”

While saying “Jews can be anti-semitic,” Segal said he didn’t “feel comfortable calling Jewish Voice for Peace an anti-semitic group, but I do believe that they offer a degree of aid and comfort to some of those groups.” He added, “their sort of unique role in the larger anti-Israel movement is to shield other groups from allegations that they’re engaging in anti-semitism.” He cited JVP’s defense of another group on ADL’s Top 10 list, American Muslims for Palestine, when it was criticized for running ads invoking apartheid. (AMP and the Orthodox Jewish anti-Zionist group Neturei Karta, which also appears on the list, did not immediately respond to Tuesday morning inquiries.)

Levy rejected both Segal’s allegations against JVP and his criteria for assessing anti-semitism. "We can say, ‘it’s cloudy,’" said Levy. "Or we can say, ‘well it’s raining and it’s the fault of the Jews.’ The second is anti-semitic. The first one is not.”

While agreeing it would be wrong to say “Jews control the media,” Levy said that highlighting Israel’s outsized influence in US policy should be fair game: “There are very few examples, if any, where American foreign policy is so positively biased towards one country, and that’s something we should point out.” While saying he himself didn’t “like to compare one misery to another,” Levy noted that the Holocaust is often invoked by members and defenders of the Israeli government, and say the ADL was talking “as if only the ADL, and only the government, are the ones that can speak about the Holocaust.” As for the question of whether Israel should remain an explicitly Jewish state under law, said Levy, “They have to recognize that not all Jews agree on these matters.”

Levy argued that the allegation of “apartheid” in Israel was “a political argument,” that should be judged based on reading the relevant UN Convention, and said there was “nothing anti-Israel or not” about AMP invoking it. Asked about the ADL report’s allegation that JVP “consistently co-sponsors” rallies “marked by signs and slogans comparing Israel to Nazi Germany, demonizing Jews and voicing support for groups like Hamaz and Hezbollah,” JVP’s Levy said, “There is a reason why they don’t have any specifics: because that’s not true.” He said that while JVP cannot control what signs outside individuals may bring to protests, “the organizations that we work with,” including some of the others on the ADL’s Top 10 list, “are not anti-semitic.” He added, “whenever we see cases – and they’re very, very rare – of people that are in our circle” espousing anti-semitism, “we actually speak up.” Levy also argued that an ADL reference to JVP’s director being interviewed in an article in an anti-semitic newspaper was misleading, because the reporter involved had gotten the interview “under false pretenses,” without mentioning the outlet, which JVP quickly condemned.

Levy took particular issue with the ADL report’s allegation that JVP “intentionally exploits Jewish culture and rituals,” including by publishing a Haggadah – a text used to guide Passover rituals and storytelling – which “dedicated one of the traditional cups of wine to BDS [Boycott, Divestment, and Sanctions] and added an olive to the Seder plate to symbolize the Palestinian struggle.” Levy countered that suggesting BDS tactics were inherently anti-Israel was “like claiming that people who are divesting from Sudan are anti-Sudanese.” He said it was “really anti-semitism from the ADL” to suggest that “we should not be using our Jewish identity to speak about you know, what we think is happening in Israel-Palestine,” and to “say that they have control of the whole interpretation of what Judaism and what Passover should look like.”

Noting a recent Pew survey which found that 48% of American Jews don’t believe the Israeli government is making a “sincere effort” to reach a peace agreement, Levy said, “it is clear the mainstream American Jewish organizations do not speak for the majority of American Jews.” He argued that that disconnect was particularly true for “unaffiliated” Jews who aren’t member of synagogues or Jewish organizations. “There’s a reason why they are not affiliated,” said Levy, “because they don’t feel any connection with these organizations that don’t talk for them.” Asked about that survey finding, ADL National Director Abraham Foxman told the Jewish Daily Forward’s Josh Nathan-Kazis, “You know who the Jewish establishment represents? Those who care. This is a poll of everybody. Some care, some don’t care.”

The ADL’s 2010 Top 10 list was released a few months after the group drew high-profile criticism for “recommending that a different location be found” for the Islamic center that right-wing groups had branded the “Ground Zero Mosque.” Asked about that controversy, ADL’s Segal said that the ADL had “recognized the right of the mosque to be able to be built there,” and that “a lot of people felt that it wasn’t the time for that to be built.” He noted that the ADL has “advocated for the building of mosques around the country,” and added, “Our record is pretty consistent and clear.”