Mystery surrounds the monster oarfish that washed up in California

How did they die? And are they trying to warn us about something? 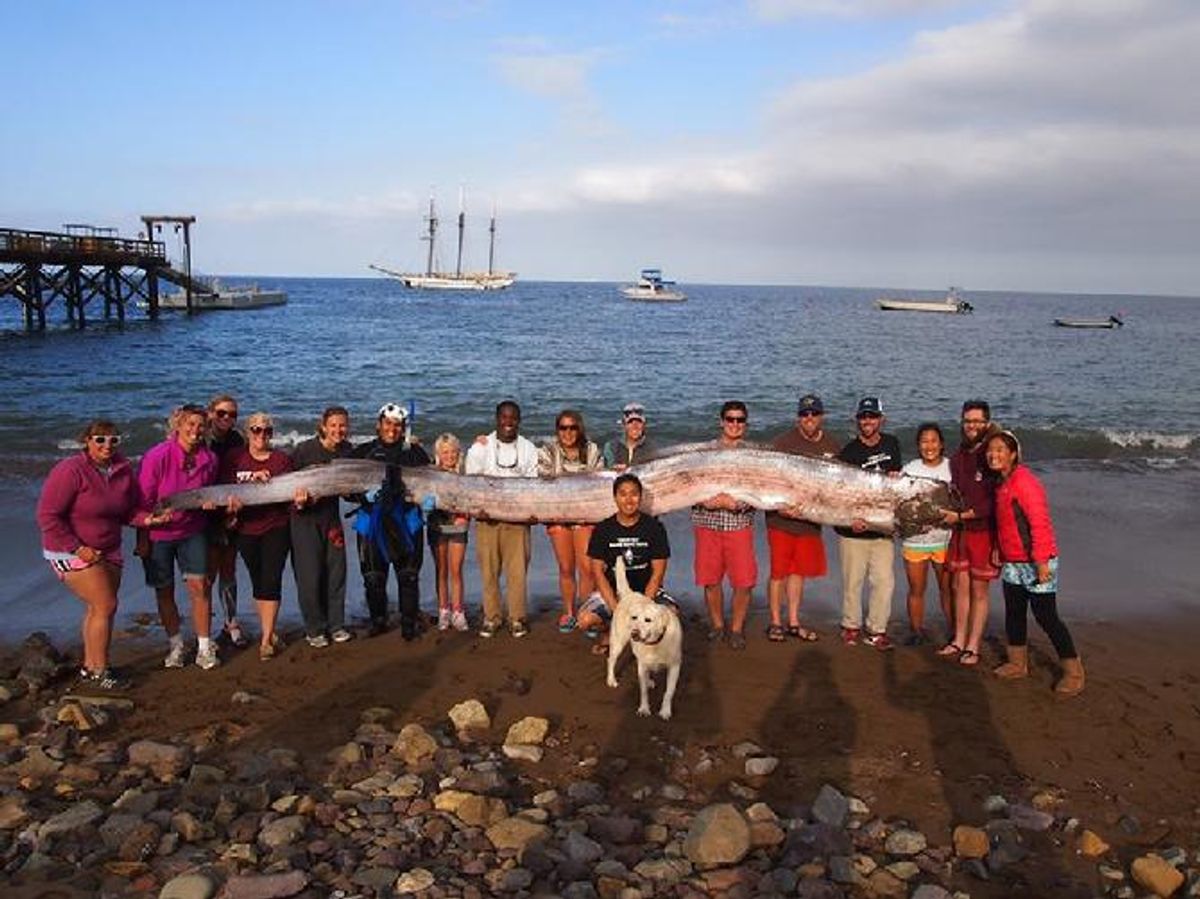 When an 18-foot-long oarfish was spotted off the coast of southern California last week, it was called the discovery of a lifetime. Since then, it's been joined by a second, equally rare fish, this one measuring in at 14 feet.

Scientists, understandably, are really excited to have the chance to slice the fish up and figure out how they work. Being scientists, they're also a bit worried about what could caused the deep-water fish to wash ashore. From the Los Angeles Times, here's what they know so far, and what they're looking to find out:

Despite its menacing appearance, the serpentine, silver fish is toothless and heavy, with weak, flabby muscles. They glow slightly, and a ribbon-like dorsal fin waves along the length of their bodies as they hang in the water, sucking down plankton and jellyfish, said Russ Vetter, who assisted in the smaller fish’s dissection and directs the fisheries resource division at the Southwest Fisheries Science Center.

The tissue will be divided and sent to research specialists around the world, who will look for clues about the creature and its habitat – its eyes, gills, heart and liver will be studied, its DNA will be sequenced for insight about the fish’s evolution, and its ear bones will be examined to determine age.

The fish’s tissue will be tested for toxins, and data that could indicate low oxygen levels in the water will be examined as it becomes available, Vetter said.

Exactly how the fish died, according to the AP, may forever be a mystery. A rumor circulating online, though, claims that in Japanese lore, beached oarfish portend earthquakes. Scientists contacted by ABC News could neither confirm nor deny the theory that the oarfish are seismologically attuned and committed suicide in anticipation of a quake, so we'll have to just wait and see on that front.

Research on the dead specimens, on the other hand, will take years, and may not yield too many satisfactory answers: “If all you knew about deer was road kill … how much would you actually know about deer?” Milton Love, a research biologist at the Marine Science Institute at UC Santa Barbara, told the LA Times. “That’s kind of where we are with oarfish.”