The guided missile isn't quite the most technologically advanced 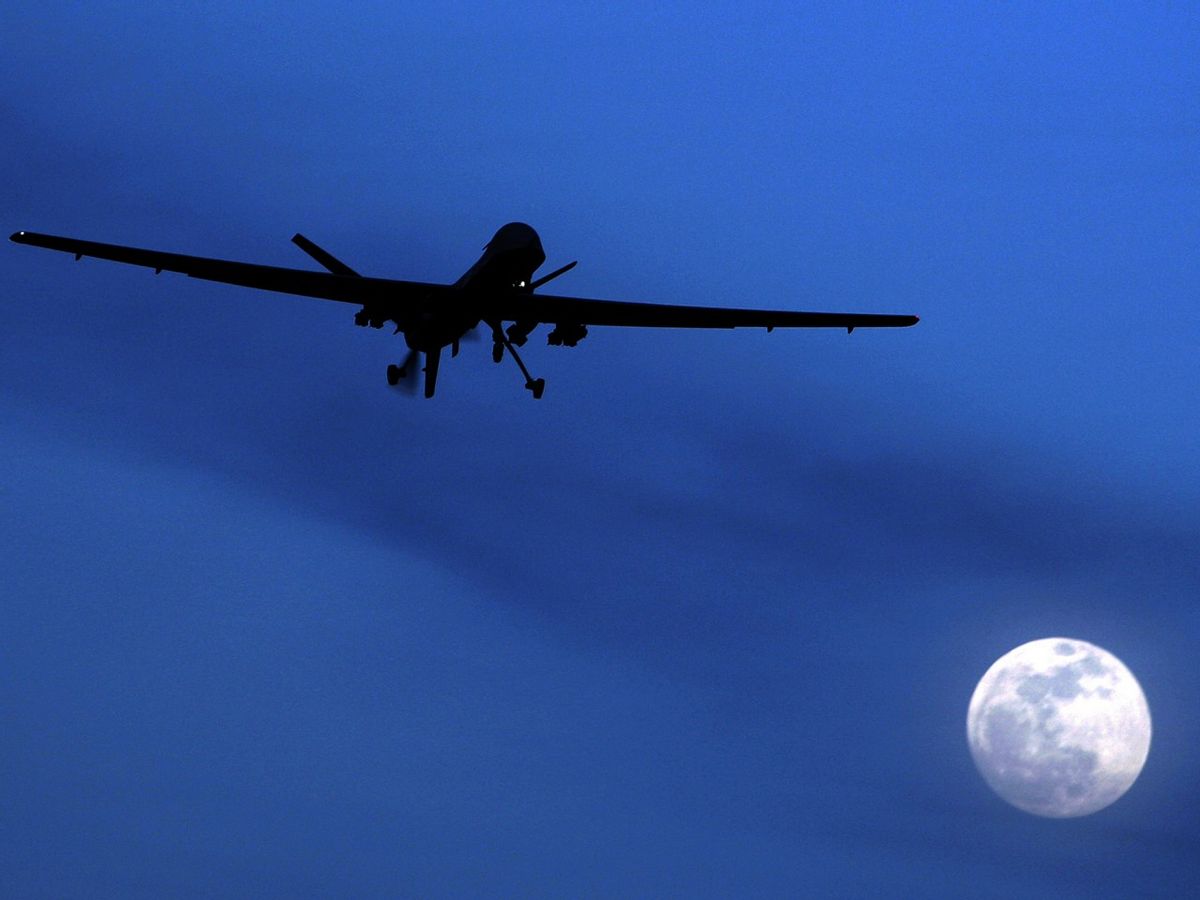 Iran's latest drone isn't one. The "matchstick with wings" body, camera slung beneath the fuselage, and remotely piloted nature of the Ra'ad 85 all obscure the vehicles' true nature: it's a flying bomb, slapped together with duct tape and meant for one use only. Built from the body of Iran's Mohajer 4 drone, the Ra'ad 85 straddles the line between remotely piloted vehicle and guided bomb.

The distinction between drones and guided missiles is a bit arbitrary, as either can be remotely piloted or steered by an internal guidance system. In fact, both categories have a common ancestor. Designed in WWI and dubbed an aerial torpedo, theKettering Bug was a minature biplane carrying explosives. With a rudimentary, pre-programmed guidance system, the Bug would fly a set distance (up to 75 miles, and counted out by an odometer attached to the propeller), and then crash to the ground, hopefully hitting its intended target. Developed too late to be used in the war, the concept was tested further during the interwar era; the UK's ship-launched RAE Larynx was an early example. While the Bug and the Larynx were never used in war, drone-like flying bombs have seen a recent revival, notably with America's Switchblade piloted missile.

Somehow, the duct tape reminds us of Iran's not-so-stealthy stealth drone from May...