Kill a rhino, save the rhinos? 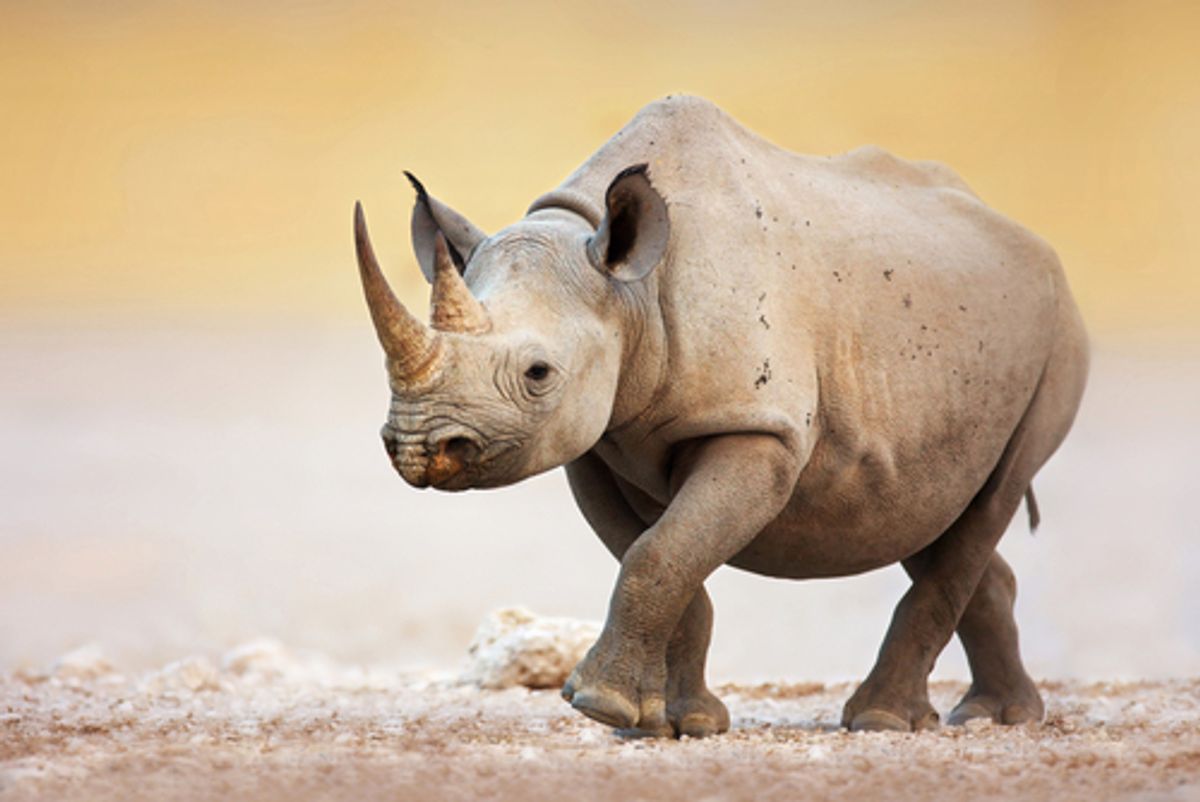 To kill a rhinoceros in Africa, it helps to be affiliated with an organized crime unit and equipped with military-grade equipment. Or, you could just be the highest bidder in an auction.

In an effort to save the black rhino, of which only 5,055 remain in the wild, the Dallas Safari Club (DSC) is auctioning off the chance to travel to Africa and, as the Dallas Observer puts it, shoot one dead.  The club received special permission from the government of Namibia to hunt in Mangetti National Park, and from the U.S. Fish and Wildlife Service to bring the prize kill back to the states.

Shooting down one of Namibia's 1,800 remaining black rhinos isn't as crazy as it sounds, DSC Executive Director Ben Carter told the Observer:

Carter expects the DSC's to fetch as much as $750,000, every dime of which will go to the Conservation Trust Fund for Namibia'’s Black Rhino.

The good that money will do for the trust fund's efforts, which include everything from population surveys to health checkups to posting guards to ward off poachers, far outweighs the damage.

"Black rhinos tend to have a fairly high mortality rate," Carter says. "Generally speaking, out of a population of 2,000, harvesting three rhinos over a couple or three years has no impact on the health of the rhino herd at all."

$750,000 is a lot of money -- perhaps more than conservation-minded folks might be willing to donate out of the goodness of their hearts. Then again, permitting one to be killed runs directly counter to the anti-poaching effort, which goes to great lengths to protect each and every remaining rhino. The Kenya Wildlife Society, to take just one example, recently announced that the country's entire rhino population is about to be outfitted with microchips, allowing for "100 per cent traceability of every rhino horn and live animal within Kenya." When a creature is this close to becoming extinct, many would argue, every life counts.