The senator's daughter bonds with her dad on TV 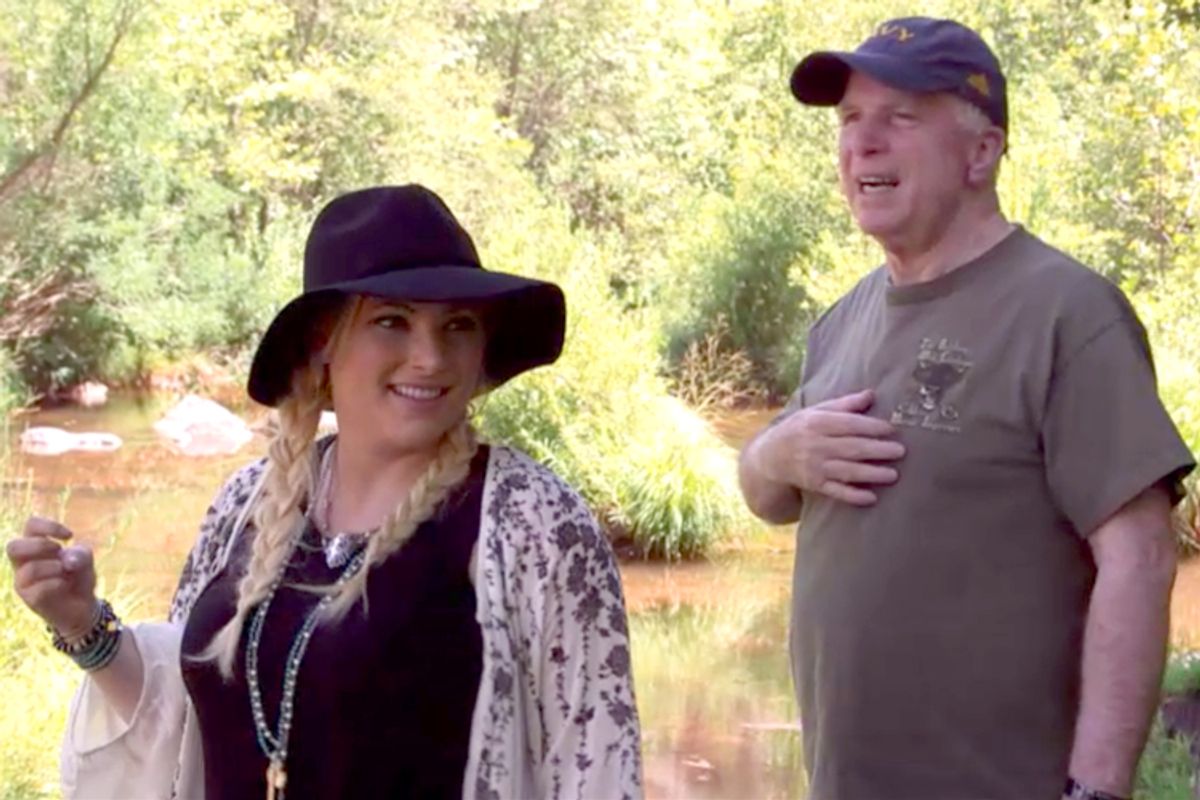 Meghan McCain's talk show, "Raising McCain," came in for criticism at Salon before its launch last month for depicting feminism as an outmoded mentality, irrelevant to today's youth. The show's unfolded on the new Pivot TV network without making as big a splash as it did in its early going; that may change after Pivot airs Saturday's episode, featuring an interview with Meghan McCain's father, Arizona Senator John McCain.

In the episode, Meghan McCain explains her thought process entering into her interview:

The theme of this episode is bootstrapping, which means picking yourself up after you’ve fallen down, and it is a great metaphor for this generation and what we’ve been handed. Obviously, my dad knows a few things about overcoming adversity. I have a very close relationship with my dad. I have never, in my whole life, ever, chosen to interview him.

Necessarily, McCain is nervous about the interview -- at a cocktail party before she flies to the McCain family's Sedona ranch, she prepares by asking a comedian: "Do you have any advice for anything you’ve done in your life where you’ve had to overcome adversity or address challenges or bullying or anything?"

A theme emerges over the course of the episode -- McCain the younger, who's never interviewed her father, has no real idea what to ask him! As she notes to camera before the interview: "I don’t want it to be so heavy, like, ‘Oh, what was it like being a prisoner of war,’ but, like, ‘how do you deal with the small things,’ too."

When the pair sit down for their interview, Meghan McCain asks John McCain: "All right, Dad: The central question of this episode is all about how this generation can overcome all the obstacles we’re facing and still live a fulfilling life." He tells her that people should invest in private-sector or religious charities, noting: "There are a lot of things you can do with your life, and it doesn’t take a lot of time or effort to give back."

In all, the episode provides insight into John McCain's legislative and rhetorical style, if inadvertently. (Certainly not through Meghan McCain's question about why his concession speech in 2008 was "one of your greatest speeches of all time.") The Arizona senator describes at some length angry replies he got to a 2011 tweet indicating that a revolution was coming in Russia. The tweet, part of a long anti-Vladimir Putin strategy undertaken alone by the senator, got vociferous replies from Russians, McCain said, indicating he'd had "relations with animals." But, he concluded, "You cannot please everybody. You just can't do it. There's always going to be critics, and it is what it is."