Ron Burgundy is back in two more "Anchorman" trailers 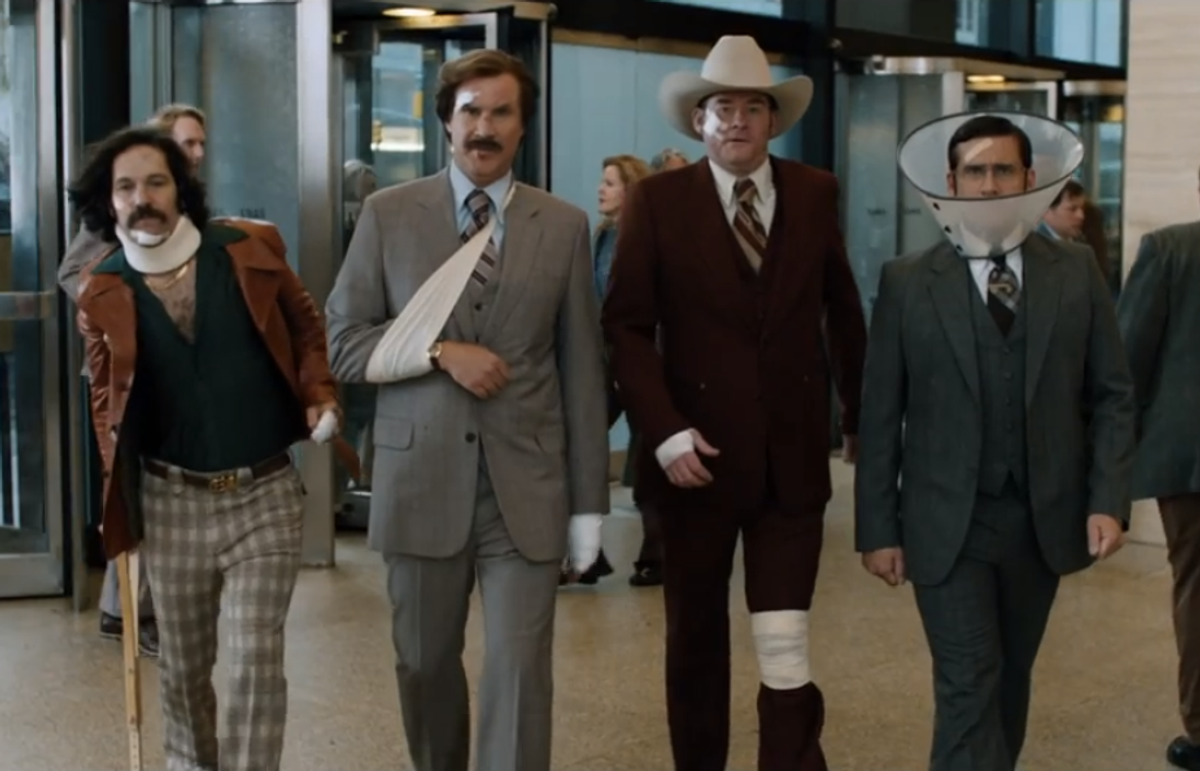 Ron Burgundy and his team of ace reporters are back with two new "Anchorman 2: The Legend Continues" trailers, a follow-up to 2004's cult classic "Anchorman." Burgundy, played by Will Ferrell, tries to reboot his journalism career in New York and gets some lessons in diversity along the way, while Steve Carell's character, Brick Tamland, is thankful just to be alive.