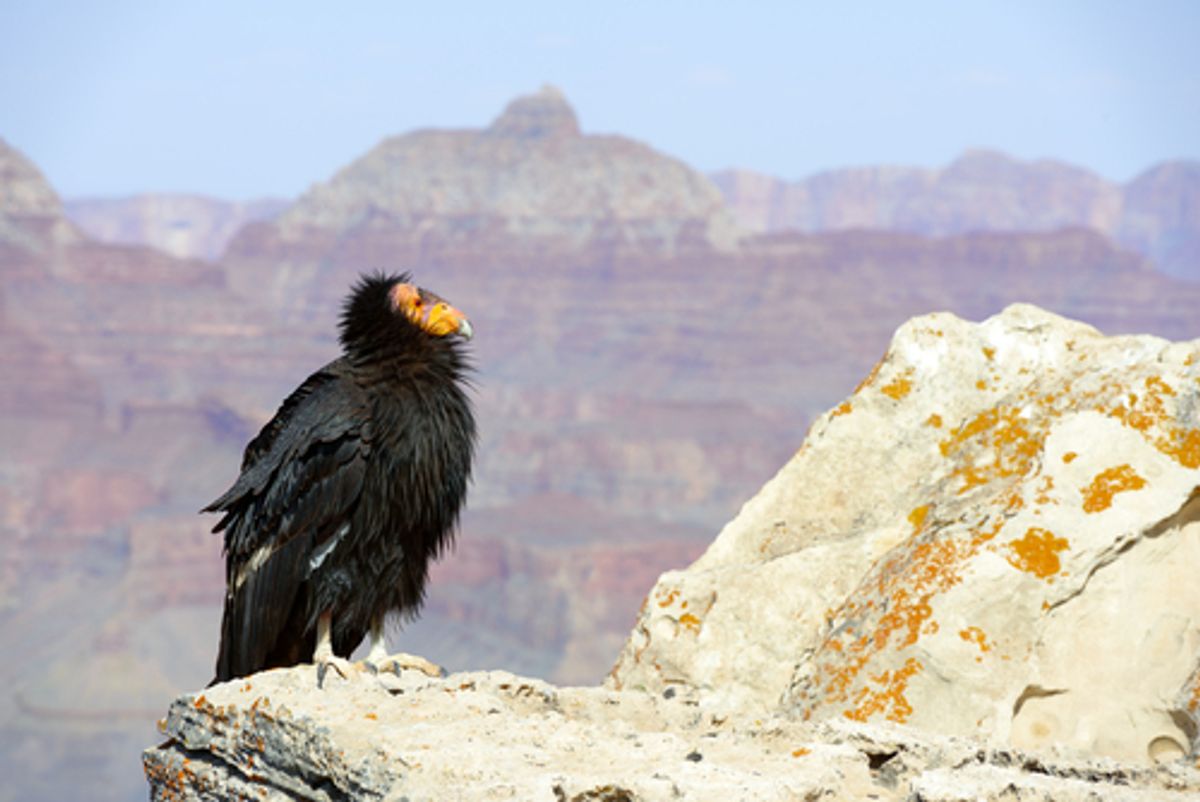 For those slightly bored by watching oversized stuffed animals laze around on Panda Cam (it's okay to admit it!), there's a new, and considerably more graphic, wildlife stream to check out. Condor Cam, launched Monday and embedded in a remote canyon in Big Sur, California, follows North America's largest birds as they fly, groom and feed in the wild (viewer discretion is advised).

Only 429 California condors are alive today, and half of those are in zoos, meaning the webcam is the only chance most of us will get to spot one in the wild. But the difficult task installing the solar powered camera, which overlooks one of the endangered birds' main feeding areas, wasn't undertaken purely for entertainment purposes, San Jose Mercury News reports:

It wasn't easy setting up the camera. The area is so rural that there is no electricity or Internet connection. The system, which cost about $15,000, Sorenson said, was funded by a donation from FedEx and help from the Oakland Zoo. Crews installed a high-speed T1 Internet connection at a home 12 miles north of the site, then set up antennas to get the signal to the solar-powered camera.

On Wednesday at noon, biologists will be releasing three condors on camera that were raised in captivity. When they aren't releasing birds, the new video footage can help scientists see how condors are feeding, or whether they are exhibiting signs of lead poisoning from eating dead animals with lead bullet fragments in them. "We have to drive one-and-a-half hours up a dirt road behind five locked gates just to get to this place," Sorenson said. "It's an all-day thing. So this is an amazing tool for us to help monitor condors in the wild."

The Ventana Wildlife Society, which runs the webcam, says the condors are typically most active midday. And whenever something particularly exciting happens, they'll be posting about it on Twitter.