The social media giant reverses itself on beheading videos, and the latest policy change is as awkward as always 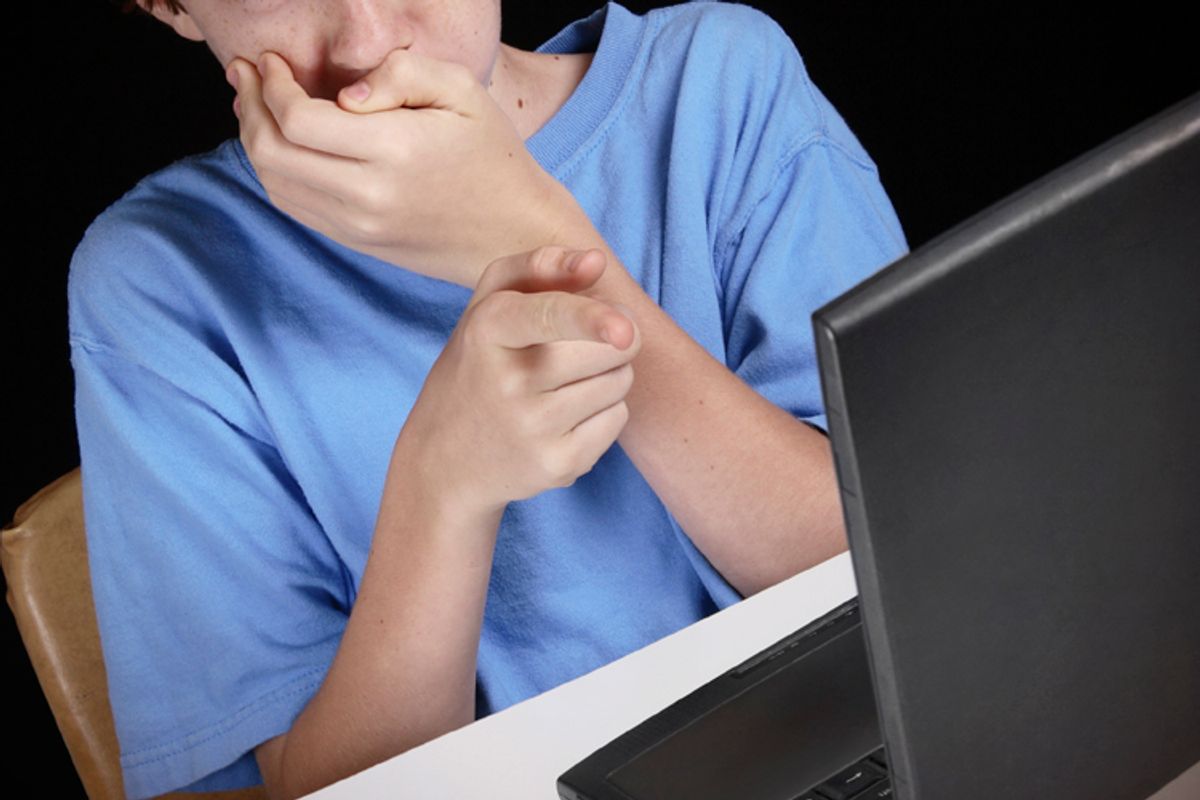 Maybe letting yourself become a forum for people to post videos of murders wasn't such a hot idea after all. This week, Facebook reversed its decision of just days earlier to lift its ban on a clip of a woman being beheaded.

Last May, after a series of user complaints, Facebook blocked beheading clips on the grounds they could cause psychological damage. But recently, a clip titled "Challenge: Anybody can watch this video?" that purported to depict the decapitation of a woman by a masked man in Mexico was posted – and quietly remained unchallenged by FB administration. On Monday, the BBC reported that Facebook had updated its terms and conditions to the narrow restriction of images that, in its definition, "glorify violence." In other words, if a video wasn't "glorifying," it might have redeeming value and a reason to remain. (Glorifying violence, as the BBC notes, still ranks on FB's list of no-no's alongside such incendiary acts like showing a woman's "fully exposed breast.")

In a statement, Facebook appeared to be looking for an opportunity to become a tool of social justice. "Facebook has long been a place where people turn to share their experiences, particularly when they're connected to controversial events on the ground, such as human rights abuses, acts of terrorism and other violent events," a spokeswoman explained. "People are sharing this video on Facebook to condemn it. If the video were being celebrated, or the actions in it encouraged, our approach would be different. However, since some people object to graphic video of this nature, we are working to give people additional control over the content they see. This may include warning them in advance that the image they are about to see contains graphic content." But Family Online Safety Institute head Stephen Balkam disagreed with the decision, telling the BBC, "There's no warning label nor is there any condemnatory context. It's just sort of up there and the first image you are presented with is a woman's head being held by a guy."

Facebook has a long and erratic history of responses to disturbing content. In August, Miami resident Derek Medina posted a photograph of his wife's bloodied corpse with the caption "Rip Jennifer Alfonso" on Facebook. The social network immediately removed the image and revoked Medina's account. But in May, Chicago prosecutors announced they were charging three teenage boys with sexually assaulting a 12-year-old girl – and posting a video of the rape on all three of their Facebook pages. Soon after, a group of women's activists sent an open letter to Facebook asking for it to take stronger measures to restrict images that celebrate and laugh at violence and abuse against women – and Facebook responded with a vow to seriously address its ongoing "issues of gender-based hate."

You can call the initial choice to leave up the beheading video a cry for justice, but as Mike Isaac explained on AllThingsD at the time, "If Facebook wants to promote its platform as a protected one for free speech, that’s a win for activists. But it is hardly entirely altruistic ... If Facebook can convince the world that it is a platform for all types of public discussion, that could help foster chatter on topics that advertisers care about — and can sell ad space against."

But now Facebook, in yet another reversal, has removed the beheading video. In a statement, the company explained, "Based on these enhanced standards we have re-examined recent reports of graphic content and have concluded that this content improperly and irresponsibly glorifies violence. For this reason we have removed it." It says it will review future similar clips on a case-by-case basis. Its current plan is to permit such videos if users issue a warning about the graphic content and demonstrate they "condemn" the violence. But it says it will remove them if they appear to be solely for "sadistic pleasure or to celebrate violence."

Though the newest incarnation of its standards allows for the nuances in content and its purpose, it's still an awkward policy at best. And in a culture that has a shabby track record of banning breast-feeding images while being pretty slow to act on rape images, you can't ignore the fact that Facebook continues to have a serious problem with how it chooses to depict women and violence against them. Under its current conditions, it's hard to imagine Facebook becoming a place where posting videos of women's murders will become an opportunity for serious conversation and true justice. Hostage UK, a British organization for families of people who have been kidnapped and killed, told the Guardian Wednesday, "The public are well aware of the brutalities committed, and a public showing … adds nothing other than to cause further unimaginable suffering."