A Georgia GOPer indicates he's ready to shut down the government...again 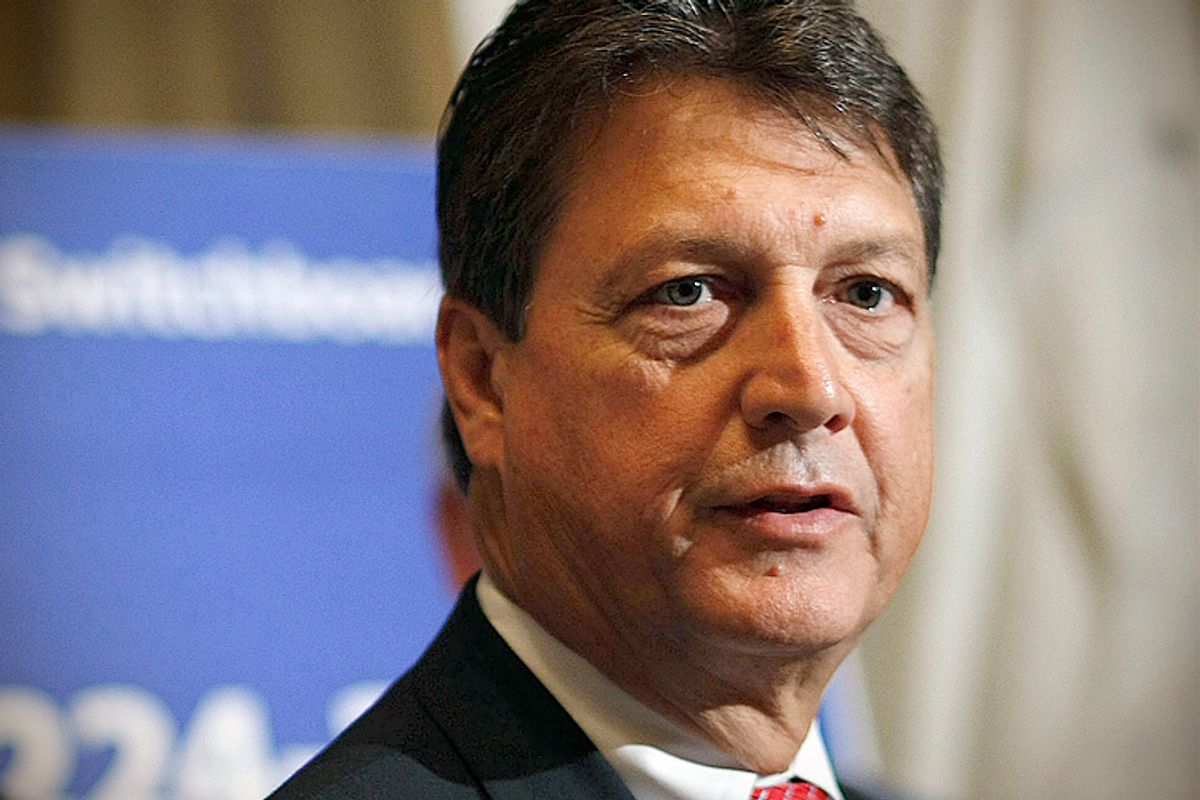 Judging from his recent comments during a closed-door meeting of the House GOP, Georgia Rep. Lynn Westmoreland, who first threatened to shut down the government all the way back in 2010, may be ready for a second round.

During recent a closed-door meeting with House Majority Leader Eric Cantor, according to Politico, Westmoreland expressed concern that absent "a fight" in January, when the government's current funding runs out, Republicans would look weak in their opposition to Obamacare.

"The American people are going to demand a fight in January," Westmoreland said. He continued, "Look, when this thing  goes into full effect, some of those people will go, 'Why didn't y'all stand tighter? Why did y'all let this happen?'"

That’s why top Republican leadership sources still expect they will have to expend a significant amount of political capital in the government funding fight in January. Despite the early shift, many lawmakers and aides in and around leadership expect the battle to be so bruising that they joke that Congress should call it quits until the 2014 election. Many top Republicans doubt there will even be a vote on immigration reform before the end of 2014.

And there’s the perennial question of whether the rank and file ever listens to Republican leadership.

“I used to say, ‘Oh, the tea party has hijacked the name Republican,’” House Minority Leader Nancy Pelosi (D-Calif.) said Wednesday. “No, they now dominate. It used to be the tail is wagging the dog. If that’s still the case, this dog’s got a mighty big tail.”