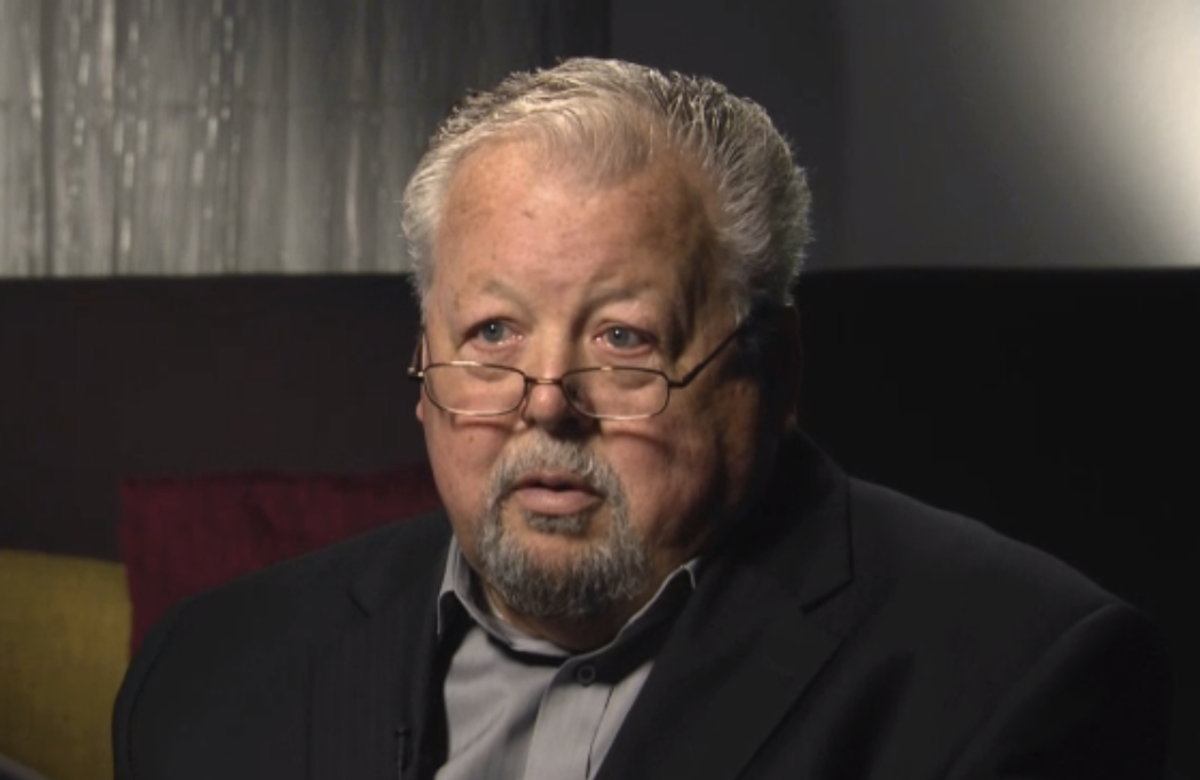 North Carolina GOP Precinct Chair Don Yelton stands by what has been deemed as the "most baldly racist 'Daily Show' interview of all time," during which Yelton told correspondent Aasif Mandvi that he's in favor of the state's controversial voter ID laws because "If [the law] hurts the whites so be it. If it hurts a bunch of lazy blacks that want the government to give them everything, so be it."

It seemed that Yelton was prepared for the backlash; before the interview aired, he told the Mountain Xpress that "The questions were such that the answers can be played with. I expect them to play with my answers for racism."

But Yelton, who once posted a picture of President Obama "sittin' on a stump as a witch doctor" on Facebook to make fun "of the white half of Obama, not the black half," doesn't think his quotes were taken out of context. In fact, he is quite pleased with how it all turned out.

Though Mandvi was incredulous ("You know that we can hear you, right?" he asked Yelton, at one point), in a follow-up interview Yelton told the Mountain Xpress, "The comments that were made, that I said, I stand behind them. I believe them":

The short interview clips were edited together from a much longer two-hour sit-down, says Yelton. But he says he was pleased overall with the parts that were included. In fact, he notes that some of the comments he made that weren't included might've even been more controversial. "To tell you the truth, there were a lot of things I said that they could've made sound worse than what they put up." He adds, "I would've loved to been able to do it live. … but that wasn't offered."

Yelton says he was well aware of what he was getting into when he agreed to be on the show.

"Everybody and their brother told me 'they're going to make fun of you,'" he notes. "I don't think we can run from the people that disagree with us. If you're not willing to talk to people you disagree with, than you're never going to accomplish anything. So that's why I agreed to take the interview."

The North Carolina GOP has responded by distancing itself from Yelton, who has been reprimanded in the past. The Buncombe County GOP stated in a press release via Facebook that "Mr. Yeltons [sic] comments are offensive, uniformed, and unacceptable of any member within the Republican Party. In no way are his comments representative of the local or state Republican Party" and have asked Yelton to resign:

“Let me make it very clear, Mr. Yelton's comments do not reflect the belief or feelings of Buncombe republicans, nor do they mirror any core principle that our party is founded upon” said Chairman Mitchell. “This mentality will not be supported or propagated within our party”.

“We have requested that Don resign his position of precinct chair and if he is unwilling to do this, we will again be pursuing avenues to remove him from any and all positions at any level within the state” said Chairman Mitchell.

Phone calls Salon placed to both Yelton and the Buncombe County GOP were not returned.

UPDATE: Speaking to Pete Kaliner, host of "The Pete Kaliner Show" on WWNC 570 AM, Yelton has officially resigned from his position as precinct chair within the Buncombe County Republican Party.

Nathan West, Communications Director of the Buncombe County GOP, told Salon over the phone that he is worried about the "artificial damage" Yelton has caused the party. Their base has "been building for a while now," says West, and "Don Yelton always takes us back."