Pepper-spray cop gets a bigger settlement than his Occupy victims 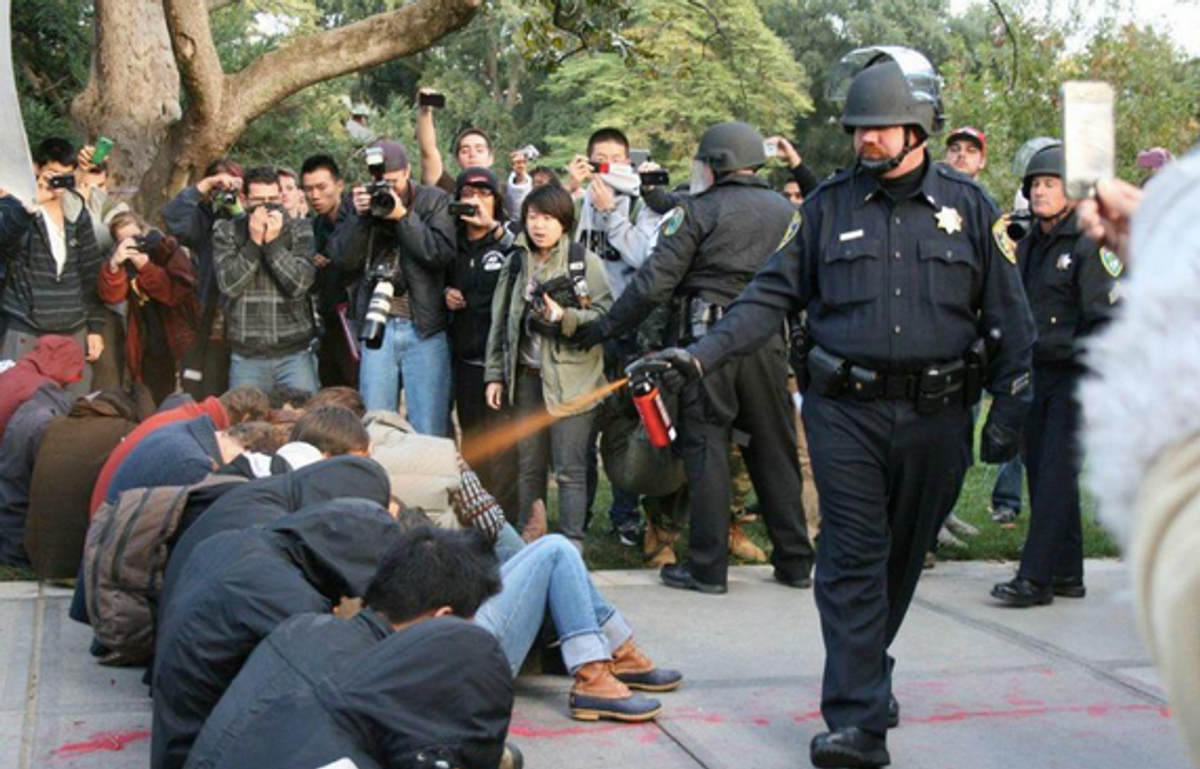 Former University of California, Davis, officer John Pike -- better known as "pepper-spray cop" -- became a viral online meme after he was videoed and pictured wantonly spraying pepper gas in the faces of Occupy protesters on the Davis campus as they sat passively in a row.

Now pepper-spray cop will receive in workers' compensation a settlement higher than the sums received from the university by each of his victims. Pike -- whose actions lost him his job following an inquiry -- was awarded a $38,000 settlement for "psychiatric injuries" incurred from his treatment following the incident (in which, I repeat, he showered a row of sitting young people with excruciating gas). U.C. Davis awarded $1 million to 21 plaintiffs, which, following the payout of legal fees, has left each student with $30,000 -- $8,000 less than their aggressor will receive.