The ozone hole is a little bit smaller this year 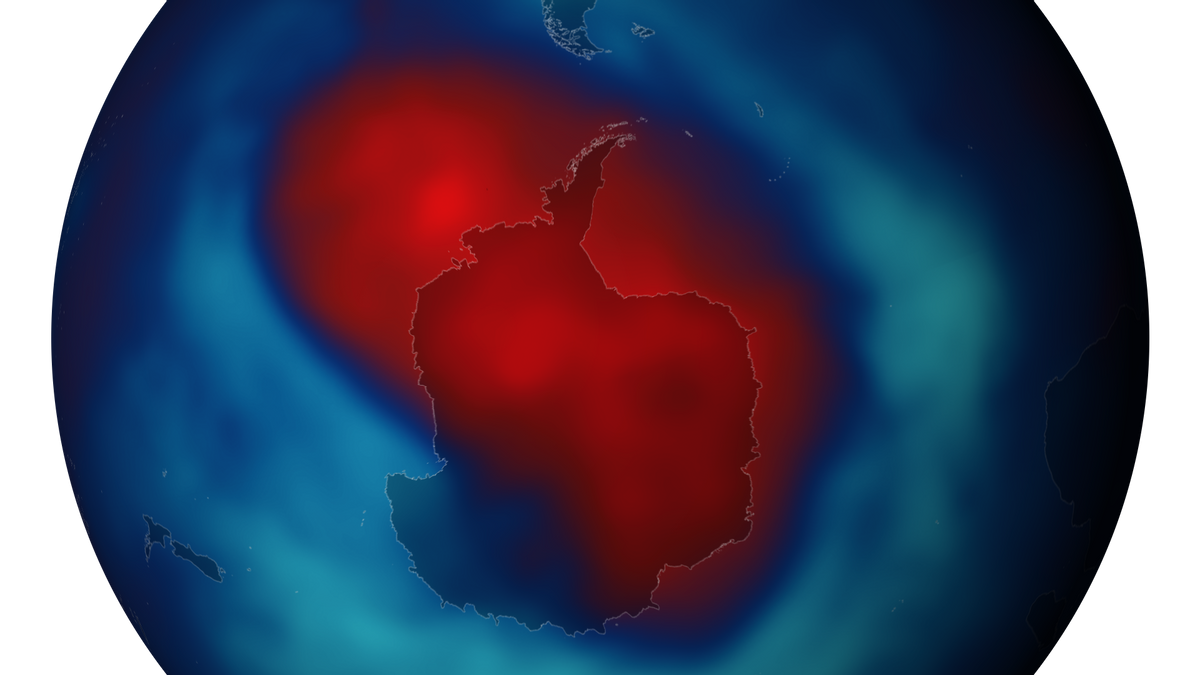 Covering an area of about 8.1 million square miles over the South Pole, the man-made hole in the ozone layer of the atmosphere appears to have shrunk this year, researchers say. The shrinkage, although small, represents a 6 percent decline from the hole's average size since 1990.

Scientists aren't prepared to say that the ozone situation, which first surfaced in the 1980s, is getting better. But they can confirm that it isn't getting worse. In the words of James Butler, director of the global monitoring division at the National Oceanic and Atmospheric Administration’s Earth System Research Lab, it's ‘‘sort of encouraging news."

This year's change was mostly driven by local weather. Warm air in the upper atmosphere in September and October lead to the formation of fewer stratospheric clouds which, according to the researchers, eat away at ozone "like the Pac-Man eating cookies."

They were unable to say whether another man-made process -- global warming -- was responsible.