The diners called his sexuality "an affront to GOD." Now the local community is rallying behind him 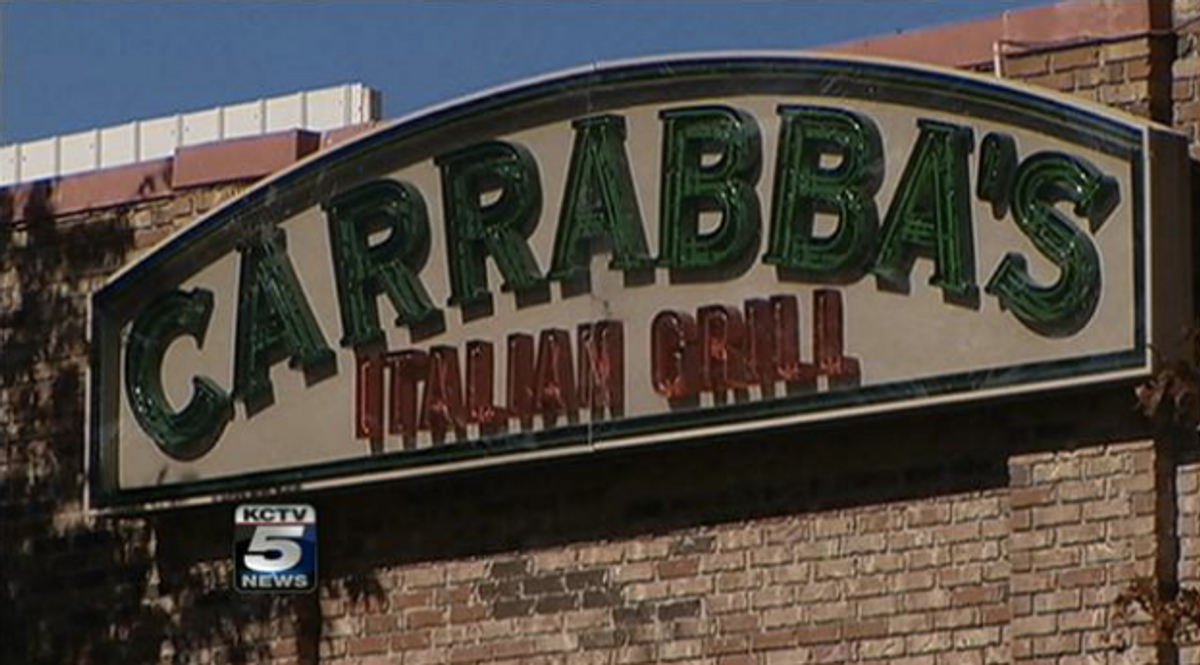 A 20-year-old server at a Carrabba's Italian Grill in Overland Park, Kan., is receiving an outpouring of support  after two diners refused to tip him. The restaurant patrons didn't decline a gratuity because the waiter provided poor service -- in fact, they said the service was excellent. It was just provided by a homosexual, and so the couple felt it would be wrong to indulge his sinful lifestyle.

After paying for their meal, the couple left a note on the back of their check explaining why their young server would not receive any additional commission, writing, according to WTVM:

Thank you for your service, it was excellent. That being said, we cannot in good conscience tip you, for your homosexual lifestyle is an affront to GOD. (Homosexual slur) do not share in the wealth of GOD, and you will not share in ours," the customer wrote. "We hope you will see the tip your (homosexual slur) choices made you lose out on, and plan accordingly. It is never too late for GOD's love, but none shall be spared for (homosexual slur). May GOD have mercy on you.

Neither the waiter nor his mother, who works as a hostess at the restaurant, have commented on the situation, but Carrabba's has stated that it does not tolerate discrimination in any of its establishments. The restaurant chain has yet to state publicly whether or not action will be taken should the homophobic patrons return to the Carrabba's in Overland Park.

The incident has gotten attention on social media, and  the waiter has become something of a celebrity in the area's LGBTQ community. Allies plan to dine at Carrabba's in droves today, to stand -- or dine -- in solidarity with the young man. Several of the server's supporters are associated with the local LGBTQ Bible study; the incident seems to have provoked an especially profound sense of rage amongst queer allies and those who identify as both LGBTQ and Christian. As one supporter of the waiter told KCTV, "This does not represent Christianity... God really loves us. And God does not advertise or promote hate. That is not love."