From Bravo to TLC to History, these cable channels used to be highbrow. No more! 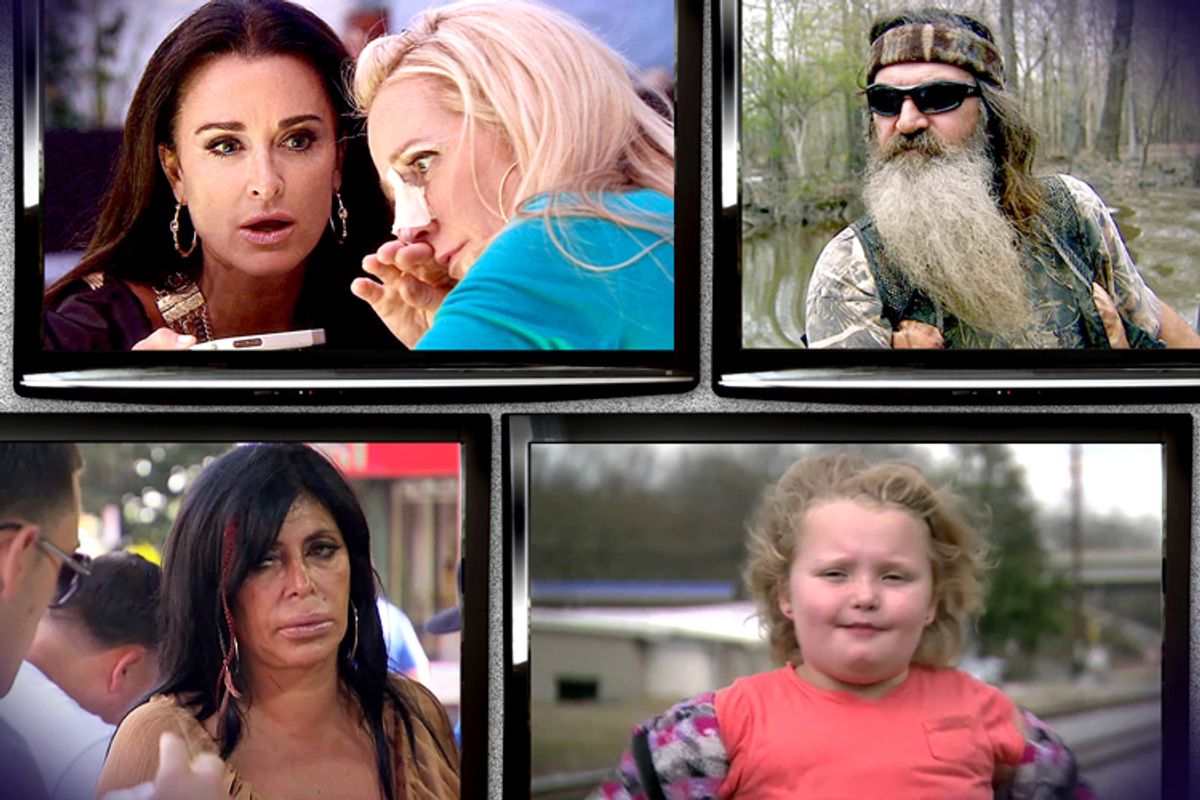 Some brands are consistent through the years, delivering you exactly what you've come to expect without variation.

All across the dial, cable networks have shed their identities in order to become things far stranger -- and, often, a bit less highbrow -- than they'd been initially. The network formerly known as History Channel (now it's just History) has defined the academic subject as including ancient aliens and truckers; TV Land's reruns have gone from old-school classics to stuff from 10 years ago; just about every fine-arts channel broadcasts reality TV now.

It makes sense -- in a crowded market, no one's going to subsidize a network that does something unpopular. All these networks once did slightly different things, but now many have shifted toward the same model: broadcasting unscripted shows depicting a particular corner of the American experience (trucking, pawnbroking, being a pampered wife of one variety or another). Still, there's something a bit wistful about imagining each of these cable networks' original iterations frozen in amber -- rather than a dial full of similar-looking broadcasts, we could have a gleefully out-of-step Bravo and A&E doing British costume drama, and medical oddities all over TLC. Oh well--there's always reading!