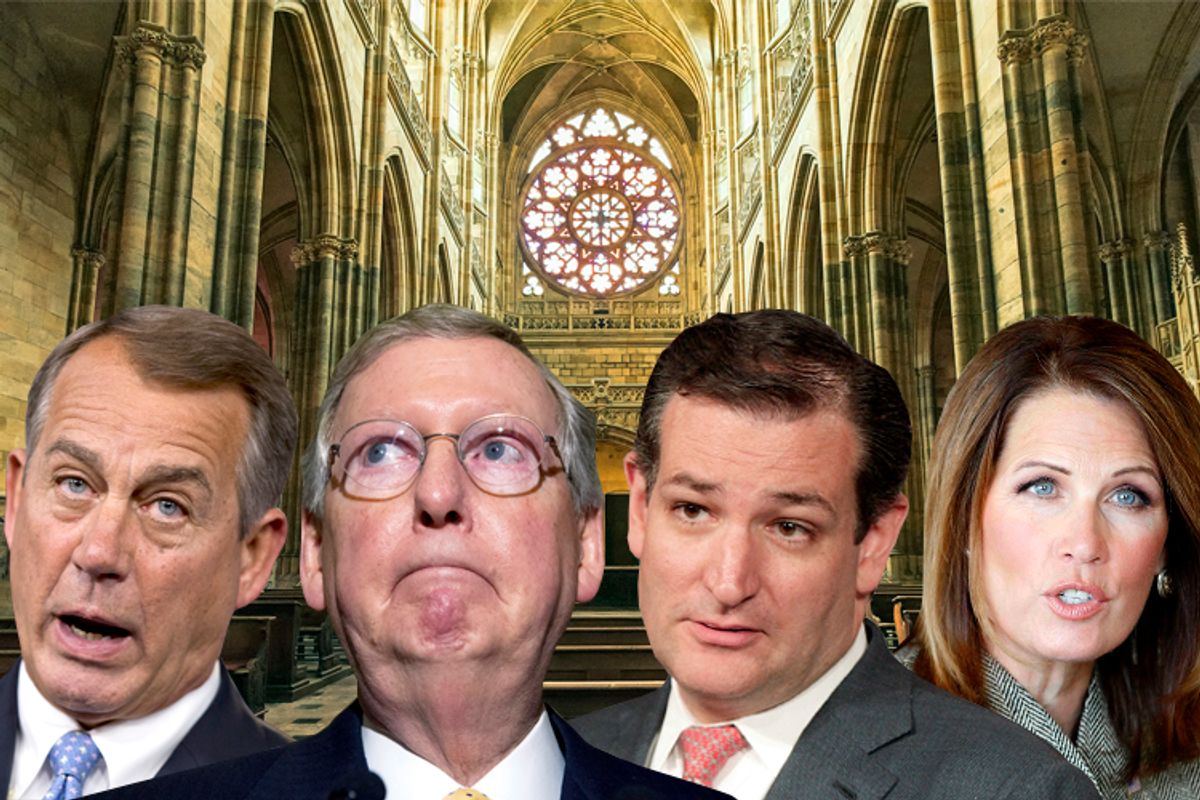 We atheists like to chastise the religious for their child-like belief in an imaginary friend, but, equally, the time has come for the atheist movement to grow up.

It’s understood that the so-called new atheist movement began at the start of the new millennium with the mainstream emergence of luminaries Sam Harris, Richard Dawkins, Christopher Hitchens and others. For much of the first decade of the new century, the atheist movement behaved like a curious child in search of meaning to its own existence. Now that the child is a teenager on its way to adulthood, it needs to start acting like a grown up.

The atheist movement comprises more than 2,000 groups and organizations in the U.S. today, but the movement, in composition and purpose, has failed to establish a coherent cause outside of validating non-belief and offering platitudes towards protecting the separation of church and state. Another thing one notices with the atheist movement is the fact it is predominantly upwardly middle-class, white and male. Sikivu Hutchinson writes, in her essay "Prayer Warriors and Freethinkers": "If mainstream freethought and humanism continue to reflect the narrow cultural interests of white elites who have disposable income to go to conferences then the secular movement is destined to remain marginal and insular."

The movement has an image problem. An image that isn’t helped by the ceaseless and over-simplified fear-mongering over Islamic terrorism from the likes of Sam Harris and Richard Dawkins — rhetoric that not only ignores our long history of foreign policy blunders in the Middle East, but also echoes the neo-conservatives, the Israel lobby and the entire right-wing echo chamber. Nathan Lean, author of "The Islamophobia Industry: How the Right Manufactures Fear of Muslims," writes, “The New Atheists became the new Islamophobes, their invectives against Muslims resembling the rowdy, uneducated ramblings of backwoods racists rather than appraisals based on intellect, rationality and reason.”

It’s time for the movement to address bigger and real issues, and the biggest issue of our time is income inequality. Of all the developed nations, the U.S. has the most unequal distribution of income. In the past decade, 95 percent of all economic gains have gone to the top 1 percent. A mere 400 individuals own one-half of the entire nation’s wealth. Meanwhile, median household income keeps falling, and our poverty levels resemble that of the Great Depression era. In other words, the rich are getting richer, the poor are getting poorer and the middle class is being decimated.

Atheists like to talk about building a better world, one that is absent of religiosity in the public square, but where are the atheist groups on helping tackle the single biggest tear in the fabric of our society — wealth disparity? They are nowhere. Its absence on the most pressing moral issue of our time makes it difficult for the movement to establish meaningful partnerships with other moral communities.

To remain white, middle class, intellectually smug and mostly apolitical will not only serve to alienate atheism from minorities and the poor, but will also ensure it remains a politically impotent movement that is incapable of building a better America. Growing up means less time and money spent on self-righteous billboard campaigns, and, instead, more resources allocated to fighting the political conditions that have caused this nation’s middle class and infrastructure to resemble that of a hyper-religious Third World nation.

Christopher Hitchens wrote that the intellectual advantage of atheism is its ability to reject unprovable assertions on face value. It’s why we don’t believe in the supernatural. Equally, it’s why we shouldn’t believe in a myth that is causing greater harm than creationism — the myth of trickle-down economics, which remains the economic blueprint for today’s Republican Party, despite the world’s leading economists lampooning it as an abject failure.

In the four decades that followed FDR’s New Deal, our middle class became the envy of the world. In an op-ed titled “Abject Failure of Reaganomics,” Robert Parry writes, “It was the federal government that essentially created the Great American Middle Class — from the New Deal policies of the 1930s through other reforms of the 1940s, 1950s and 1960s, from Social Security to Wall Street regulation to labor rights to the GI Bill to the Interstate Highway System to the space program’s technological advances to Medicare and Medicaid to the minimum wage to civil rights.” But then came the period of Reagan’s holy trinity — privatization, deregulation, and free trade. Now here we are today — facing the largest economic crisis since the 1930s.

Atheists are secularists, and a secularist cannot be a member of today’s Republican Party. You’re either one or the other. You cannot be both. Now, I am acutely aware that a great number of atheists identify with the libertarian wing of the Republican Party, but this is comical. A lack of evidence is why atheists don’t believe in God. But to believe in libertarianism is in itself an act of faith, because libertarianism has not only never been tried anywhere, but an overwhelming number of economists reject the philosophy as little more than “capitalism with the gloves off” — a condition that would only exacerbate the winner-takes-all society we have today.

If an atheist is looking for political evidence, the evidence we have is that not only is today’s Republican Party a theocratic sponsor, it’s also a party that has been proven wrong on just about everything in the past three decades or more: from evolution to climate change, trickle-down economics, that the Iraqis would greet us as liberators, that the Bush tax cuts would lead to jobs. It didn’t. It added $3 trillion to the debt. They were wrong that the stimulus would trigger inflation, that austerity stimulates an economy and that universal healthcare is worse than slavery.

It’s time for the atheist movement to get off the political sidelines. It’s time to truly help this country become a better place to live for all its citizens. The recent Values Voter Summit demonstrated that the likely 2016 GOP frontrunners and its base wish to transform America’s secular state into a tyrannical theocracy — a nirvana absent gays, liberals, immigrants, Muslims and science books. If the atheist movement doesn’t evolve into a politically agitated, unified and mobilized Secular Left, then the Christian Right might just get its way.

In fighting for truly meaningful social justice, such as income equality and the rights of minorities, the movement can form partnerships with communities that share common causes. For instance, building a bridge with certain religious communities that are equally concerned with fighting against class inequality and social injustice. This would broaden the appeal of the atheism movement, and might just get people to like us a little more.

Walter Bristol, an atheist interfaith activist, wrote, “Economic inequality is one of the most imminent issues facing Western society today. Any progressive movement that chooses to dismiss it is and will be rightfully dismissed themselves.”

Atheists are the fastest growing minority in the country. We now have the critical mass to shape elections and policy. Either we seize our potential political power, thus acting like the grown up in the room, or we can continue to focus on the ‘pettier’ or issues, thus continuing to act like a petulant child.