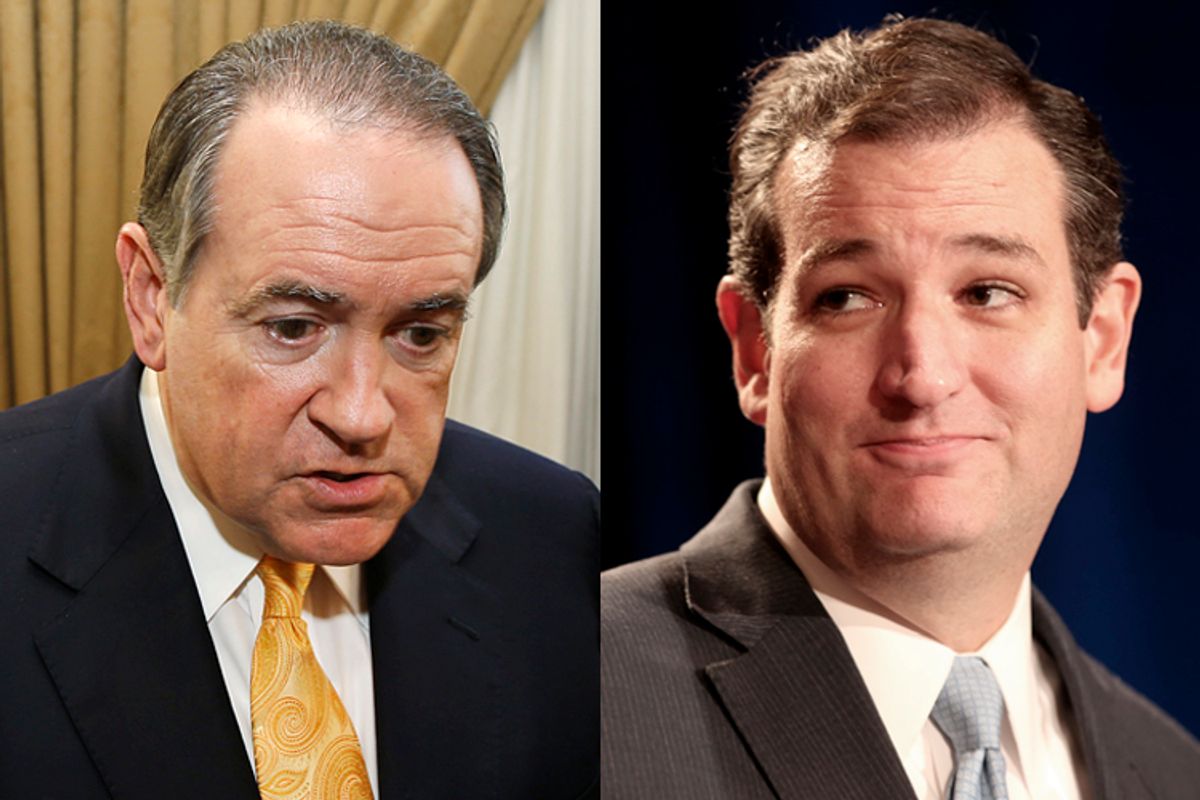 Remember when Evangelicals were the staple of the Republican coalition? Turn them out and you could win any national election. Well, they are fast becoming the fringe of the GOP, based on recently released research from focus groups conducted by Stan Greenberg, James Carville and Erica Seifert for Democracy Corps.

The GOP is now roughly split into three factions: one-third Evangelical, one-quarter Tea Party and one-quarter moderates. These focus groups, which were purposely assembled homogeneously to encourage participation, were chosen because they comprise the base of the Republican Party.

True, the Tea Party has its own goals and it’s wreaking havoc on the Republican Party and the nation. But what’s striking about the insights gleaned from the groups is that both moderate and Tea Party Republicans view the Evangelical agenda as a total distraction.

Evangelicals are apparently beside themselves over losing the culture wars. According to the memo, they “believe their towns, communities and schools are suffering from a deep ‘culture rot’ that has invaded from the outside.” Their main focus is homosexuality, but they’re also concerned about the decline of small homogenous towns.

Another Roanoke Tea Partier agreed: “I think it’s not important.”

A Tea Party man from Raleigh who said he didn’t support same-sex marriage also said it wasn’t the job of the government to intervene.

“I personally don’t agree with gay marriage, but I don’t think the government should say who can get married and who can’t. It’s not their business,” he said.

“I can’t sell my kids on this party. I agree with …  some of their positions. But the stupid things …  for instance, the rape crap they were saying … I can’t sell them on my party,” said a Colorado man.

“I just tend to be a little bit more moderate on social issues. However I’m a pretty staunch fiscal conservative,” said a Raleigh woman, “so it’s kind of like, at least among my peers, there’s a change in kind of the conservative group. But it doesn’t necessarily seem like the Republican Party is changing with it.”

More importantly, Tea Partiers see the social issues as a distraction — meaning Republicans who are spewing anti-gay, anti-abortion rhetoric aren’t likely to endear themselves to the most vocal faction of the GOP.

“The government, the media, the news media, you know. Of course – it’s gay rights, it’s abortion,” said a Tea Partier from Roanoke. “What we need to be focused on is the financial situation.”

Another Roanoke woman observed, “I think the Republicans have lost so many people to the Democratic Party because of social issues … if we could eliminate that from the conversation I think we’d have an entirely different electorate.”

Also revelatory was that many of the moderates were “surprised” that other people in their group weren’t staunchly conservative on social issues. In other words, it’s almost as if they had been biting their tongues on the Evangelical agenda because they didn’t realize that others shared their more moderate views.

“I was surprised that the group was more moderate on social issues, like I am,” wrote one moderate on a post card distributed following the discussion. “It seems that this group focused on the fiscal aspect of Republicanism as the main component.”

One place on which all these groups found common ground was in their disdain for President Barack Obama and his “socialist,” “big government” policies. But outside of that confluence, the group dynamics are fascinating. Evangelicals like the Tea Party because they “stand up” to Democrats, but the Tea Party isn’t even remotely interested in social issues, while moderates despise the Tea Party and are “largely open to progressive social policies, including on gay marriage and immigration.”

So where does that leave the GOP? At war, which isn’t news. But the memo notes that in Republican-held districts, Evangelicals currently make up about 30 percent of the electorate while non-Evangelical Tea Partiers account for 23 percent of it. And while moderates “are not required” to keep these Republican-held districts in GOP hands, Carville, Greenberg, and Seifert conclude that “these fractures do matter” in the most vulnerable GOP districts.