Me, the overly sensitive child

My family thought I was nuts for being so openhearted. But compassion is wildly rewarding, if you learn to survive 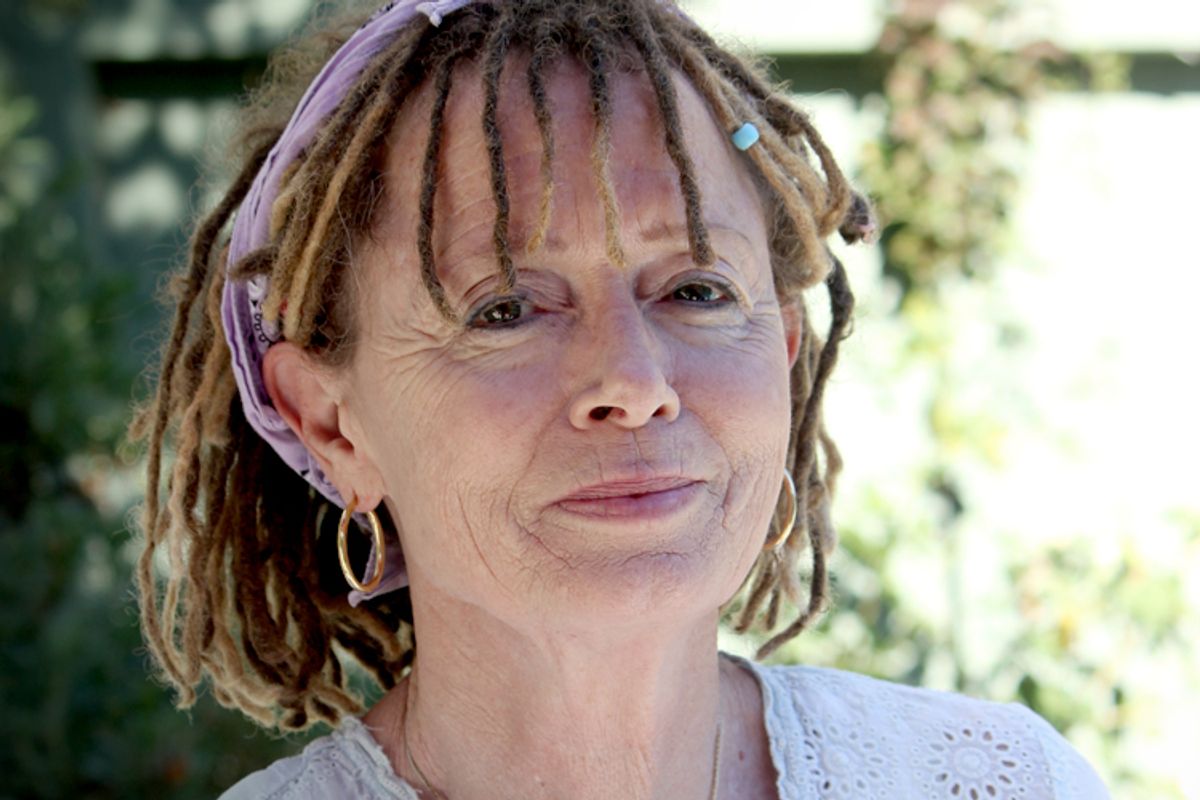 The following is excerpted and adapted from "Stitches: A Handbook on Meaning, Hope and Repair"

If you were raised in the 1950s or 1960s, and grasped how scary the world could be, in Birmingham, Vietnam and the house on the corner where the daddy drank, you were diagnosed as being the overly sensitive child. There were entire books written on the subject of the overly sensitive child. What the term meant was that you noticed how unhappy or crazy your parents were. Also, you worried about global starvation, animals at the pound who didn’t get adopted, and smog. What a nut. You looked into things too deeply, and you noticed things that not many others could see, and this exasperated your parents and teachers. They said, “You need to have thicker skin!” That would have been excellent, but you couldn’t go buy thicker skin at the five-and-dime.

Any healthy half-awake person is occasionally going to be pierced with a sense of the unfairness and the catastrophe of life for ninety-five percent of the people on this earth. However, if you reacted, or cried, or raised the subject at all, you were being a worrywart.

As far as I can recall, none of the adults in my life ever once remembered to say, “Some people have a thick skin and you don’t. Your heart is really open and that is going to cause pain, but that is an appropriate response to this world. The cost is high, but the blessing of being compassionate is beyond your wildest dreams. However, you’re not going to feel that a lot in seventh grade. Just hang on.”

I was raised in a family where none of us ever raised a voice, so there was no room to express feelings of rage or even unabashed joy—a little bashed joy, here or there, or being mildly disgruntled. We children were little Marcel Marceaus, tiptoeing about in our invisible boxes. No one ever yelled in a bad marriage that lasted 27 years. My parents went cold and remote. They spoke in clipped phrases of erudite contempt for each other.

People used to come to our house and drink, so our home became a kind of Advent calendar, where you’d open a door and there’d be people passed out or the wrong people kissing each other. If we said anything to my parents, they’d say, “Oh, honey, for Christ’s sake, we’d all just been drinking”—as if it were an acceptable explanation, like “Oh, honey, we’d all just been putting thorns in our noses.”

I grew up thinking that what I witnessed was probably not true, and not all that big a deal— people had just been drinking, for Pete’s sake. If it made me feel worried, well—such was the nature of the overly sensitive child.

But then a miracle occurred. The women’s movement burst forth when I was fifteen. That was when I began to believe that life might semi-work out after all. The cavalry had arrived. Women were starting to say that you got to tell the truth now, that you had to tell the truth if you were going to heal and have an authentic life. They told us that people like me—i.e., girls—had all been made to feel crazy, neurotic and hypersensitive; they were mad, too, and finally getting mad was going to help save us, because it allowed our truth to escape from jail.

That was great, but I had to learn new skills. One was to no longer pretend not to see what was going on. If a man in my life was behaving badly on some moral level, I made a commitment to myself that I was going to see that, instead of helping him feel better about his horrible behavior.

The second radical choice I made was to notice and then express the fact that I was filled with rage and grief. Who knew? This was very disloyal to my family, for me to no longer play along with the family plan, but all the ways of pretending that I’d been taught were crippling, life-threatening. Until I began to deal with my anger and sadness, there had been an invisible Gardol shield between me and life, wild true beautiful hard crazy life. I started to tear the shield down.

I was good at being good at things. I was good at forward thrust, at moving up ladders. You’ve never heard of forward thrust? It is the most central principle of American life, the necessity to improve your lot and status at any cost, and to stay one step ahead of the abyss that may open suddenly at your heels. Unfortunately, forward thrust turns out not to be helpful in the search for your true place on earth.

But crashing and burning can help a lot. So, too, can just plain running out of gas.

I quit my last real job, as a writer at a magazine, when I was twenty-one. That was the moment when I lost my place of prestige on the fast track, and slowly, millimeter by millimeter, I started to get found, to discover who I had been born to be, instead of the impossibly small package, all tied up tightly in myself, that I had agreed to be.

That was when I began to learn how to do all the things I had been taught not to do. I learned over the years to accept more and more of myself. The doctor and theologian Gerald May said self- acceptance is freedom. I learned to waste a lot more time, which is the opposite of the fourth thing you’re told after you’re born: Don’t waste time. (It comes right after Go clean your room.) The fifth rule is Don’t waste paper, but in order to become who I was meant to be, I learned I had to waste more paper, to practice messes, false starts and blunders: these are necessary stops on the route of creativity and emotional growth. To make up for all my papery mistakes, I sent money to the Sierra Club. I had to accept that contrary to my parents’ terror of looking bad, almost everybody worth his or her salt was a mess and had been an overly sensitive child. Almost everyone had at one time or another been exposed to the world as being flawed, and human. And that it was good, for the development of character and empathy, for the growth of the spirit. Periods in the wilderness or desert were not lost time. You might find life, wildflowers, fossils, sources of water.

I wish there were shortcuts to wisdom and self-knowledge: cuter abysses or three-day spa wilderness experiences. Sadly, it doesn’t work that way.

I so resent this.

The American way is to not need help, but to help. One of the hardest lessons I had to learn was that I was going to need a lot of help, and for a long time. (Even this morning.) What saved me was that I found gentle, loyal and hilarious companions, which is at the heart of meaning: maybe we don’t find a lot of answers to life’s tougher questions, but if we find a few true friends, that’s even better. They help you see who you truly are, which is not always the loveliest possible version of yourself, but then comes the greatest miracle of all—they still love you. They keep you company as perhaps you become less of a whiny baby, if you accept their help. And that is so much easier said than done.

I also learned that you didn’t come onto this earth as a perfectionist or control freak. You weren’t born a person of cringe and contraction. You were born as energy, as life, made of the same stuff as stars, blossoms, breezes. You learned contraction to survive, but that was then. You have paid through the nose—paid but good. It is now your turn to reap.

Copyright © 2013 by Anne Lamott. From the forthcoming book "Stitches: A Handbook on Meaning, Hope and Repair," to be published by Riverhead. Printed by permission.