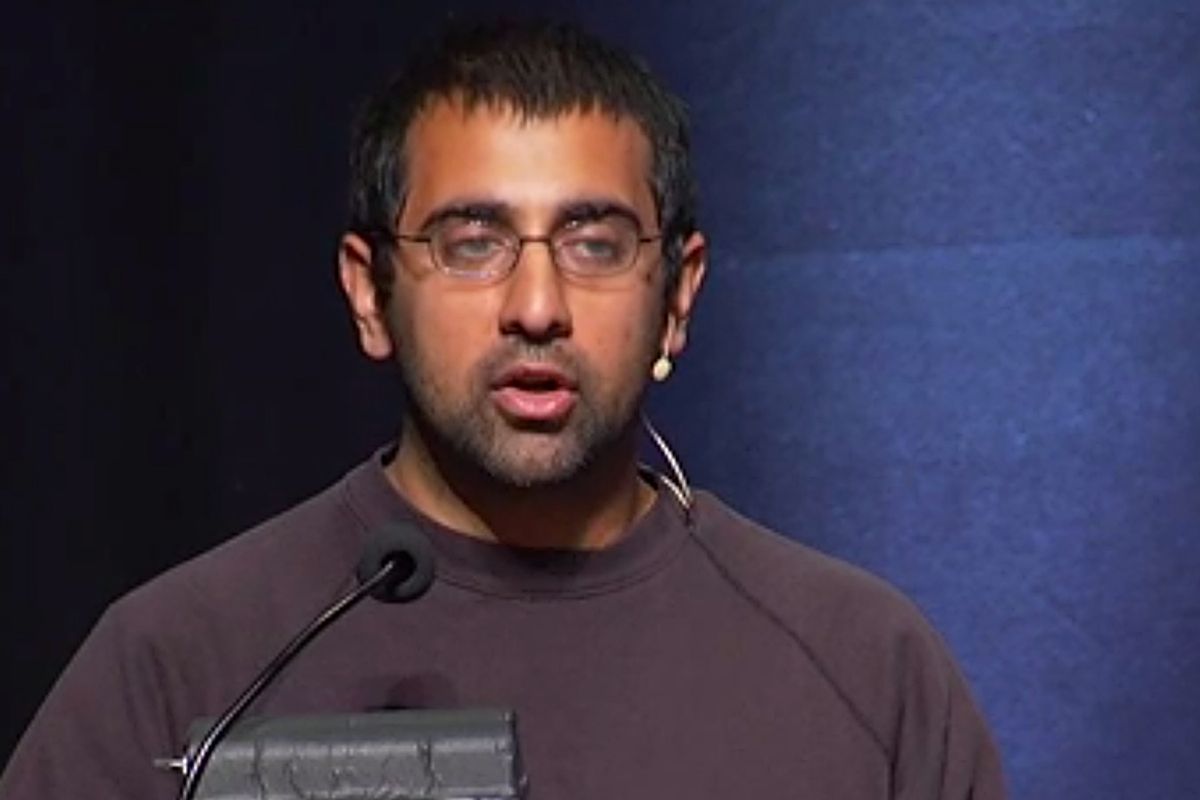 When Silicon Valley executives start borrowing metaphors from "The Godfather" maybe we should start to pay closer attention. On Oct. 19, while laying out his vision for the techno-utopian future, Balaji Srinivasan, the co-founder of a genomics company that does DNA testing, compared Silicon Valley's impact on the established power centers and industries of the United States to that infamous scene in which the Mafia convinces an L.A. studio boss to give a coveted movie role to a friend of la famiglia.

"By accident, we put a horse head in their bed," said Srinivasan, with a slight smile.

Think about that, for a second. Srinivasan, in the course of explaining why he thinks the technological elite could and should opt out of American politics, cited the murder of a horse by ruthless mobsters as a definition of Silicon Valley disruption. It's hard to read that message as anything else but, do what we say, or else.

Srinivasan didn't stop there. Silicon Valley's "hit list," he argued, had already knocked off newspapers and the music industry. Next up: "We're going after advertising, television, book publishing." Higher education "is next in the gunsights." That's three lethal metaphors, brought to you by a man arguing that Silicon Valley should secede from the United States.

You will not find a better distillation of Valley arrogance than in Srinivasan's speech. New York? D.C.? Boston? L.A. "We are becoming stronger than all of them combined," boasted Srinivasan.

Word of Srinivasan's speech started circulating as soon he delivered it at Y Combinator's Startup School conference, but it wasn't until the full video of the 16-minute address, "Silicon Valley's Ultimate Exit," was released last week that a flurry of consternation broke out among Silicon Valley watchers.

In part, that's because Srinivasan is not easy to dismiss. His call for technologists to take advantage of new tools like 3-D printing and Bitcoin and telepresence and drones to completely escape the oppressive, dysfunctional hand of the state was delivered as calmly and remorselessly as the working out of a computer algorithm. His unfavorable comparison of the United States to Microsoft drew laughs and at the end of his speech, the audience of 1,700 cheered lustily. This is how Silicon Valley sees itself now -- not just as the delivery vehicle of innovation, but as the avant-garde of a new society unburdened by broken government.

Virtual secession, argues Srinivasan, is just natural evolution. Once upon a time, people seeking better lives left their broken states to immigrate to the U.S. Now, it is time for their descendants to emigrate further, except this time they don't need to go anywhere physically, except into the cloud.

"Exit," according to Srinivasan, "means giving people tools to reduce the influence of bad policies over their lives without getting involved in politics ... It basically means build an opt-in society, run by technology, outside the U.S."

And this time around, no need to fear that a latter-day Lincoln will mobilize troops to defend the integrity of the United States, because "it is not clear the U.S. government can ban something that it wants to ban anymore."

Although, warned Srinivasan, Silicon Valley does need to watch its step. Because "they have aircraft carriers."

I think Srinivasan may be underestimating the power of the state to regulate behavior that contravenes the interests of whatever the political process decides is the greater good. But there's no question that there is a lot of disruption going on. Society is being remade. And the manifest brokenness of politics as usual certainly creates an opening for other approaches.

Silicon Valley has a right to be proud of its amazing achievements. But I think a lot of the movers and the shakers in the Valley don't quite get how that pride is gradually fueling an unseemly arrogance that comes off quite badly to those in the world who aren't lucky enough to directly partake in the wealth being generated by the Valley.

I know it's easy to forget, but the Mafia, lovable as Francis Ford Coppola made them, were, ultimately, bad guys. Decapitating horses is bad behavior. And boasting about hit lists and gunsights? Jesus, people, if you're looking for an outright class war, this is how you go about ensuring it.