Would a bike path make the Keystone pipeline less terrible?

“Seriously, this can’t be for real," say environmentalists 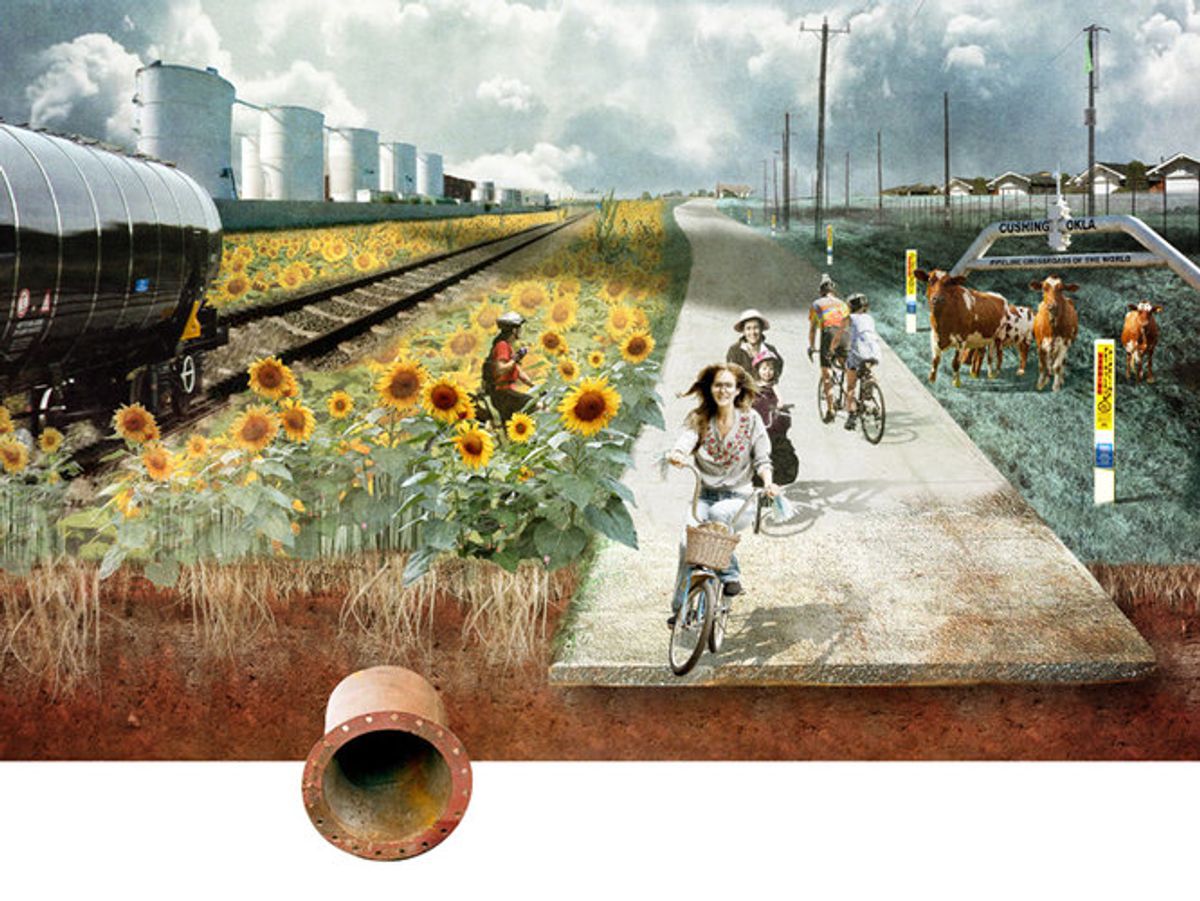 No one seems to be sure whether we should be taking SWA group and its proposed plans to build a bike path along the 1,300-mile Keystone XL pipeline seriously. The Houston-based architectural firm itself admitted that its illustrations, of guileless bikers cavorting past fields of sunflowers, environmental protestors and Native American teepees, are "somewhat tongue-in-cheek." But just to be safe, Bloomberg asked TransCanada what they thought.

A spokesman for the corporation said they'd be unlikely to support it. And a lobbyist with the League of Conservation Voters was even enthusiastic, writing in email: “This seems like it should be in The Onion or something...Seriously, this can’t be for real.” Added the executive director of the anti-pipeline group Bold Nebraska, "The person who developed this is so out of touch with reality.”

But if what many consider to be the worst happens and the pipeline becomes a reality, SWA insists, turning it into a recreation spot would at the very least "make it better for the population." In other words, it could do for the hugely controversial pipeline what the High Line park did for New York's abandoned elevated rail. In another sign that they're putting serious thought into this, SWA estimates the total costs for making the lane a reality at about $400 million.