Dem congressman to GOPer at Obamacare hearing: "Are you really serious!?"

Rep. Bill Pascrell absolutely loses it during a House hearing on Obamacare 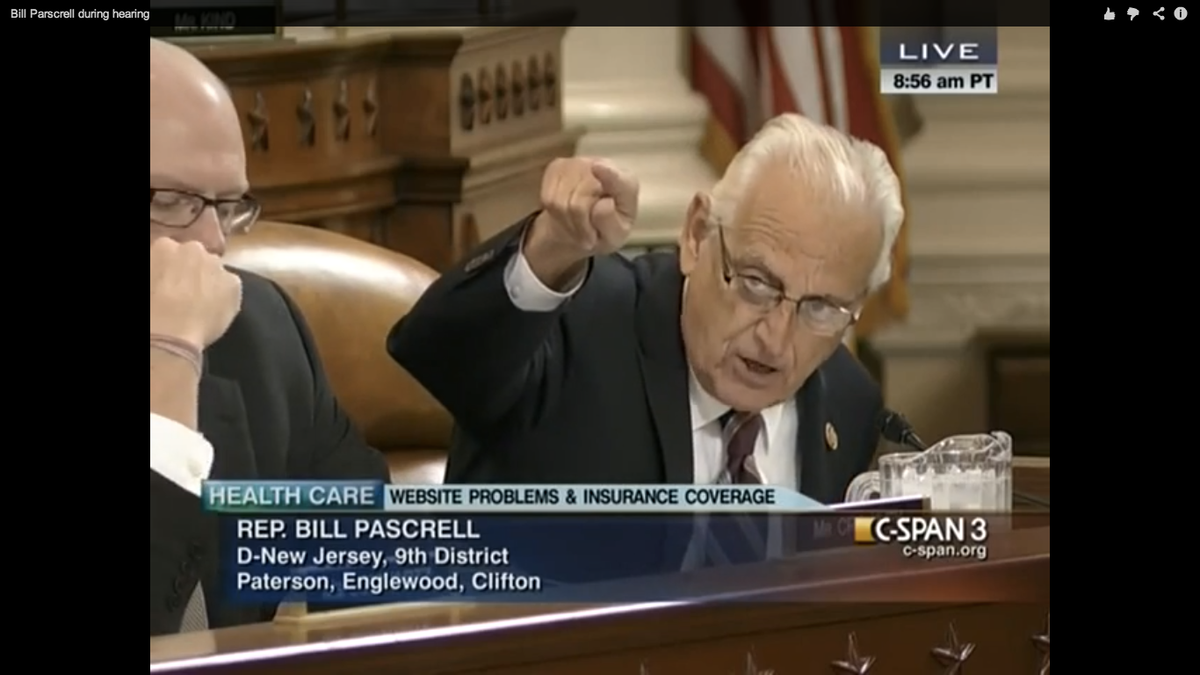 While today's Obamacare hearing may not have shed much light on the workings of the law, it did teach us this much: New Jersey Rep. Bill Pascrell likes to stand up when he yells at Republicans.

And during Tuesday's hearing on Obamacare, that's just what he did. First Pascrell pointed his finger at Republicans for their unwillingness to cooperate with the implementation of Obamacare, contrasting the GOP's behavior over the past three years with that of the Democratic Party in the years following the passage of George W. Bush's Medicare Part D.

"What did we do [after Medicare Part D passed]? We went back to our districts, and we told our seniors that although we voted no, we personally believe, and will work with the Bush administration, to make it work. That's what we did!"

Pascrell then stood up and yelled at the Republican members of Congress attending the hearing, "And how many of you stood up to do that? None! Zero! Zero!"

Later in Pascrell's harangue, the New Jersy congressman asked Republicans what they would say to those with preexisting conditions in the event that Obamacare was repealed. "What are you going to do about the approximately 17 million children with preexisting conditions who can no longer be denied health insurance coverage?” Pascrell said. "We want to go back and want to say you are no longer covered any longer — are you going to tell the parents of those kids?"

When Republican Tim Griffin tried to respond by pointing to Republican alternatives to Obamacare, however, Pascrell really lost it. "Are you serious, what you just said!?" he yelled. "Are you really serious!? After what we’ve gone through and what we’ve gone through in the last three and a half years? Have you — you can sit there and say, that you had a legitimate alternative after these years? We’ve gone through 44 votes, 48 votes now, of you trying to dismantle the legislation. You call that cooperation? I don’t!"