A new study has the media crowing about "cattiness" -- but are women really any meaner than men? 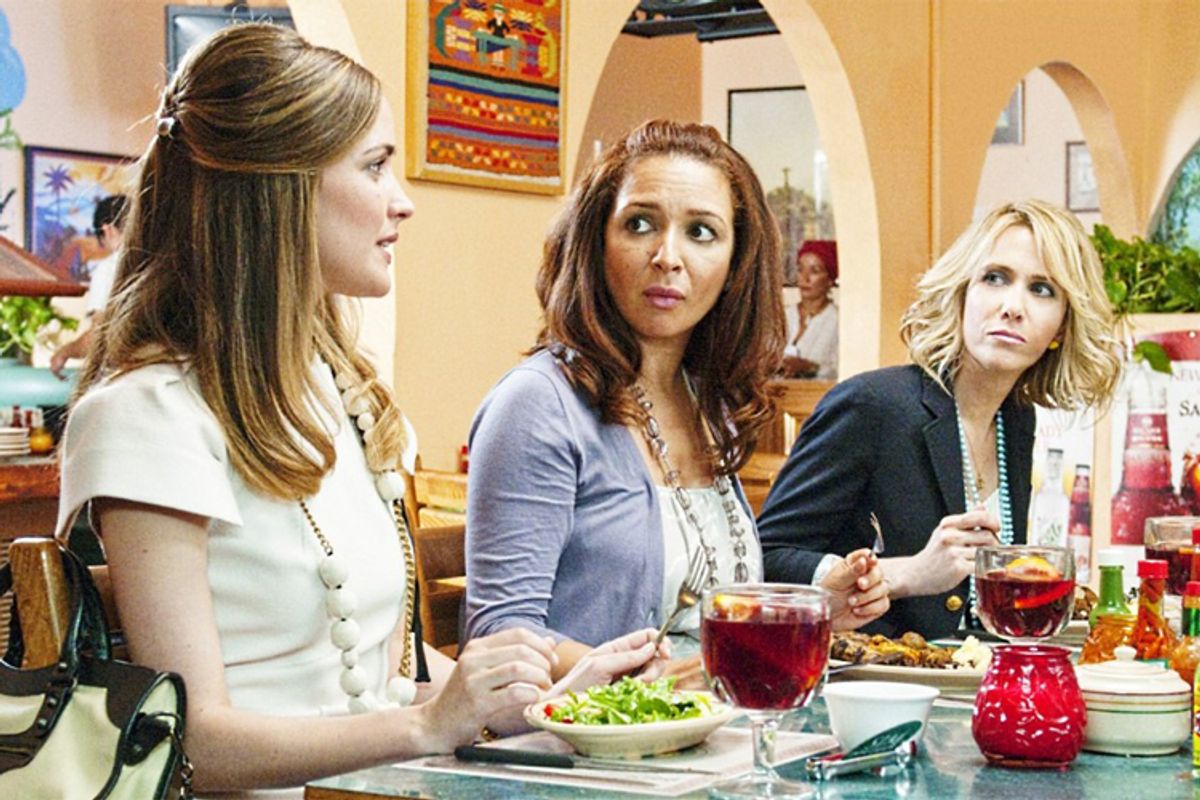 Hey, world, you want to know why women are so undermining and bitchy with each other? Because science, that's why.

It's not exactly earth-shattering news that human female aggression frequently takes a different form from male aggression. But a new study published Monday from the U.K.'s Royal Society on the "evolutionary significance of female competition" purports to shed further light on the perception that tension between women more often takes the form of a soap opera than a Jason Statham movie. Study authors Paula Stockley and Anne Campbell report that "although female aggression takes diverse forms, under most circumstances relatively low-risk competitive strategies" and "indirect aggression" take preference over overt displays.

That females have evolved to compete for resources and mates isn't surprising. As the Independent noted Tuesday, what makes the study unique is that most studies on evolutionary dominance strategies have focused on males, with "extensive research on how more expendable men developed larger body size, use of weaponry and ritualized displays of aggression." Simply put, male competitive behavior, as anyone who's ever encountered the Wall of Axe knows, is easier to spot. Perhaps that's why female behavior, in contrast, has rarely been examined. But the paper's authors say that "despite a history of being largely overlooked, evidence is now accumulating for the widespread evolutionary significance of female competition." And they add that "most probably due to constraints of offspring production and care," women are more likely to resort to employing "coalitions or alliances" (or what was known in middle school as "ganging up on each other") and deploying a "flexibility in expression of competitive traits."

Whether the ways in which men and women duke it out for social dominance are purely a result of evolution or deeply ingrained social conditioning is a question that demands further exploration. The authors note that though females tend more to "avoid direct confrontation … girls who fail to adjust their behavior in response to covert 'requests' can be subtly threatened with friendship withdrawal and social exclusion." In other words, women who pick up on their frenemies' backhanded tactics have a better shot of survival within the tribe. And that's a skill that many women have to learn, through years of trial and error and crying in their diaries.

Perhaps what's most interesting about the study isn't the content of itself, but the way it's been reported. The news of the Royal Society report quickly spread through the media Tuesday as the breaking news that, as MSN somewhat triumphantly put it, "women evolved the tendency to be mean to each other." The Independent similarly called the news a story of "Mean Girls," while LiveScience pondered whether "Women Evolved to Be Catty?" That's a rather pat way of dressing up the idea that females are inherently backstabbers and peddling it as scientifically documented fact. Yet the study's coauthor Anne Campbell said that "There is virtually no sex difference in indirect aggression" and that "men use this too." So why is it then that basic adaptive human behavior has for so long been described as straight-up dominance in men, but when talking about women, it's just called being mean? Gosh, what a clever, subtle form of indirect aggression.