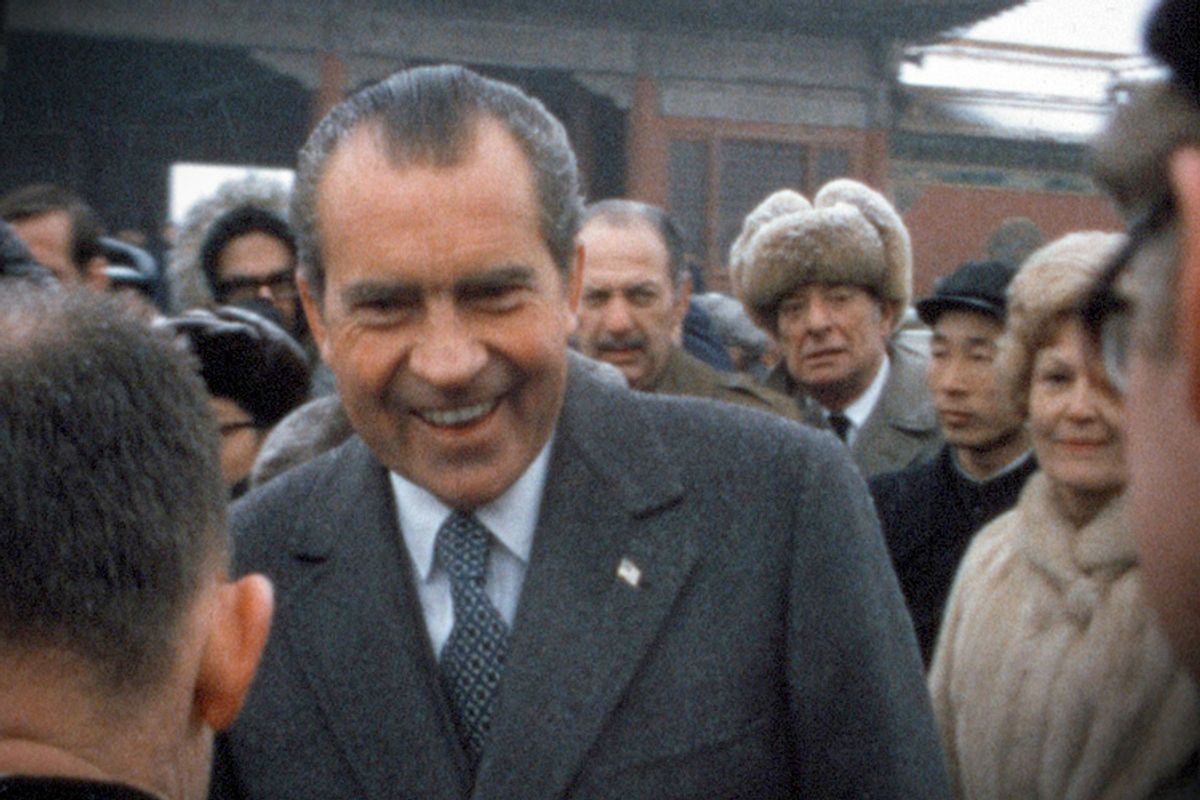 House Majority Leader Eric Cantor says Republicans will seek to delay a requirement of the 2010 Affordable Care Act that all Americans obtain health insurance or face a tax penalty. ”With so many unanswered questions and the problems arising around this rollout, it doesn’t make any sense to impose this one percent mandate tax on the American people.”

While Republicans plot new ways to sabotage the Affordable Care Act, it’s easy to forget that for years they’ve been arguing that any comprehensive health insurance system be designed exactly like the one that officially began October 1st, glitches and all.

For as many years Democrats tried to graft healthcare onto Social Security and Medicare, and pay for it through the payroll tax. But Republicans countered that any system must be based on private insurance and paid for with a combination of subsidies for low-income purchasers and a requirement that the younger and healthier sign up.

Not surprisingly, private health insurers cheered on the Republicans while doing whatever they could to block Democrats from creating a public insurance system.

In February 1974, Republican President Richard Nixon proposed, in essence, today’s Affordable Care Act. Under Nixon’s plan all but the smallest employers would provide insurance to their workers or pay a penalty, an expanded Medicaid-type program would insure the poor, and subsidies would be provided to low-income individuals and small employers. Sound familiar?

Private insurers were delighted with the Nixon plan but Democrats preferred a system based on Social Security and Medicare, and the two sides failed to agree.

Thirty years later a Republican governor, Mitt Romney, made Nixon’s plan the law in Massachusetts. Private insurers couldn’t have been happier although many Democrats in the state had hoped for a public system.

When today’s Republicans rage against the individual mandate in the Affordable Care Act, it’s useful to recall this was their idea as well.

In 1989, Stuart M. Butler of the conservative Heritage Foundation came up with a plan that would “mandate all households to obtain adequate insurance.”

Insurance companies loved Butler’s plan so much it found its way into several bills introduced by Republican lawmakers in 1993. Among the supporters were senators Orrin Hatch, R-Utah, and Charles Grassley, R-Iowa (who now oppose the mandate under the Affordable Care Act). Newt Gingrich, who became Speaker of the House in 1995, was also a big proponent.

Romney’s heathcare plan in Massachusetts included the same mandate to purchase private insurance. “We got the idea of an individual mandate from [Newt Gingrich], and [Newt] got it from the Heritage Foundation,” said Romney, who thought the mandate “essential for bringing the health care costs down for everyone and getting everyone the health insurance they need.”

Now that the essential Republican plan for healthcare is being implemented nationally, health insurance companies are jubilant.

So why are today’s Republicans so upset with an Act they designed and their patrons adore? Because it’s the signature achievement of the Obama administration.

There’s a deep irony to all this. Had Democrats stuck to the original Democratic vision and built comprehensive health insurance on Social Security and Medicare, it would have been cheaper, simpler, and more widely accepted by the public. And Republicans would be hollering anyway.