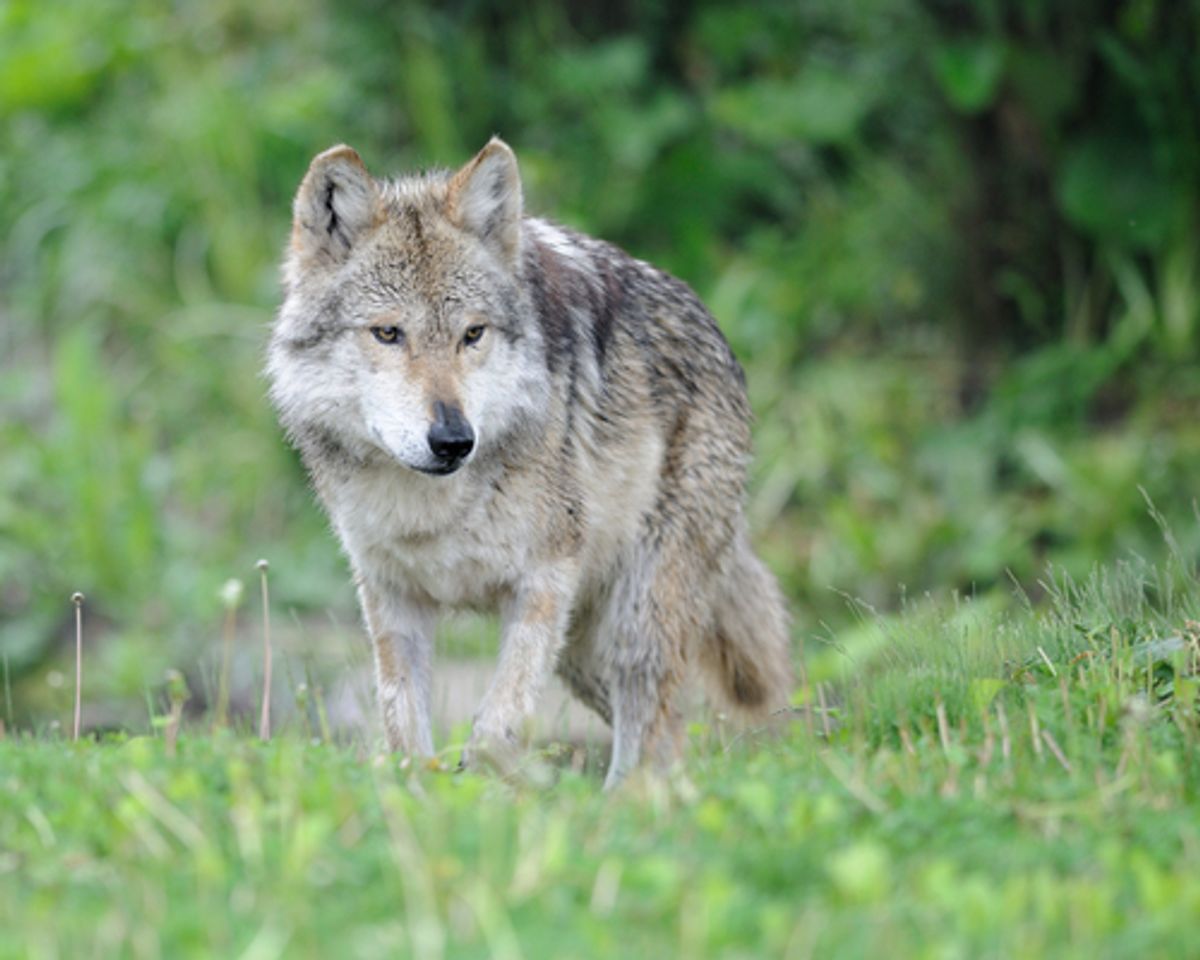 It's a powerful image: children in New Mexico and Arizona huddled in wooden and mesh cages as they wait for the morning school bus to arrive, hoping their makeshift shelter will be enough to protect them from the grey wolves that were reintroduced into the region in 1995 -- and that may soon become illegal to hunt or kill.

"The absurdity of this scenario is mind-numbing," wrote Dave Spady, the California director of Americans for Prosperity, for Townhall.com. "What kind of society accepts the idea of children in cages while wolves are free to roam where they choose?"

But experts say the so-called kid cages aren't going to protect anyone from wolf attacks -- not because they're not strong enough, but because wolves rarely, if ever, attack people. As defenders of the animals point out, there has never been a documented wolf attack in either state.

So why the cages? They're likely "a publicity stunt designed to stoke opposition to Mexican wolf recovery in general and to the federal government in particular," Daniel MacNulty, who's been studying wolves in Yellowstone National Park for the past 18 years, told National Geographic. In other words, they're a calculated overreaction to something that, according to MacNulty and other experts, poses a political threat -- not a physical one. It was when the U.S. Fish and Wildlife Service announced that it was seeking to extend protection for the region's 75 Mexican wolves -- a subspecies of grey wolf -- under the Endangered Species Act that conservative groups began circulating photos and videos of the cages.

The L.A. Times breaks down how the antipathy at wolves has contributed to the need for endangered species protection in the first place:

Anti-wolf campaigns here — paid for by conservative political organizations antagonistic toward the federal government — often portray the animal as a savage devil preying on children.

The antipathy has encouraged scores of illegal killings of Mexican wolves, whose population dwindled to seven before federal efforts to reintroduce them began in 1998. A young male wolf was fatally shot with an arrow a few weeks ago in the same rural Catron County that uses the kid cages.

"Is this politically driven? Absolutely," said one rancher at an Albuquerque screening of the documentary "Wolves in Government Clothing." The event, the L.A. Times notes, was sponsored by Americans for Prosperity and featured handouts of Ayn Rand literature.

Spady, who produced the documentary, was more than willing to admit that, yes, the wolf was mostly a symbol of how "the federal government is running roughshod over private property rights."

So since we're all on the same page, couldn't someone go and tell those poor kids that they don't have to stay in the cages any longer?