Sean Hayes doesn't owe us an apology for not coming out

The actor says he's sorry for not coming out sooner, but why should he be? 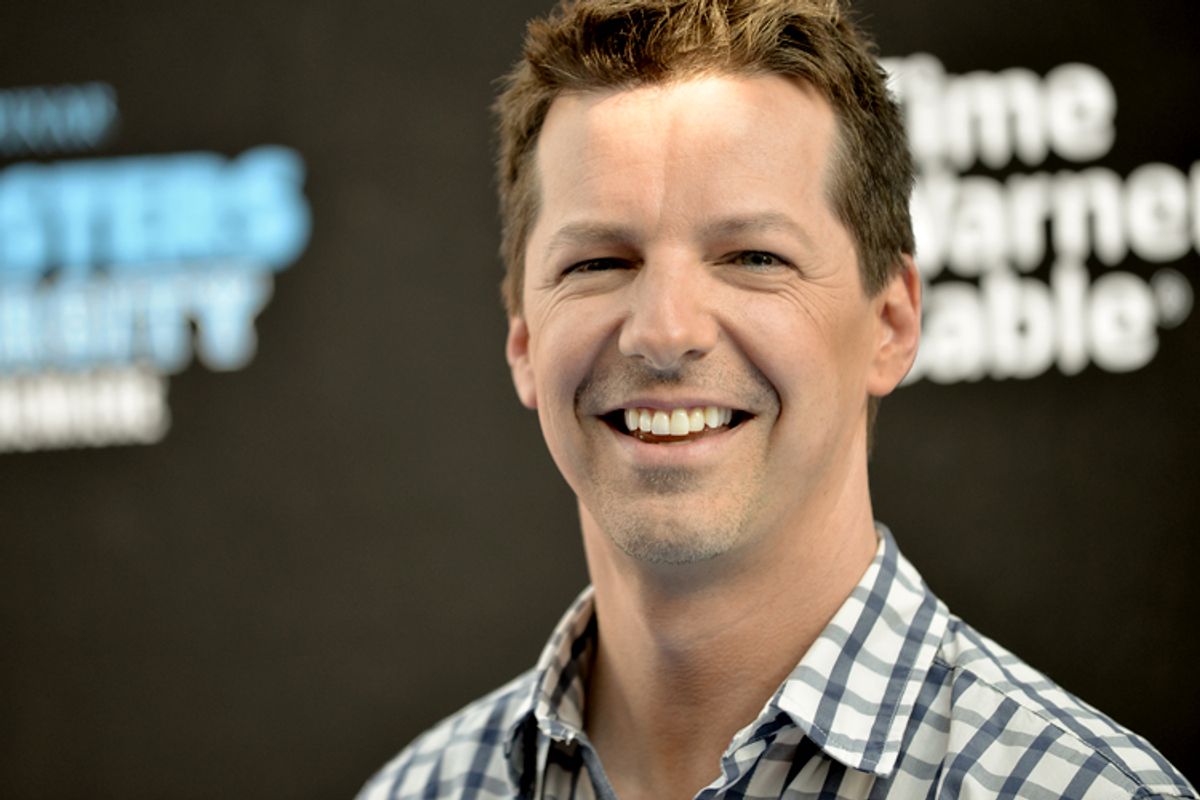 Sean Hayes would like to say he's sorry. In a recent interview with the L.A. Times, the Emmy award winner, currently starring in "Sean Saves the World," opens up about his breakthrough role on "Will and Grace" and fame he wasn't quite ready for. "I was so young," he says. "It made me go back in the closet [with the media] because I was so overwhelmed at 26 or 27. I didn't want the responsibility; I didn't know how to handle the responsibility of speaking for the gay community. I always felt like I owed them a huge apology for coming out too late."

Admittedly, from the moment his over-the-top Jack McFarland sashayed his way onto "Will and Grace," Hayes became the most poorly closeted man in America. Nevertheless, he spent years refusing to comment on his sexuality even long after the show's run ended. He only officially came out three years ago, and even then it was somewhat defensively, saying, "I believe that nobody owes anything to anybody. Nobody owes anything to anybody. You are your authentic self to whom and when you choose to be, and if you don’t know somebody, then why would you explain to them how you live your life?… What more do you want me to do? Do you want me to stand on a float? And then what? It’s never enough."

Now, however, Hayes apparently feels he does owe somebody something. But does the actor, who certainly never pretended to be straight, really need to make amends? Even now, he sounds unsure. "Some people in the gay community were very upset with me for not coming out on their terms," he tells the L.A. Times. "They don't stop to think about what's going on in somebody's personal life, and the struggles that they're having. It was all very scary. We got death threats. It was a really rough time for me, but I was also having the time of my life."

In a better world, there would be no such thing as the closet, because everybody would know that a) there's nothing shameful or concealment-worthy about being gay and b) a person's orientation is his or her own business anyway, so what's it to you? Unfortunately, this is not yet that world. This is a world in which people get death threats for starring on dopey sitcoms. And Hayes isn't the only person who's had to seriously consider the potential negative consequences of coming out, from threats of violence to career repercussions. Pretty much everybody who's ever come out has had to. When Anderson Cooper made his sexuality officially public – just last year – he mentioned his long-standing desire for privacy but he told another story as well. "I’ve often found myself in some very dangerous places," he said. "For my safety and the safety of those I work with, I try to blend in as much as possible, and prefer to stick to my job of telling other people’s stories, and not my own. I have found that sometimes the less an interview subject knows about me, the better I can safely and effectively do my job as a journalist." And Cooper knows that, sadly, being safe and being gay do not always go hand in hand.

So do a lot of other men and women. When basketball player Jason Collins became the first openly gay man in American professional team sports earlier this year, he quickly found himself the target of death threats. When Frank Ocean spoke frankly of his love affair with another man, the New York Times noted he soon became "the target of dozens of death threats and antigay comments on Twitter, mostly from men." When musician Chely Wright came out, she says her record sales "went directly in half" and that "My life has been threatened. I get nasty letters every day, 'I’m through with you Chely Wright, you’re going to hell.'" And when actress Rayven Simone came out this summer,  a bunch of her former Disney-era fans promptly declared their childhoods had been "ruined."

It's evil and it's unfair that right now, at this late date in human history, people are still being threatened and punished for simply owning up to who they are. But they are. The world is changing, but coming out is still an act that takes courage and trust. And though that is definitely a sorry situation, it's not Sean Hayes who needs to apologize for it.