Latest: The spy agency, working behind backs of tech giants, has positioned itself to intercept millions of emails 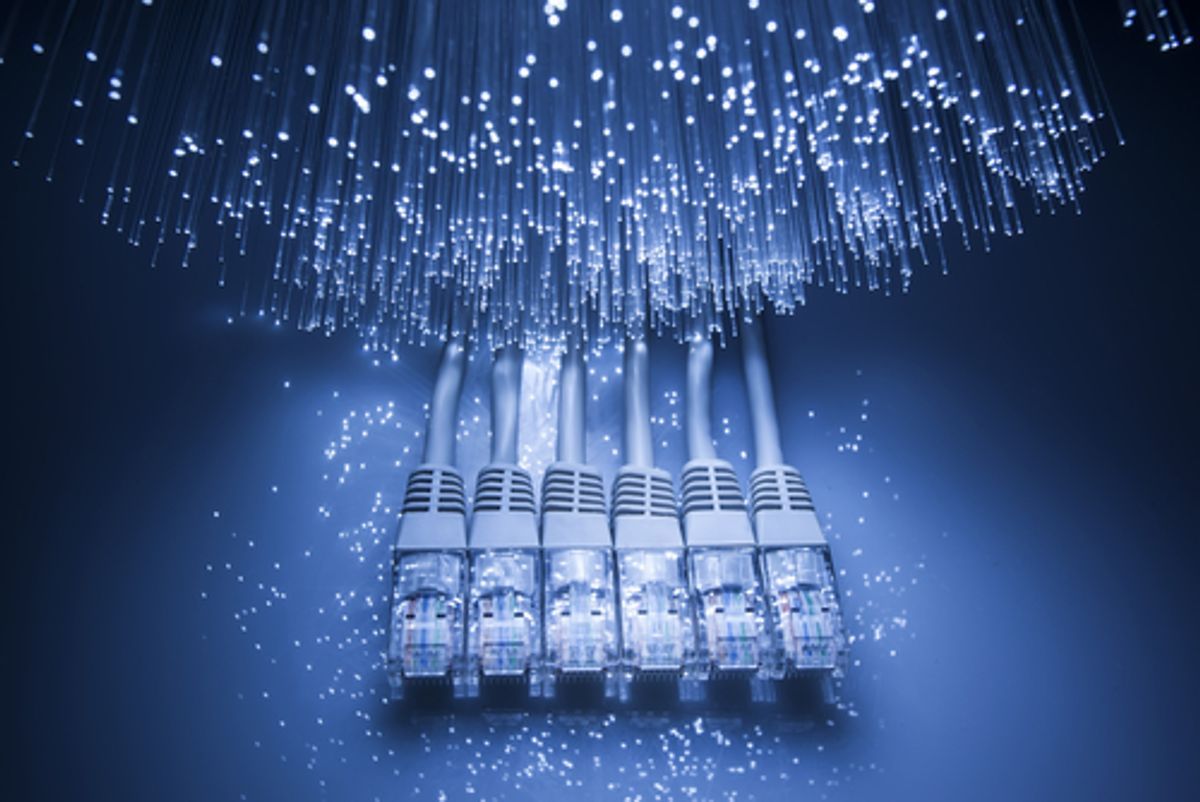 Edward Snowden's NSA leaks have not only revealed the vast reaches of the U.S. government's surveillance operations, but in so doing they have revealed an ideology at the heart of the national security surveillance state: A megalomaniacal hoarding complex that de facto treats every and any individual as a potential threat. How many times will we hear that it's about being able to "connect the dots"?

So again with the latest bombshell revelation: The NSA, the Washington Post reported Wednesday from documents leaked by Ed Snowden, has secretly intercepted the main links connecting Google and Yahoo data centers around the world. "By tapping those links, the agency has positioned itself to collect at will from among hundreds of millions of user accounts, many of them belonging to Americans. The NSA does not keep everything it collects, but it keeps a lot," the Post reported.

Google and Yahoo users attuned to privacy and surveillance issues have long known that their communications through these tech giants' systems are not inured to government spycraft. The firms admit to compliance with most government demands for user data. The Washington Post's report Wednesday, however, adds something important and new: The NSA not only relies on compliant tech behemoths handing over data, it is also working behind their backs to position itself to access user data at will and without even the veil of judicial process provided by the already shady FISC spy court. The NSA, essentially, is going in both the front door and the backdoor and helping itself to millions of users' private communications data.

In the preceding 30 days, the report said, field collectors had processed and sent back 181,280,466 new records — ranging from “metadata,” which would indicate who sent or received e-mails and when, to content such as text, audio and video.

The NSA’s principal tool to exploit the data links is a project called MUSCULAR, operated jointly with the agency’s British counterpart, GCHQ. From undisclosed interception points, the NSA and GCHQ are copying entire data flows across fiber-optic cables that carry information between the data centers of the Silicon Valley giants.

The infiltration is especially striking because the NSA, under a separate program known as PRISM, has front-door access to Google and Yahoo user accounts through a court-approved process.

This latest revelation adds to the emerging picture of the NSA as a rogue force, with scant regard even for its business partners in the surveillance nexus, like Google and Yahoo. The spy agency is using every possible framework to hoard as much data as possible -- working through FISC-approved processes as well as exploits based around the world and outside the remit of such legal restrictions on data collection.

Commenting on the news about the so-called Google Cloud Exploitation, Google expressed concern, noting it was “troubled by allegations of the government intercepting traffic between our data centers, and [the company was] not aware of this activity.”

The latest revelations also serve to highlight potential limitations of proposed legislation aimed at curbing NSA mass data collection. The (absurdly named) USA Freedom Act introduced to the House Tuesday with strong lawmaker and civil liberties groups' support, for example, seeks to restrict programs like PRISM. But Snowden's ongoing leaks show again and again that the spy agency is working through a vast variety of programs -- some even more covert than others -- to have near total access to global communications data. Keeping tabs on the agency's backdoor infiltration efforts would be a mammoth task indeed.

As John Schindler, a former NSA chief analyst and supporter, told the Post, "Look, NSA has platoons of lawyers and their entire job is figuring out how to stay within the law and maximize collection by exploiting every loophole.” Data hoarding is not just an NSA practice, it's part of a paranoid national security ideology; even the great enabler of the surveillance state, Google, didn't know how deep it ran.