Report: Overfishing is still the norm

Some fisheries are reforming their ways, but the global pictures remains grim 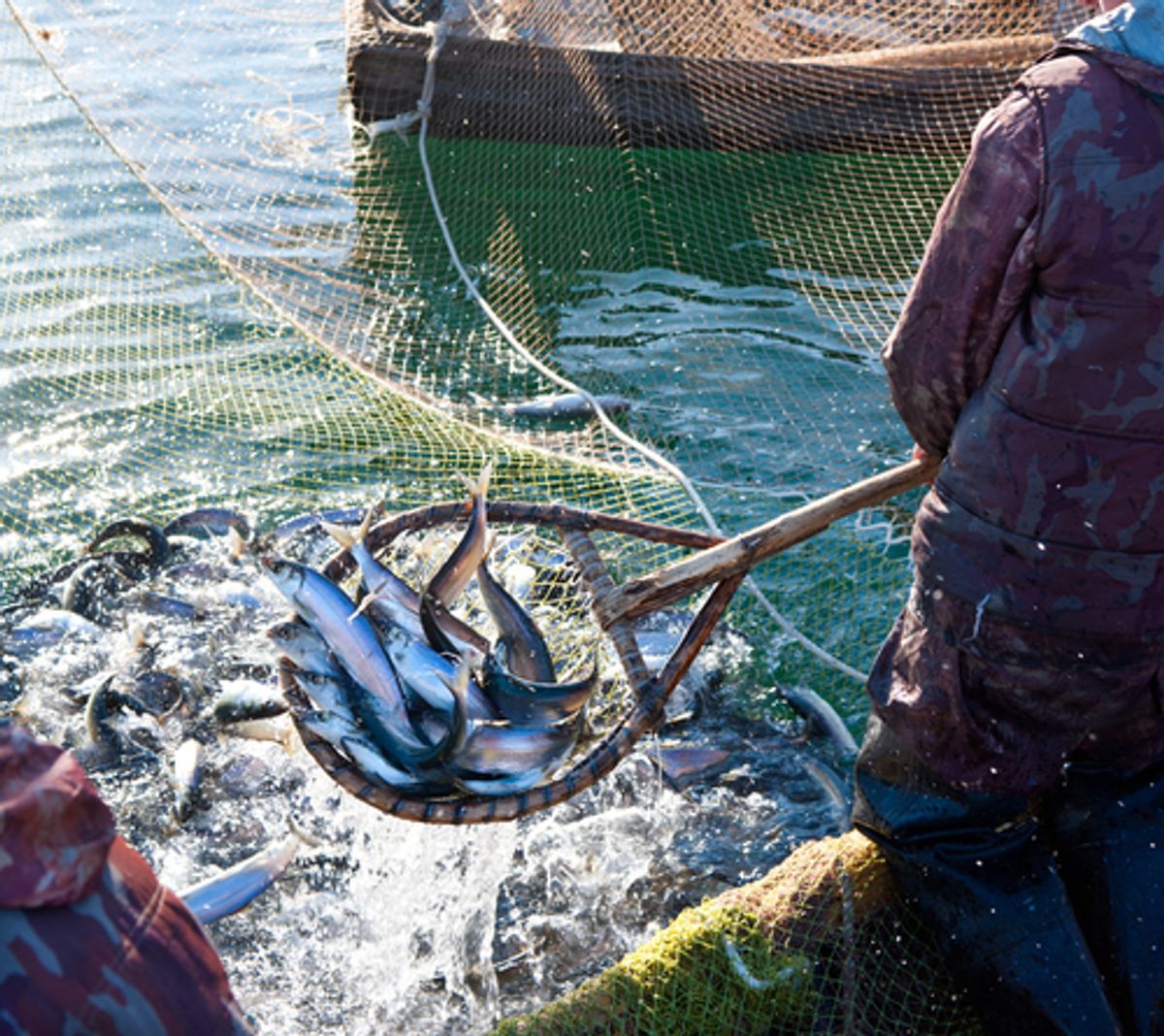 Just how bad is overfishing? Daunting-yet-solvable bad? Or "The End of Seafood" bad?

Different analyses -- some perhaps overly alarmist, and other definitely not alarmist enough -- will tell you different things. The Washington Post's WonkBlog calls attention to a new paper from researchers at the University of British Columbia that attempts to put the various opinions into context.

The report's authors, Tony Pitcher and William Cheung, call attention to recent studies such as this one, which found that over half of the world's fisheries have either collapsed or are at great risk of doing so: And, because that estimate is disputed, they include other metrics as well. What seems to be the most telling is this plot of effort put into fishing -- as measured by engine power and days spent at sea -- compared to the amount of fish actually caught: Their conclusion: Some fisheries are improving, but they're in the minority, while overfishing remains the norm worldwide.  "There are a few places where fisheries are doing better: The U.S., Australia, Canada, Norway," Pitcher told the Post. "But those are relatively rare. In most places, the evidence suggests that things are getting worse."