The countries most immediately at risk from climate change 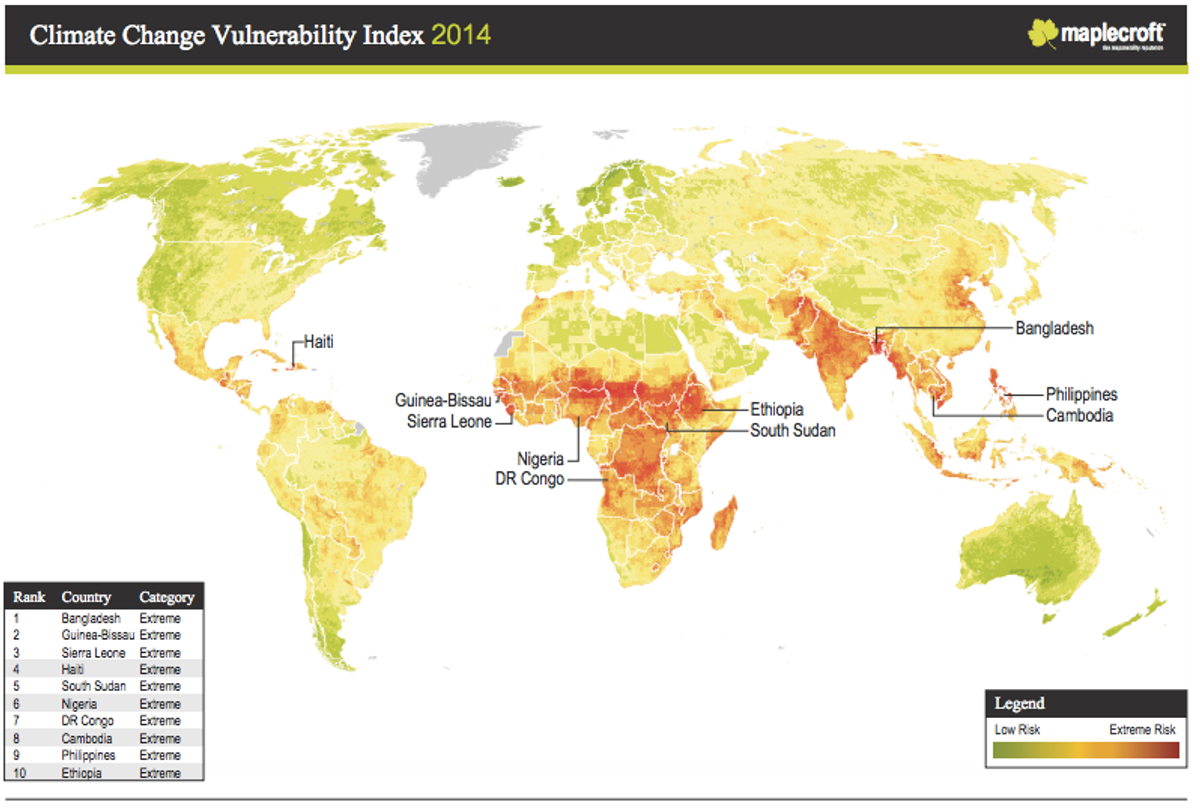 Yesterday's anniversary of Superstorm Sandy was as good a reminder as any of the threats from climate change that we'll all increasingly face in the future. But certain populations are more immediately vulnerable to the effects of a warming climate; in these places, the need to adapt is especially urgent.

In its sixth annual Climate Change Vulnerability Index, the global risk analytics firm Maplecroft took into account countries' exposure to climate change and the extreme events that come along with it, like storms, floods and droughts, as well as their sensitivity to those events and their capability of adapting. They used these factors to rank the risk, from "low" to "extreme," that 193 nations face by 2025.

The most "extreme" risk, based on their analysis, is faced by Bangladesh, followed closely behind by Guinea-Bissau and Sierra Leone. Bangladesh also faces the highest economic impact of climate change. By 2025, the report found, 31 percent of global economic output will be based in countries categorized as being at "extreme" or "high" risk -- including China, which ranks 61st in this analysis. As many of these are emerging markets into which global businesses are increasingly investing, the report highlights the need to invest, too, in infrastructure and other adaptive measures to help mitigate the threat.