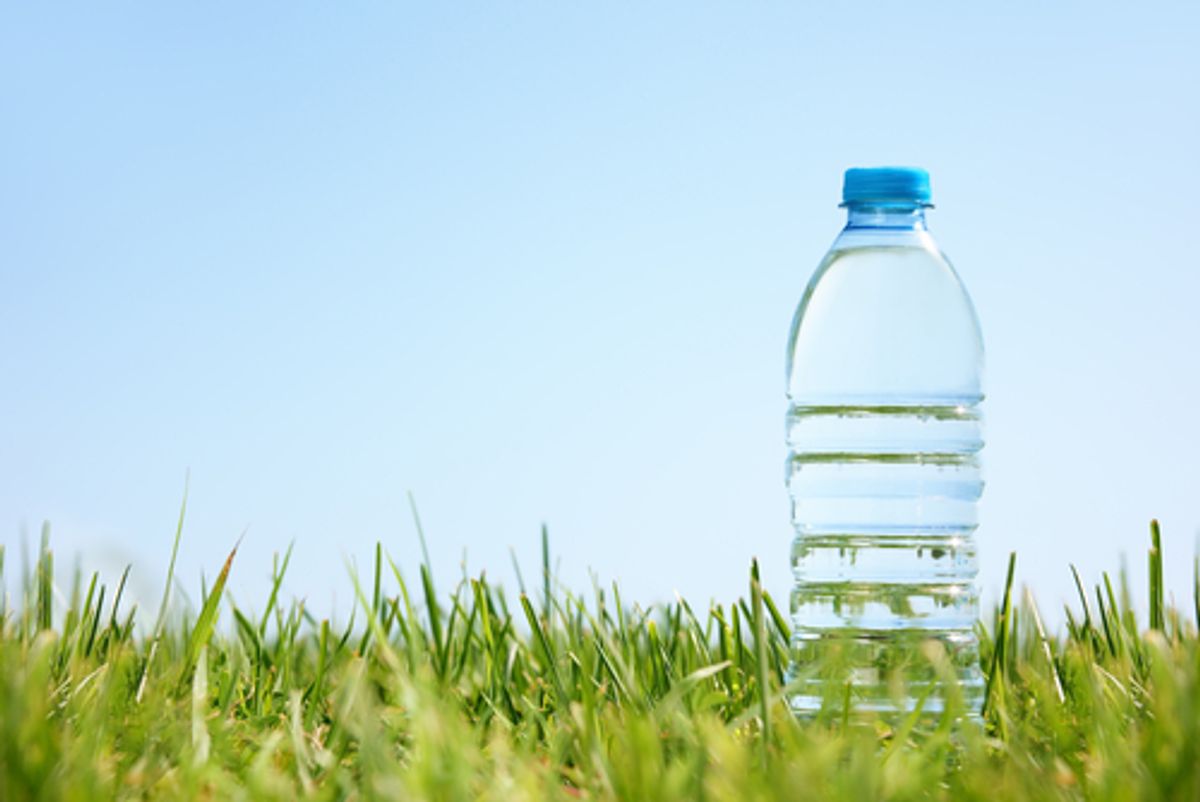 Despite it making about as much sense to waste your money on as a jar of sunlight, bottled water sales in the U.S. are continuing to rise -- threatening, even, to surpass soda. The substitution of soda with water is a great development, from a health perspective. And according to a new report from the International Bottled Water Association, an industry group, it's great for the environment, too.

The average liter of soda, the IBWA found, requires 2.02 liters of water to produce, while a liter of bottled water only calls for 1.39 liters. That makes it more sustainable, too, than beer (1 liter requires 4 liters of water), wine (which demands 4.74 liters) and most of all hard alcohol (34.55 liters of water).

When NPR looked more closely at the report, however, it found that it stopped way short of considering the entire chain of wastefulness that goes into producing and selling bottled water:

Bottled water companies (along with many other beverage companies) should include the water in their supply chain, says Ertug Ercin with the Water Footprint Network. Ercin says a true water footprint includes all freshwater used in production, including the water used for packaging.

"Packaging makes a significant footprint," he says, adding that three liters of water might be used to make a half-liter bottle. In other words, the amount of water going into making the bottle could be up to six or seven times what's inside the bottle.

Drilling for oil to make plastic, Ercin says, uses a substantial amount of groundwater. And you need water to make the paper, too, he adds.

It's letting the IBWA off easy to say it wasn't as thorough as it could have been. The group claims that one of its key tenets is “promoting an environmentally responsible and sustainable industry." But as the Daily Green puts it, their report does nothing to disprove the idea that bottled water is wasteful. Instead, it establishes that, at minimum, there's one bottle of water wasted for every three produced. It justifies the question: Why is this something to celebrate?