10 most haunted places around the world

In honor of Halloween, a look at the spookiest places on Earth -- including Japan's infamous suicide forest 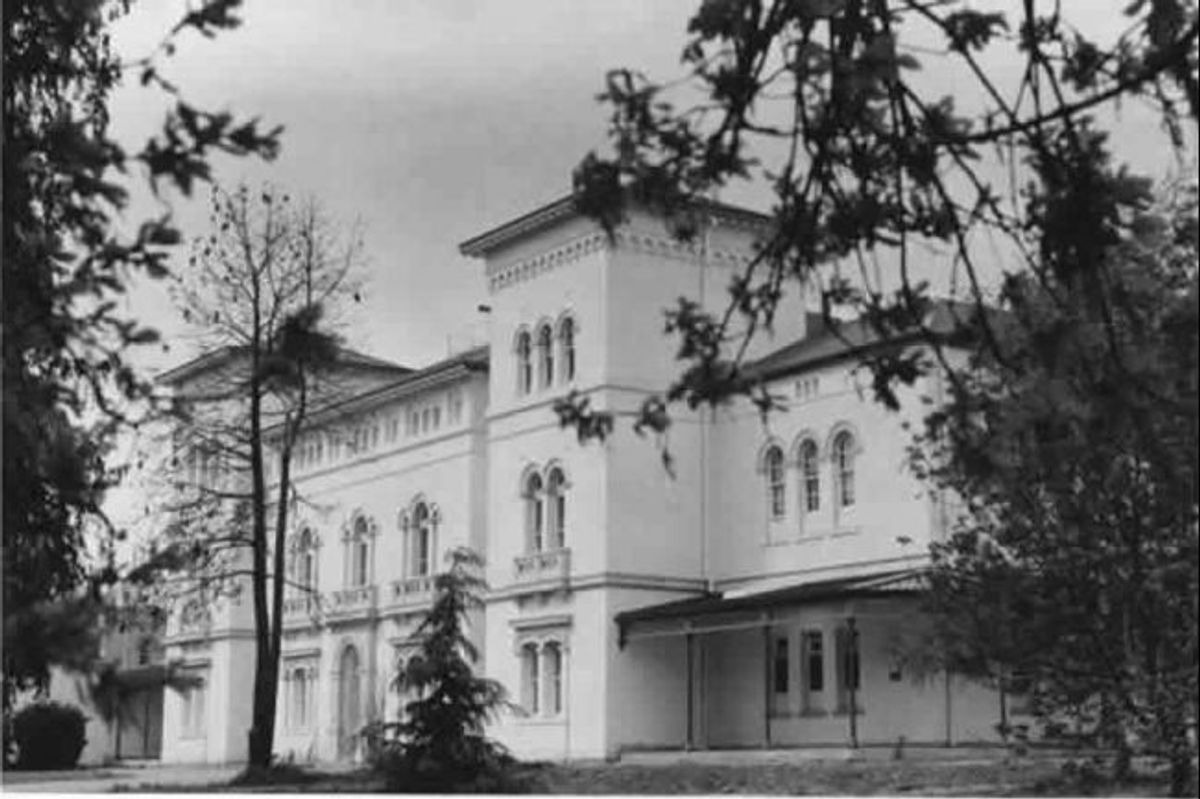 It's Halloween, and that means it's time to get spooky.

Here are 10 of the most haunted places around the world to help you get your spook on.

Abandoned asylums, for my money, are the creepiest places ever, and Australia has a good one. The Beechworth Lunatic Asylum — originally called Mayday Hills Lunatic Asylum — is located in Victoria, Australia. It served as a mental hospital from 1867 until 1995. At its highest capacity, 1,200 patients lived there. About 9,000 patients died in its 130-year history, and there's little doubt those souls are haunting it this very day. Visitors can take a nighttime ghost tour, to which I say, no thank you.

Elsewhere in Australia, you’ll find the Princess Theatre, which is haunted by a ghost named Frederici. According to lore, Frederick Baker, or "Frederici," was an Italian baritone singer who died on stage in 1888. He was finishing a performance as Mephistopheles in Faust when a trapdoor dropped beneath his feet and he fell beneath the stage, dying from a heart attack. For many years, the Princess Theater saved an open seat for Frederic at every opening-night performance.

If you're not scared yet, head over to India, where you'll find the Bhanghar Fort in the Alwar district of Rajasthan. The fort was built in 1573 and remains today a ruin of several temples, palaces, and smaller living units.

According to legend, the fort became cursed when a wizard who lived in the town fell in love with the princess of Banghar. Drawing on his skills in black magic, rather than on his interpersonal skills, he tried to woo the princess with a bowl of magic potion. It didn't work. She figured out the play and threw the bowl against a large boulder. The boulder was disturbed enough to start rolling, and it rolled right in the path of the wizard. As the wizard faced down the boulder, he cursed the town, saying that it would be destroyed and become uninhabitable. He was crushed to death. Soon after, the town was invaded and pillaged. Most of its inhabitants, including the princess, were killed. Those who lived abandoned the fort.

The wizard's curse remains, of course, and the ghosts of those killed continnue to haunt the fort. The Archaeological Survey of India, which manages the site, forbids anyone from staying at the fort after dark.

If you've ever visited this haunted place, you're way braver than I am. At the base of Mt. Fugi, you’ll find Aokigahara, Japan’s globally infamous Suicide Forest. Hundreds of people have journeyed into the forest to kill themselves amidst its dense trees and vines, so many people that the local police do annual sweeps to clear away the bodies. They no longer publicize the number of bodies discovered, out of fear that those numbers actually encourage suicides. In 2004, 108 people committed suicide there. Signs around the forest placed by local police plead with suicidal visitors to reconsider: “Your life is a precious gift to your parents” and “Please consult with the police before you decide to die.”

Understandably, many people believe that the forest is haunted by the souls of those who have died there. Others point to a different haunting origin, though. According to one legend, during times of famine in ancient Japan, families couldn't feed themselves. Some would be abandoned in Aokigahara, where they died of starvation. Those ghosts haunt the forest today, of course.

It's an all around terrifying place.

The Iulia Hasdeu Castle was built by Bogdan Petriceicu Hasdeu in Campina, Romania after the death of his 19-year-old daughter, Iulia. Hasdeu dedicated the castle and the rest of his life to lulia. He became a practitioner of spiritualism in an attempt to reconnect with her spirit, and designed one room in the castle solely for the purposes of these daily spiritual exercises. Its walls are all black. Iulia reportedly haunts the castle still, walking through the courtyard in a white dress and holding daisies. Oh, and she still plays the piano each night.

The Hell Fire Club on Montpelier Hill was built as a hunting lodge in 1725 and reportedly became a gathering place for a small group of Dublin elites who met for debauchery and devil worship.

Tales of animal sacrifice, black masses, cloven-hoofed men, and murder surround the structure. It's another popular destination for tourists and ghost tours.

This one doesn't look like your typical haunted castle, creepy forest, or old ruin, but its story is sad and terrifying.The Manila Film Center is reportedly haunted by the ghosts of workers killed during a tragic construction accident. At 3 a.m. on Nov. 17, 1981, scaffolding at the site collapsed burying about 169 workers in quick-drying cement. No rescue teams were allowed at the site for nine hours. Reports differ on just how many workers were killed, but it’s possible that several bodies remain entombed in the structure.

Back to haunted castles: Dragsholm Slot, or Dragsholm Castle in Denmark. The original castle was built in 1215. In the 16th and 17th century, parts of it were used to house prisoners of noble or ecclesiastical rank. It was rebuilt in a Baroque style after 1694, and is thought to house at least three ghosts: a grey lady, a white lady, and the ghost of one its prisoners, James Hepburn, the 4th Earl of Bothwell.

The are lots of haunted places in the United Kingdom. The most famous is the Tower of London, but that's kind of played out, so here's a slightly less famous haunted spot: Raynham Hall in Norfolk, which is haunted by the “Brown Lady,” so named because she appears wearing a brown brocade dress.

The Brown Lady is thought to be the ghost of Lady Dorothy Walpole (1686-1726). The sister of Robert Walpole (the first prime minister of Great Britain), she allegedly had an affair with a local lord, Lord Wharton. According to one story, her husband, Charles Townshend discovered the affair and locked her in their home at Raynham Hall. Another story claims that it was Lord Wharton’s wife who somehow managed to arrange her entrapment. Either way, Dorothy was locked up. She died, and her soul was freed to haunt the castle.

The Brown Lady has been spotted many times, first in 1825, when guests at a Raynham Hall Christmas party retired to their rooms. The most recent sighting was Sept. 19, 1936, when a photographer for Country Life magazine snapped an iconic photo of her. It appeared in Country Life and then again in Life magazine. It was probably a smudge on a lens or a double-exposure. Or maybe not. Either way, the Brown Lady became famous.

We'll end with another story of a woman locked in a castle. This one comes from France. TheChâteau de Châteaubriant was built in the 11th century. The haunting dates to the 16th century, and the story of Jean de Laval and his wife Françoise de Foix. King Francis I asked de Laval to assist him at court, and Françoise joined him there, becoming the lady in waiting to the queen. She also became King Francis’ mistress. She died on Oct. 16, 1537 under mysterious circumstances. It was rumored that de Laval had learned of her affair and locked her in a room until he could poison her. Now, every year, on Oct. 16, Françoise walks the halls of the Château.