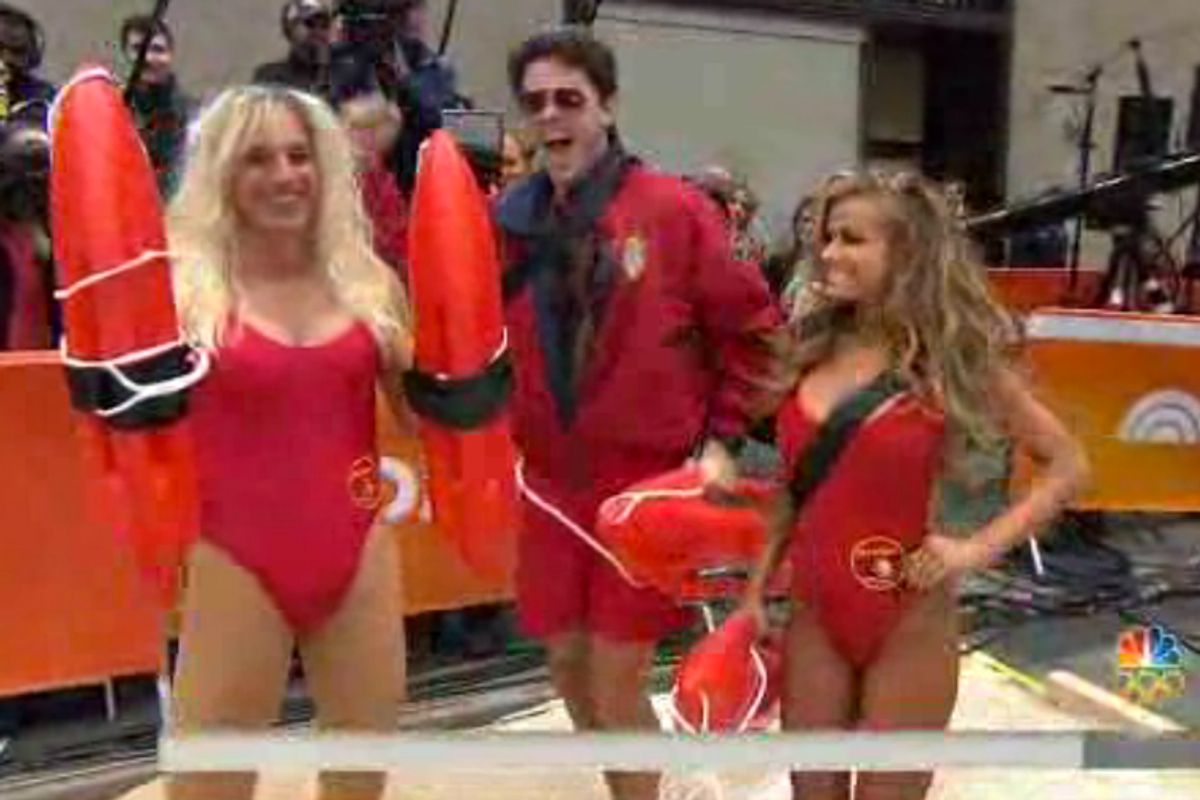 Here is Lauer hamming it up for the camera:

Paying homage to old television shows, "Today" anchor Al Roker burst onto the scene as his idol Mr. T, aka B.A. Baracus aka "The A-Team": Natalie Morales and Savannah Guthrie were Laverne and Shirley, Hoda Kotb and Kathie Lee went as "The Flinstones'" Betty and Wilma, and Carson Daly rode in on a motorcycle with "CHiPs" star Erik Estrada: Watch the full intro, below: