Obamacare is a mess, and liberals need to fix it

As policy and P.R., the ACA is in trouble. Democrats need to acknowledge that, and make it work for everyone 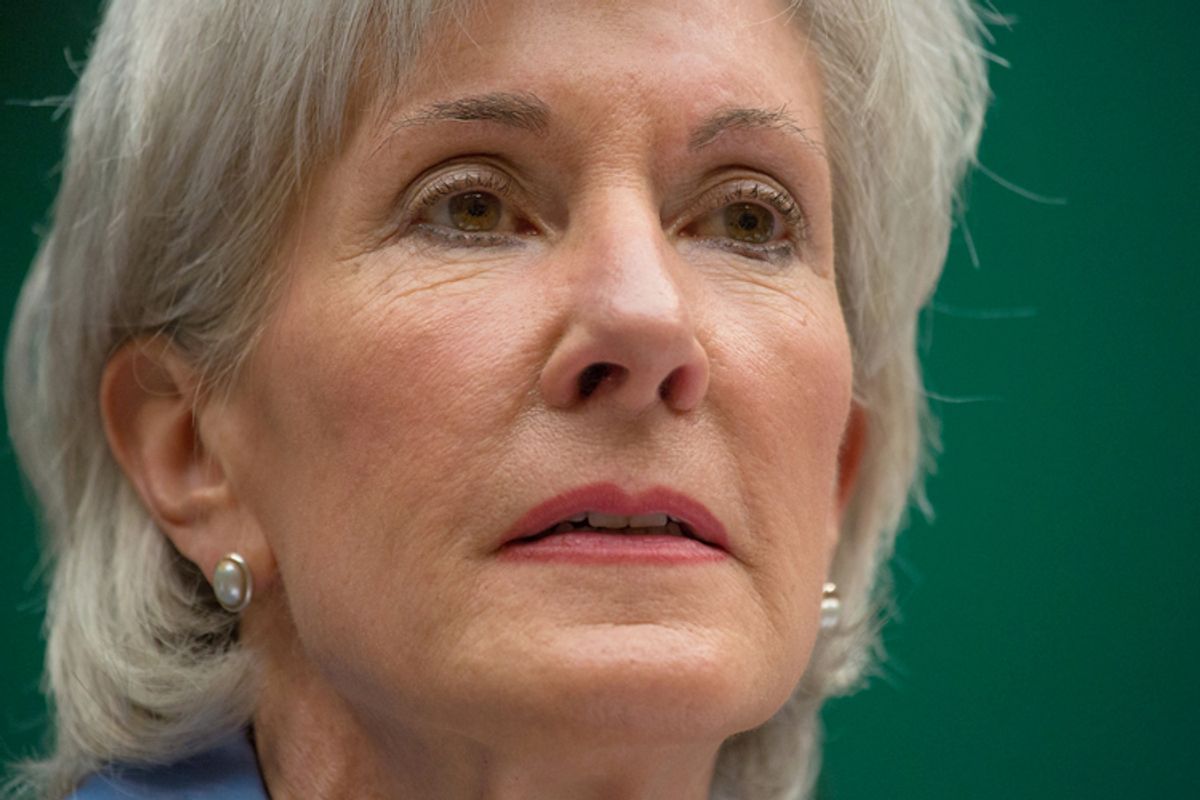 It has been a pretty lousy month for the idea that the American government is capable of expanding access to healthcare to the uninsured and underinsured. The polls -- or a poll, at least -- are in, and people don't like President Obama anymore.

Nearly all the news Americans have seen regarding the rollout of the exchanges -- the things that people are referring to when they say "Obamacare" -- has been relentlessly negative. The site doesn't work. The president told everyone that they'd get to keep their existing plans, now it turns out that many, many people can't. Some people now have to pay way more than they used to. Rates could skyrocket for everyone if enough people can't or don't want to sign up. This is what everyone -- including people who only barely pay attention to the news, which is many millions of Americans -- has been hearing, over and over again, for a full month now. That's bad news for the success of the law, and it's also bad news for the liberal experiment.

First of all, yes, Brian Beutler is totally correct, the people using these stories for political gain are over-hyping the problem, disingenuous and wholly uninterested in the principle of universal healthcare. That's a given. In most instances, the policies being canceled are terrible fake policies that don't cover anything. Generally, the policies now available to these people will offer superior coverage. Many of the people whose policies were canceled will qualify for subsidies to buy better coverage. It's also quite possible -- maybe probable -- that insurance companies are intentionally trying to up-sell people on plans that will cost more out of pocket than other plans available on the exchanges. We know all this, because we read all the smart liberal bloggers. Most Americans don't! For most Americans, Obamacare is, so far, canceled plans and a nonworking website.

This biggest problem is that the website just isn't functional, but let's take the administration at its word when it says that will be fixed in November. That's not going to be close to the end of it. Which is why Republicans spent more time hammering Health and Human Services Secretary Kathleen Sebelius about Obama's "you get to keep your plan" line than the site troubles: They know it's going to be a longer-lasting and more damaging story. Even if the website is fixed in a few weeks, these stories will continue to dominate the news for months.

And not just the news outlets that political elites pay attention to. People with canceled plan letters and "rate shock" horror stories will be featured on local news broadcasts across the country, with even less context and explanation that you'll find on the national news, because local TV news is pretty uniformly terrible. And they'll keep getting featured, because there are simply going to be a ton of people who get their policies canceled and then get asked to pay more. Sarah Kliff estimates 7-12 million people. That's a fraction of the total population, and many of these people may now qualify for Medicaid or subsidies, but that's still a lot of people deeply frustrated by "Obamacare" right as it begins its much-publicized rollout.

All of that is exactly why this is a dumb way to give people health insurance. This is a program that, by design, is going to annoy literally millions of Americans immediately. It will improve most of those people's lives, but it will do so in a way that feels as coercive as possible. It didn't have to be that way! No one is ever annoyed that they qualify for Medicare or Medicaid. People may hate paying the taxes that fund those programs, but people always appreciate direct benefits.

The way the ACA deals with people who had previously purchased crappy insurance on the individual market -- and the way insurance companies have chosen to deal with these people -- illustrates nearly every problem with attempting to design conservative, "market-based" ways to do things best done by straightforward government programs. It exposes the flaws in both the technocratic wing of the Democratic Party -- a too-clever solution to a very simple problem -- and the centrist third-way wing -- making legislation intentionally worse to shield Democrats from increasingly ineffective accusations of liberalism, or to pick up Republican support that, in this environment, is never coming. So we end up with a program that hides many of its best and most important features, and loudly advertises its most coercive element.

Democrats created this mess for themselves. Conservative Democrats are responsible for many of the program's flaws, and, perversely, their attempts to shield themselves from public outrage ended up creating a law that will lead to more public outrage than a more government-oriented program would've. But the program was designed by moderate and even liberal Democrats. They were working to appease the conservatives, yes, but we should have long since learned that a conservative congressional Democrat will only ever agree to something if you promise to make it a little bit, or a lot, worse. In other words, the ask should've been bigger.

There's probably not an alternate scenario in which single-payer would've been achievable in 2009-2010. It may even be true -- though I don't think it is -- that this is the best possible deal liberals could've gotten in this political system and in that environment. And obviously the law is a net good. Any pragmatic left-liberal should prefer to live in an America with the ACA than one without the ACA. Millions of Americans are going to be helped. Lives will be saved and improved. It's just that it's going to help millions of Americans in a way that will make it even more difficult to create and sell future programs and reforms that will help millions of Americans.

The immediate political problem is that the president spent a bunch of time saying "if you like your plan, you can keep it," and now there are literally thousands of people who can go in front of television cameras and say that's not true. That's a bad look! Yes, insurance companies are partly to blame, and news organizations are leaving out important context when they report these stories, but it's still true that the president repeatedly said something that turned out not to be the case. This is going to discredit government interventions into healthcare, the economy, the environment and every other major problem that requires urgent intervention.

So what is to be done? Democrats who aren't Obama should already be working on easy-to-grasp proposals to "reform" the ACA -- to make it more public and less private. The immediate priority -- and progressives running for office in 2014 and 2016 should practice saying this out loud -- is fixing Obamacare. Not just the website, but the coverage gaps, the ways insurance companies will continue to exploit people and rip them off, and the potential for the cost burden on middle-class people to grow.

Liberal Democrats need to propose real, old-fashioned liberal solutions to the real problems of the ACA. Things like federalizing Medicaid, to take care of people in states where the expansion has been blocked, and lowering the Medicare eligibility age. And they need to reintroduce the public option. None of that is attainable now, but it could be in the near future. That whole package ought to be pushed for by unions and by activists in primary elections. The message needs to be nakedly populist -- "make Obamacare work for you instead of the insurance companies" -- and made without the fear of conservative backlash, because conservative ideas are unpopular. And Democrats in Congress ought to begin seriously agitating for Medicare-for-all, both because it is the correct policy, and because doing so will make everything else seem more "reasonable."

Most of the measures I mentioned, of course, are broadly popular already, but considered politically impossible. The reason for that is simple: Rich people don't care about the broken national healthcare system. Some rich people are rich because of it. And rich people are the only people Congress listens to. So liberals must find rich people who can be convinced to care about these things. Liberals need rich people to spend a lot of money, and to use their ability to get politicians to listen to them, to promote those things. This isn't going to be easy, but finding enough amenable rich people would probably help liberal healthcare reformers more, and more quickly, than almost anything else. (I don't know how to find them, unfortunately. I guess look around Davos?)

It's still possible that things will look very different in six months. In the best-case scenario, the "canceled" plans will have been largely forgotten about, the exchanges will be up and running, more people will have affordable coverage, and even the polls will look less terrifying. Even then, in that best-case scenario, liberals who want the ACA to work, and who believe in the possibility of improving things through the existing American political process, will still need a plan for fixing this deeply imperfect system.