Report: Japan is hunting its whales and dolphins to extinction 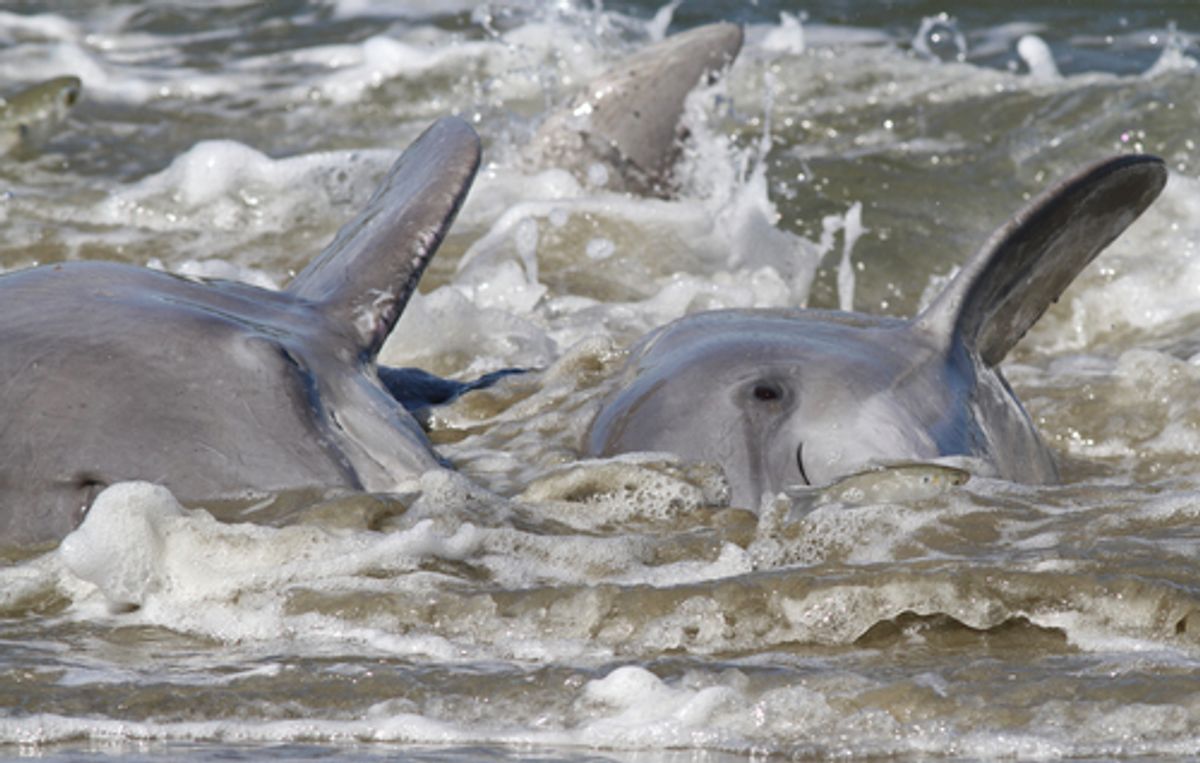 Coastal hunts for whales, dolphins and porpoises -- a tradition said to go back centuries -- are going wildly unchecked in Japan, according to a new report. From the Guardian:

The coastal hunts, which include the controversial slaughter of dolphins in Taiji are no longer sustainable and should be phased out over the next 10 years, the London-based Environmental Investigation Agency said in a report launched in Tokyo on Thursday.

...The EIA estimates that more than a million whales, dolphins and porpoises have been killed in Japanese waters in the past 70 years.

A lack of transparency in the "archaic industry," activists say, is responsible for an unsustainable number of smaller cetaceans killed annually. Catch limits set by the Japanese government, the EIA found, can be almost five times higher than the safe limit -- most of the quotas are set based on data that's 20 years out of date, and don't accurately reflect current population sizes.

Demand from aquariums and sea parks around the world is contributing to the overfishing -- in China, a live dolphin can sell for as much as $98,000. But they're also in demand as a food source. And according to the report, this makes little sense: Consumers of cetacean meat are at risk of ingesting dangerous levels of mercury and other toxins. People in one dolphin-eating community, the BBC reports, were found to have five times the normal mercury levels.