Women in the workplace isn't just about feminism, it's economic necessity with the GOP-shredded safety net 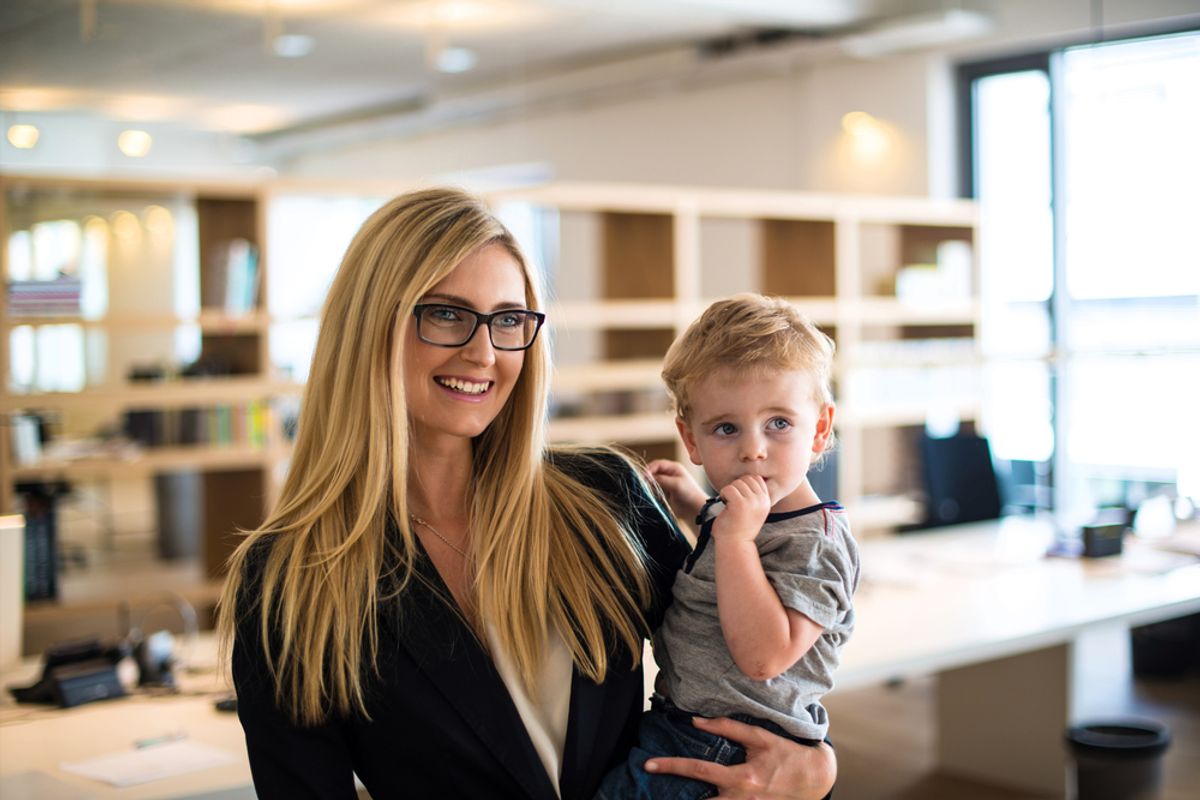 During a HuffPost Live segment last week titled “Masculinity Now,” Vice co-founder Gavin McInnes aired a series of expletive-laden perspectives on modern femininity, none of them positive. While McInnes’ host and co-panelists maintained their calm, the blogger and publisher ranted that “feminism has made women less happy,” citing cultural pressure to “feign” toughness and inappropriate presence in the workforce as culprits.

In short, McInnes’ claim is that the majority of women are naturally predisposed to derive satisfaction from “being domestic and shaping lives” rather than from labor market work. McInnes’ intuition is essentially a condensed and profanity-laced version of a common conservative sentiment. The issue was last raised on the national stage when Hilary Rosen made the fateful mistake of suggesting that Ann Romney, the wife of then presidential hopeful Mitt Romney, had never worked. Romney retorted by quoting her husband to Fox News: “Mitt said to me more times than you would imagine, 'Ann, your job is more important than mine … your job is a forever job that is going to bring forever happiness.’”

The sort of happiness McInnes and the Romneys refer to when they speak glowingly of motherhood and childcare does sound blissful. Unlike the temporal and profane world of labor for monetary gain, caring for one’s family is routinely imbued with a sort of transcendent, sacred quality. Descriptions of this sort have the effect of casting aspersion on women who work outside the home: With this sort of happiness awaiting you, why would you hold a job?

The reality is, of course, that McInnes and the social conservatives who share his views imagine a particular familial arrangement not only in which the husband is the sole breadwinner, but is successful enough in that capacity to render a second household income unnecessary. But our analysis of 2012 census data shows that most families with two incomes rely upon the wife’s work to stay afloat financially. The census reveals that out of 59 million married couples, 36 million feature wives with positive earnings. When we subtracted the wives’ incomes from those 36 million families, roughly 7 million fell below the federal poverty line, with another 6 million falling below 1.5 times the poverty line, and a further 6 million falling below twice the poverty line. Thus, were the incomes of working wives to be suddenly subtracted from their families, a full 54 percent of families with two incomes would be in or near poverty.

As Elizabeth Warren and Amelia Tyagi illustrate in their 2009 book "The Two-Income Trap," American families with two incomes do not generally put their second income toward extraneous or extravagant purchases, but rather use the boost to keep up with the rapidly rising costs of housing, transportation, healthcare and tuition. So it should not be surprising if McInnes and his cohort are correct: With the dual burdens of supporting family life emotionally and financially bearing down on parents, a certain amount of anxiety is natural.

Fortunately, reduced financial circumstances or limited time with one’s children are not the only two options available.

In 2007, Dutch psychologist and journalist Ellen de Bruin spelled out the solution in her book “Dutch Women Don’t Get Depressed.” (De Bruin submits that the title is somewhat tongue-in-cheek – of course some Dutch women get depressed; nonetheless, the Netherlands routinely scores highly on global surveys of happiness and well-being.) Dutch women, by de Bruin’s account, have it all: happy families and time to spend with them, as well as the precise level of employment they want, and not more. Most Dutch women elect to work only part-time. In fact, less than 40 percent of Dutch women report that they do not work less due to financial necessity. In other European countries, the number of women who are unable to work fewer hours due to financial necessity is well over 50 percent. The secret, of course, isn’t in the water: It’s in the government programs that fill in enormous expense gaps, leaving Dutch women financially able to fit work into their lives rather than their lives into work.

It is notable that freedom from financial anxiety works wonders for fathers, too; in countries where healthcare is universal and reliable and wages are fair, there’s less need to spend weekends and holidays toiling at the workplace, even in families with only one full-time income.

But the American social conservatives who advocate for women to spend less time in the workforce and more time in the home rarely advocate for the creation or expansion of programs that would support their goals. They operate in a fantasy world in which it’s possible to turn back the clock to the middle of the 20th century – or a television version of it, anyway. But in the real world, poverty and inequality militate powerfully against family life, rendering marriage an unattractive option and child rearing stressful and financially perilous. Anyone interested in promoting participation in family life should thus look to the nations that have managed to do just that.

Conservatives’ refusal to consider strategies to better support family life is telling. If there are programs that would make child rearing and domesticity more appealing options for mothers – and there are – then the question becomes: Why do social conservatives ignore them or even resist them? The answer is likely evident in McInnes' own explosive tirade: The toothless advocacy of women returning to the home without increased programmatic support suggests an interest in encouraging female dependency upon male partners rather than a genuine interest in loving, stable family life. Those who would push women out of jobs and into the home without any recourse aside from the potentially inadequate earnings of their partners are not seriously concerned about the well-being of mothers, fathers and children; rather, they’re invested in a particular kind of gender power structure that leaves families poor and unhappy.

Liberating women (and all people, for that matter) from the depressing tyranny of the boss has been a long-standing leftist project. McInnes and other social conservatives pay lip service to such liberation when they talk about the unhappiness of working women, but they tend to advocate solutions that merely replace the tyranny of the boss with the tyranny of the spouse, and lock breadwinners into similarly grim straits. The proper aim is to free women and their families from both forms of control, and for that, robust social income and benefit programs like those found in European social democracies are the proven ticket.