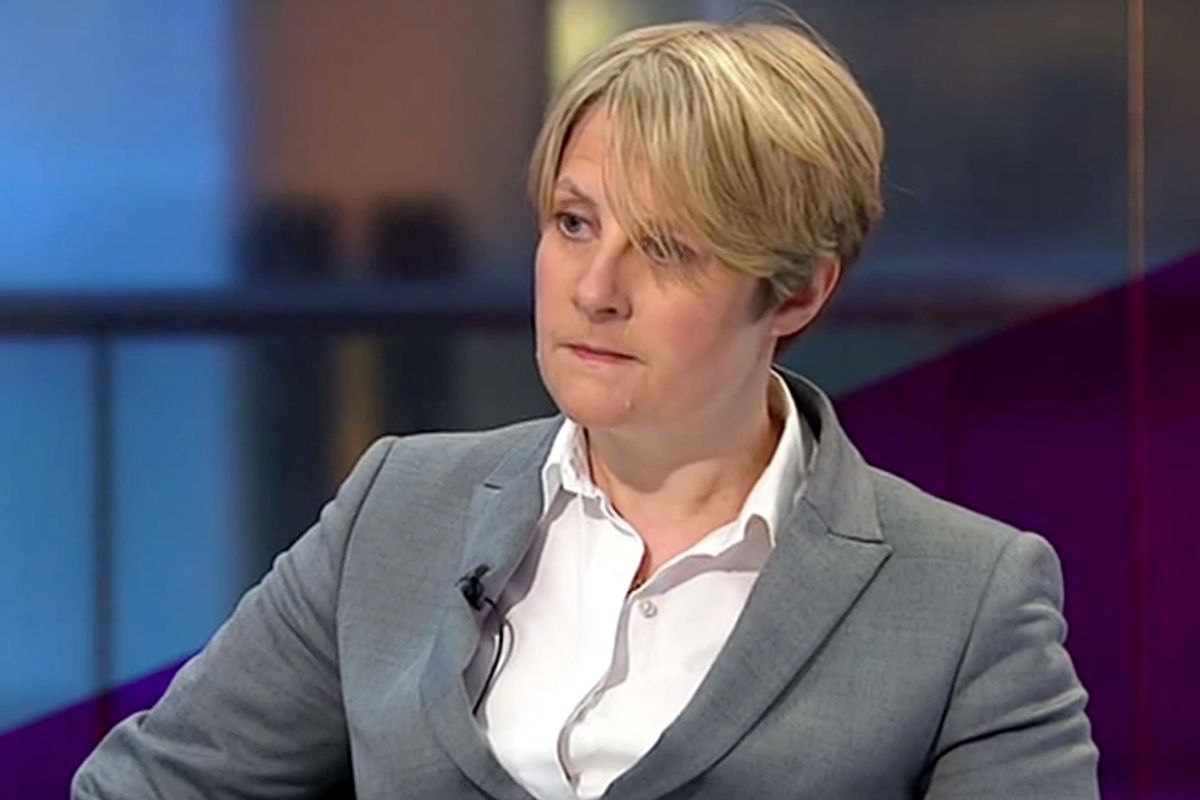 Well, I guess somebody's got to take the "Maybe rape's not so bad" stance. Meet British attorney Barbara Hewson.

In a debate this week at the London School of Economics called "Is Rape Different?" Hewson criticized the "ideology of sexual victimization" and expressed doubts about the "long-term damaging effects." She also argued against rape as a "morally absolutely unambiguous" with the victim "utterly innocent" and the "victimizer ... utterly guilty." As Hewson puts it, "The law does not attribute any responsibility now to the victim of rape whereas traditionally we know the judge would say when they came to sentence, 'Well, she was contributorally negligent' or something like that ... It does seem to me something a little sanitized about the idea that [when discussing rape] we cannot even have a discussion about the moral responsibility whatever people may want to say about the legal responsibility."

Not every sexual assault case is the same, nor is every sexually ambiguous encounter a rape. But based on her statements, Hewson must live in a different rape culture from the rest of us. Because in mine, you don't have to look too far to find stories of rape in which the victim is portrayed as anything but "utterly innocent" or free of "any responsibility" in her sexual assault. In August, a Montana judge declared that a 14-year-old student whose 30-year-old teacher was convicted of raping her was "older than her chronological age" and "as much in control of the situation" as her rapist. It was a sentiment similar to one U.K. Judge Nigel Peters expressed when sentencing a man of "making extreme pornographic images and one count of sexual activity" with a 13-year-old girl, in which he stated that "the girl was predatory and was egging you on." Also this year,  the Wright-Patterson Air Force Base offered sex crime prevention tips to women like "Socialize with people who share your values," while Air Force Chief of Staff Gen. Mark A. Welsh III equated rape with "the hookup mentality of junior high." During the 2012 Cleveland, Texas, gang rape trial,  defense attorney Steve Taylor told the jury, "Like the spider and the fly. Wasn’t [the victim] saying, ‘Come into my parlor, said the spider to the fly?'" At the time of her assault, the girl was 11 years old. Just last month, Slate's Emily Yoffe was plenty eager to tell women what their "responsibility" for rape is, urging them to "Stop Getting Drunk." See also: a large portion of the crap the Wall Street Journal permits James Taranto to say and then pays him money for. We live in a world in which a woman can be abducted, imprisoned and raped for years, and there will be people who accuse her of "milking it," one in which a woman can be gang-raped literally to death and the defendants' lawyer will call her "wholly responsible." So I'm just going to go ahead and say that maybe the issue of victim accountability is not the No. 1 problem facing us in sex assault cases.

So yeah, Hewson, when on earth are women ever held responsible for whatever bad things happen to them? Um, I don't know – Steubenville,  Rehtaeh Parsons,  Daisy Coleman, etc., etc., etc., to infinity? And in answer to the question, "Is rape different?" yes, it is. It's a crime whose victims are frequently doubted, shamed and blamed. You don't get that much hateful garbage thrown your way when your laptop is stolen, I assure you. Rape is different as hell, in that it's one of the few crimes that our culture encourages victimizing the person long after the assault is over.